Fears of a riotous Democratic convention are overblown: The DNC still has time to unify the party

it's understandable Dems are nervous about the convention, but treating Bernie with respect will quell tension 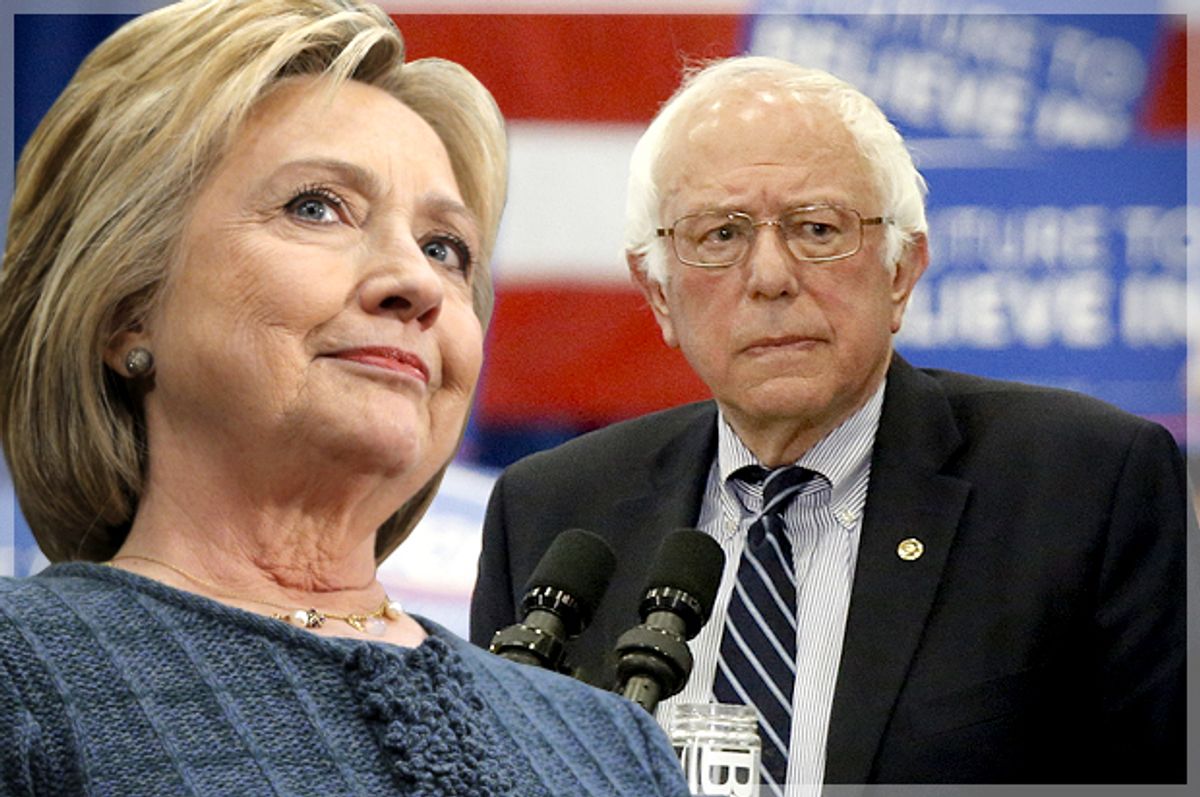 Bernie Sanders' aggressiveness in recent days is fueling concerns about a riotous convention in July. “A growing number of Democrats,” a Wall Street Journal report says, “are bracing for a divisive and disorderly July presidential convention in Philadelphia that could damage the party and expected nominee Hillary Clinton.” The panic springs, in part, from the news that various pro-Sanders groups are preparing protest events at the convention, which could certainly make things awkward.

Doug Schoen, a Democratic pollster, told the WSJ that divides within the party “appear to be widening, not narrowing, in ways that could be calamitous, particularly if there is ongoing chaos at the Democratic convention.” The unruliness in Nevada last week has surely added to fears of this sort.

As the Democrats muddle through their contested primary, the Republicans are obediently falling in line. The #NeverTrump movement died a quick death and was succeeded by a parade of once-principled Republicans pretending they didn't spend the last several months arguing that Trump was dangerously unfit for office. “Now that he's the nominee,” said one Republican donor, “there's a gradual recognition and understanding that we're going to be helpful to him.” Such is the posture taken by more and more Republicans these days. It seems a Clinton administration is more perilous than electing a hate-baiting reality TV man with zero political experience and even less composure.

Against the backdrop of a unified Republican front, it's not surprising that Democrats are nervous about the convention. “It is time for the rhetoric to start to come together around helping our team win,” said Sen. Tim Kaine, “I think it was very plain after the results of this week that Hillary will pass the threshold, and likely by a lot.”

Much of the convention-related worries are misplaced, however. Intraparty squabbles are banal and part of the process. It's possible that enough Sanders supporters could stay home in November to make things interesting (that's a legitimate concern), but this notion that the convention will descend into chaos is silly. There will be protests outside and undoubtedly some disagreements about the platform. However, this is healthy and hardly a reason to panic.

As for Sanders himself, a report at BloomberPolitics suggests he'll do what he said he'd do all along: support the party's nominee and work to defeat Donald Trump. Sen. Dick Durbin, the No. 2 Democrat in the Senate, admitted to receiving a call from Sanders this week, during which Sanders eased tensions about a possible revolt. “We talked about the demonstrations and such,” Durbin said. “I am convinced, as Bernie has said repeatedly, he is going to be on the team to defeat Donald Trump. I don't have any questions in my mind.” After yesterday's news that Sanders's is increasingly frustrated over the DNC's support of Clinton, this is a welcomed development.

According to The Washington Post, moreover, the Democratic National Committee is already planning to offer concessions to Sanders at the convention – seats on platform committees, for example. More will have to be done, but this is an important first step and an indication that the party understands the landscape.

There's no question Sanders needs to pivot at some point. If he refuses to accept that he's lost or decides to burn the party down on his way out, the Democrats will have a problem in the general election. But there's plenty of time for reconciliation. And if the DNC treats Sanders with the respect he's earned, as the above report suggests, the convention will be catastrophe-free.