The politics of words: Elitist liberals must stop mocking the simple language of Donald Trump 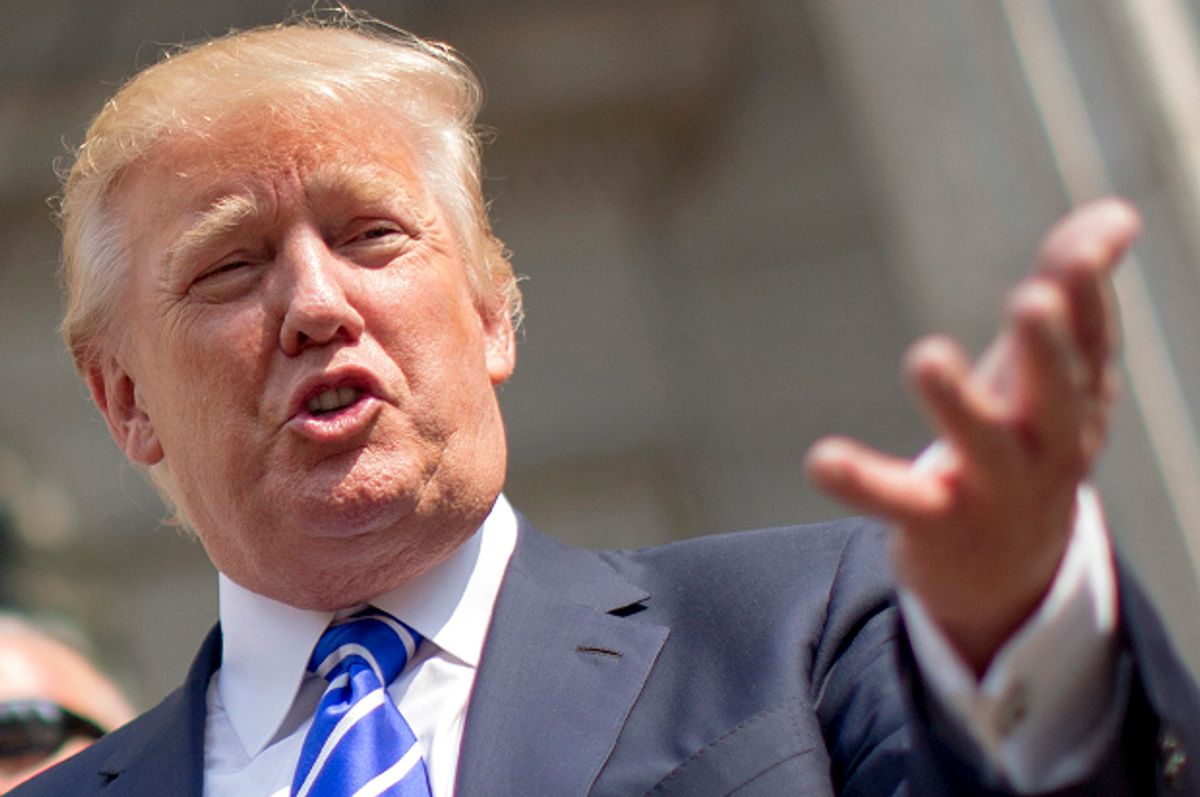 On Nov. 6, the night before the 2000 presidential election, George W. Bush stood before a crowd in Arkansas and declared, “They misunderestimated me.”

Indeed, they had. In Emmett Rensin’s evisceration of smug liberalism, he describes how the media openly speculated whether Bush was up to the mental challenge of a one-on-one debate beginning when he ran for governor of Texas in 1994 and in every political contest thereafter.

Bush delivered so many “idiotic” quotes they became their own class of expressions: Bushisms. Bushisms from his 2000 election campaign include, “Rarely is the question asked: is our children learning?” and “Reading is the basics for all learning.”

Bush fulfilled the liberal stereotype of the “dumbass hick” in part because he didn’t “talk right,” Rensin argues. Indeed, had Bush truly been as stupid as many liberals believed, he would have been unable to pardon a turkey, much less govern the country. Viewed in another light, Bush was the Harvard-educated son of a president with his fair set of accomplishments – hardly a lightweight.

None of that mattered because he spoke funny. He was an "idiot."

Not speaking right is an unforgiveable sin. The highly educated, which tend also be the highly liberal, believe the way they speak is the only intelligent way to speak. One must understand syntax and the parts of speech, and have waded through dense academic texts to learn the appropriate use of pretentious jargon such as utilize, phenomenon, categorize, all very effective at dressing up arguments and making them seem more scientific.

Scientists, lawyers, and those in highly specialized fields must use technical and complex language. Politicians like Bush (and Donald Trump, also scorned for his language) do not.

That words can be considered “smart” or “dumb” at all is built on a view of literacy as connected to formal schooling. The English taught in an English literature class is the correct English, any slang or other way of speaking is incorrect.

This goes beyond being merely snobbish to being classist. Neither does it acknowledge how racist and sexist is our use of language. The best English is the English of educated white men. Many have argued black children need to learn to switch from Black English to “Standard American English” (read: white English) to do better at school. So-called ‘masculine’ speech patterns show intelligence and assertiveness, while ‘feminine’ speech patterns are something for women to overcome so they can show how intelligent they truly are.

Linguistic intelligence is considered the best kind of intelligence – or, indeed, the only kind of intelligence. Pity the successful plumber at a dinner party of academics – he may have mechanical skills and be intelligent enough to navigate the complex world of business, but if he cannot eloquently discuss the feminist implications of Beyoncé’s "Lemonade," he may be written off as somewhat dim.

Throughout history, the educated elites have even stronger language barriers. In medieval Europe, literate priests wielded power and controlled what the illiterate peasants learned and believed. In aristocratic Russia, the nobility spoke French, while peasants spoke Russian. Eventually, these class divisions were impossible to maintain.

Yet, the attitude justifying such divisions remains. In politics, advocating the use of simple, straightforward language is met with the cry that you are “dumbing down” political discourse. It is telling the argument is not that simple language misrepresents ideas; rather, it is just dumb. Simple is stupid, complicated is intelligent, and it is the audience’s fault if they are too dumb to understand.

This attitude is smug and counter-productive. Using simple language is not “dumbing down” political discourse. It is understanding that being understood is more important than using sophisticated language.

Good orators like Martin Luther King Jr. and Bill Clinton show how powerful ideas can be expressed in simple terms. Clinton excels at describing thorny economic and political concepts in ways that resonate with wide audiences. King’s “I have a dream” was the rallying cry of an intelligent and radical idea to end segregation and live in a world free of racism.

I can imagine someone countering that the problem Bushisms was not that the language was simple, but that it defied all rules of grammar and syntax, which it undoubtedly did. But is this truly a problem?

In his 1946 essay “Politics and the English Language,” George Orwell argued it wasn’t. He claimed the defense of the English language had “nothing to do with correct grammar and syntax, which are of no importance so long as one makes one’s meaning clear….”

Politicians need to make their meaning clear to many people, which is possible even with Bush’s garbled syntax, Donald Trump’s sentence fragments, and Sarah Palin’s run-on sentences. Trump, in fact, is very good at using emotional language to clearly communicate his messages.

As sociologist Neil Gross recently wrote, part of the reason for Trump’s appeal with working-class voters is that he does not use the language of the highly educated. Rather, he mocks that language, exploiting class resentments.

This is the danger of using language to lock large swaths of society out of political discourse. It leaves them vulnerable to the populist rhetoric of a demagogue like Trump, who speaks a language people understand. The educated liberals steering the Democratic Party would do well to stop scorning simple language and start embracing it.