Upgrading religion for the 21st century: Christianity is forcibly evolving to cope with science and progress

The impact of Christian relativism: To remain a dominant force, formal religion must bend and adapt 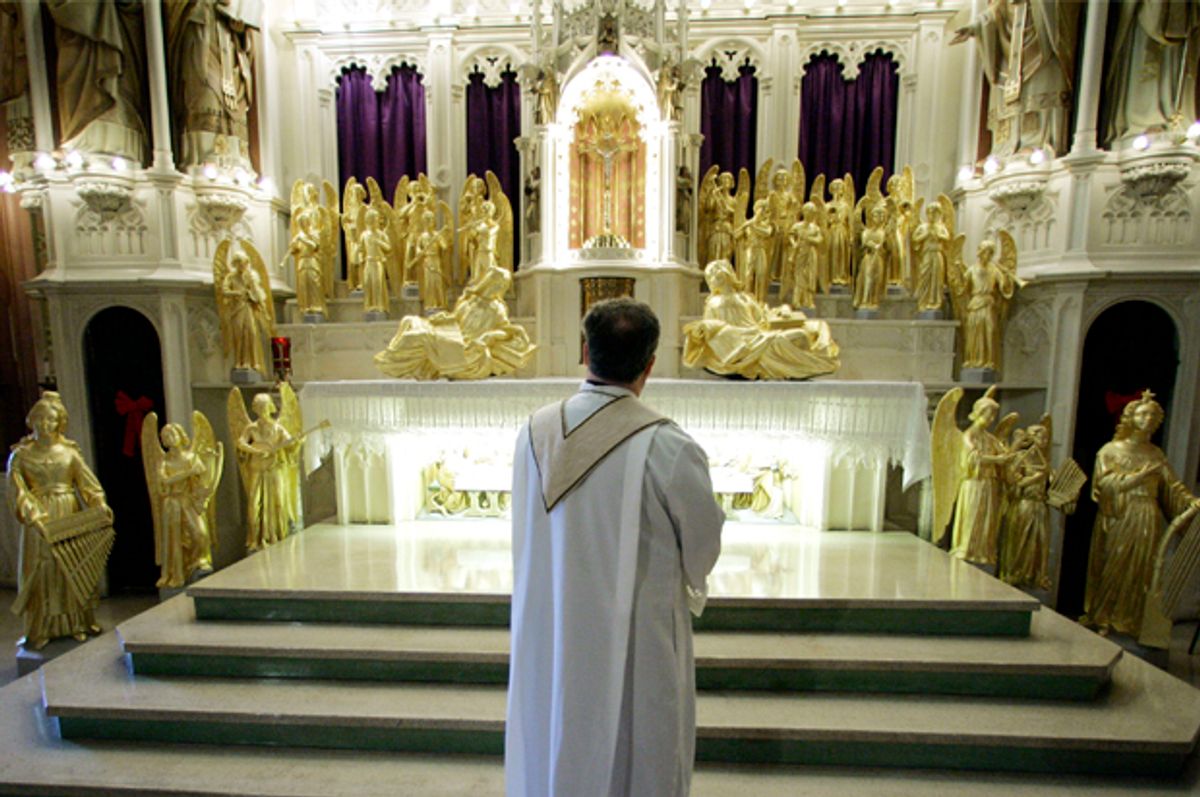 Facebook
Twitter
Reddit
Email
view in app
In April, the pope made history when he told his flock to accept divorced Catholics. Last week, NPR reported a gay preacher had been ordained as a Baptist minister. Next year it might well be evangelicals in the deep South turning pro-choice. Everywhere around us, traditional Christian theology and its culture is breaking down in hopes of remaining relevant. The reality is with incredible scientific breakthroughs in the 21st century, ubiquitous information via the Internet, and an increasingly nonreligious youth, formal religion has to adapt to survive.
But can it do so without becoming obsolete? Perhaps more importantly, can Christianity — the world’s largest religion with 2 billion believers — remain the overarching societal power it’s been for millennia? The answer is not an easy one for the old faith-driven guard.
To remain a dominant force throughout the 21st century, formal religion will have to bend. It will have to adapt. It will have to evolve. Hell, it will have to be upgraded. Welcome to the growing impact of Christian relativism.
The familiar term cultural relativism was coined by anthropologist Franz Baos, who suggested that people have a difficult time understanding another’s culture without having grown up in it—so therefore we should strive to empathize more with foreign cultures and people. It’s a great concept, and after many years reporting for National Geographic in dozens of countries, I came to strongly believe in the idea.
Christian relativism, however, does not have that honor of generating empathy so easily—at least not until it separates itself from its cornerstone philosophy: adherence to the Bible. Even with its many dozens of translations, most everything in the Bible simply cannot be logically interpreted in a multitude of ways—or flippantly passed over in generous empathy. To make the Bible’s deity-approved instructions and ideas soundly work, church leaders pushing Christian relativism may simply have to back down or say it made a mistake with its past fundamentalism.
For example, if the Bible clearly says being gay is a sin (and it does many times), then Christians can’t just wake up one day and say homosexuality is permissible without dismissing God’s word. Another example is women; if the Bible says they can’t be priests and must submit to men, then the church can never profess to believe in equality—which is does all the time. Additionally, if committing blasphemy (striving to become god-like) through transhumanism is an unforgiveable sin that leads to eternal punishment, then Christians can’t say they represent a loving and kind God. The hypocrisy is too much to pretend one is being logical or reasonable—since transhumanists vocally aim to never die and possibly even become gods (or God) through science and technology.
This is the dilemma that the Abrahamic religious face in the age of Christian relativism. They have sealed themselves in the ideological fort for protection, and now they have no way out without atheists and agnostics chiding them. Language is fiercely mechanical— and in the case of the Bible, many of the truths are prominently black and white.
The antithesis of the Bible is, of course, the much simpler Western ideology: the scientific method, upon which the other part of modern humanity’s culture was built upon—the one that brought us skyscrapers, CRISPR gene editing tech, robots, and vaccinations so our children don’t die from measles. The scientific method states nothing is black and white, but if you prove something enough times, it’s safe to trust it until something strange or unwanted occurs. It’s humble at its core, unlike Christianity which claims to be under guidance of an omnipotent God.
Consider Christianity’s core message: You are born in sin, and only through Christ can you be redeemed and reach a happy afterlife. The scientific method would’ve never entertained such a conclusion, because it would’ve been stuck asking what is sin?, and where is Christ? — neither of which can be proven one way or the other.
With this in mind, how does Christian relativism then expect to be taken seriously? I wish that was the question, but people are so entrenched into Judeo-Christian culture, that we rarely consider that Christianity is even changing. We only think we are becoming more open-minded, and that God and our religious brethren should pat us on the back for our newfound wisdom.
While I shake my head in disbelief at the Christian mirage all around me (and the billion people who call the pope wonderfully progressive despite his disdain of condoms and other birth control), I accept it as a better fate that the far more dogmatic one humans endured in the 20th Century. I believe I speak for the one billion nonreligious people out there when I say I’ll take progress however I can get it — even if it results in a Jesus Singularity, where even the superintelligent robots engineers are trying to make may end up being programmed to believe in Christ. But Christian relativism is not a cure to the disease—it’s just a band-aid of belief. The cure — or better put: the sobering tonic—is the scientific method, a simple philosophy that says: Get used to not knowing anything for sure — then make up your own mind on what you believe.
Zoltan Istvan is a futurist, author of  "The Transhumanist Wager," and a 2016 US presidential candidate of the Transhumanist Party.