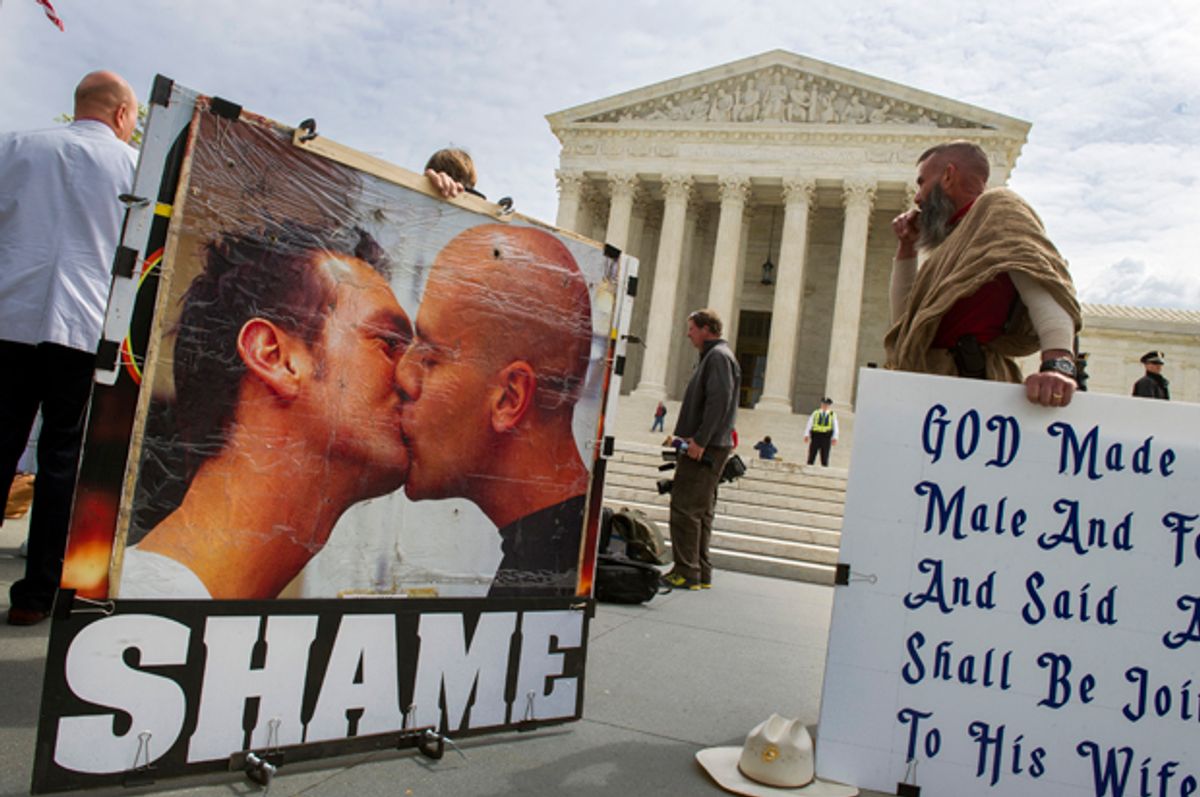 A private Christian high school in Kansas reserves the right to expel students for living with gay family members, as first reported by the Friendly Atheist blog.

Before enrolling in Wichita's Trinity Academy, students and their parents must sign a "Statement of Understanding" that affirms their support for the school's "orthodox Christian beliefs and practices." Along with requiring students to proclaim their faith in Jesus, pledge to attend church, and promise to abstain from premarital sex, the document addresses the school's LGBT policies:

Given the debate and confusion in our society about marriage and human sexuality it is vital that Trinity families agree with and support the school’s traditional, Christian understanding of those issues. Therefore, when the atmosphere or conduct within a particular home is counter to the school’s understanding of a biblical lifestyle, including the practice or promotion of the LGBT (lesbian, gay, bisexual, transgender) lifestyle or alternative gender identity, the school should have the right, in its sole discretion, to deny the admission of an applicant or discontinue enrollment of a current student.”

In other words, Trinity Academy asserts its right to deny admission to or expel a student solely on the grounds that the child lives with a family member who doesn't identify as heterosexual (or simply "promotes" such a lifestyle).

"Trinity would not and has not denied admission to a student simply because they have a sibling who is gay," the school said in a statement provided to KSN News, which begs the question: then why indicate that the school might do so in official documentation?

"Trinity’s whole intent is to make sure families know what we believe so we can partner together successfully for the good of the students," the statement continued.

Whether or not the school exercises the policy, its meaning is plain to Dustin Deckard, a gay former Trinity student interviewed by KSN: "The message I received loud and clear from that is that we don’t want you here."