Author Robert Slate: Trump threatened to sue me before I even started researching his bio

The book is now sold in the Trump Tower lobby, according to BuzzFeed 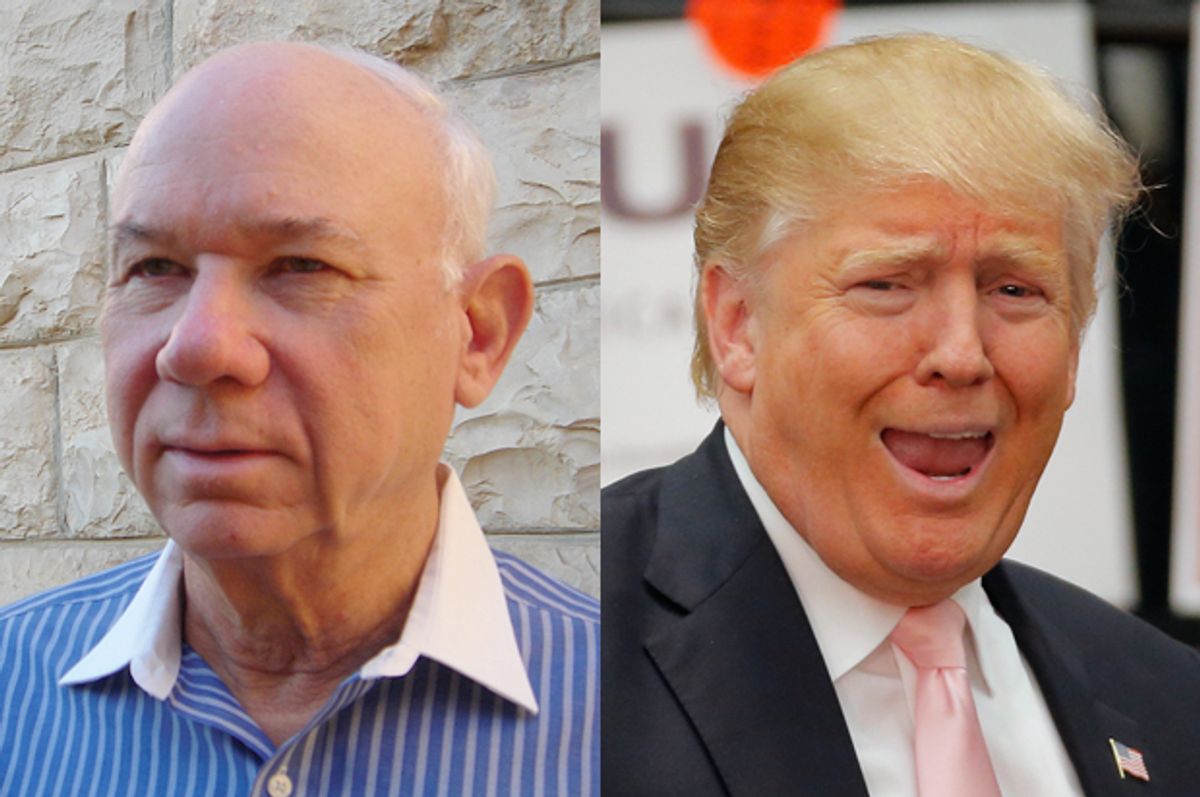 Author Robert Slater's 2005 biography of presumptive GOP nominee Donald Trump, "No Such Thing as Over-Exposure: Inside the Life and Celebrity of Donald Trump," was, by most accounts, authorized by its subject.

Trump allowed Slater access to "over 100 hours of private conversations and meetings," according to the book's Amazon write-up.

"The book is sold in Trump Tower today in the lobby," reports BuzzFeed's Andrew Kaczynski.

Knowing that, it makes even less sense that Trump and his lawyer-goons, before Slater even started his book, threatened the business biographer with a lawsuit if he continued his research.

Slater recalled the story during a 2005 lecture at the Library of Congress.

"My first reaction was shock," he said, according to BuzzFeed. "I'm such a nice person. I write decent books about people. What did I ever do to harm Donald Trump?"

"My next reaction was, Oh my god," he continued. "This man who is worth $2.7 billion and uses litigation as the most lethal weapon in his armory to intimidate people has suddenly focused on Bob Slater as his latest project."

Watch Slater's lecture over at BuzzFeed.

Donald Trump Lawsuit No Such Things As Over-exposure: Inside The Life And Celebrity Of Donald Trump Robert Slate