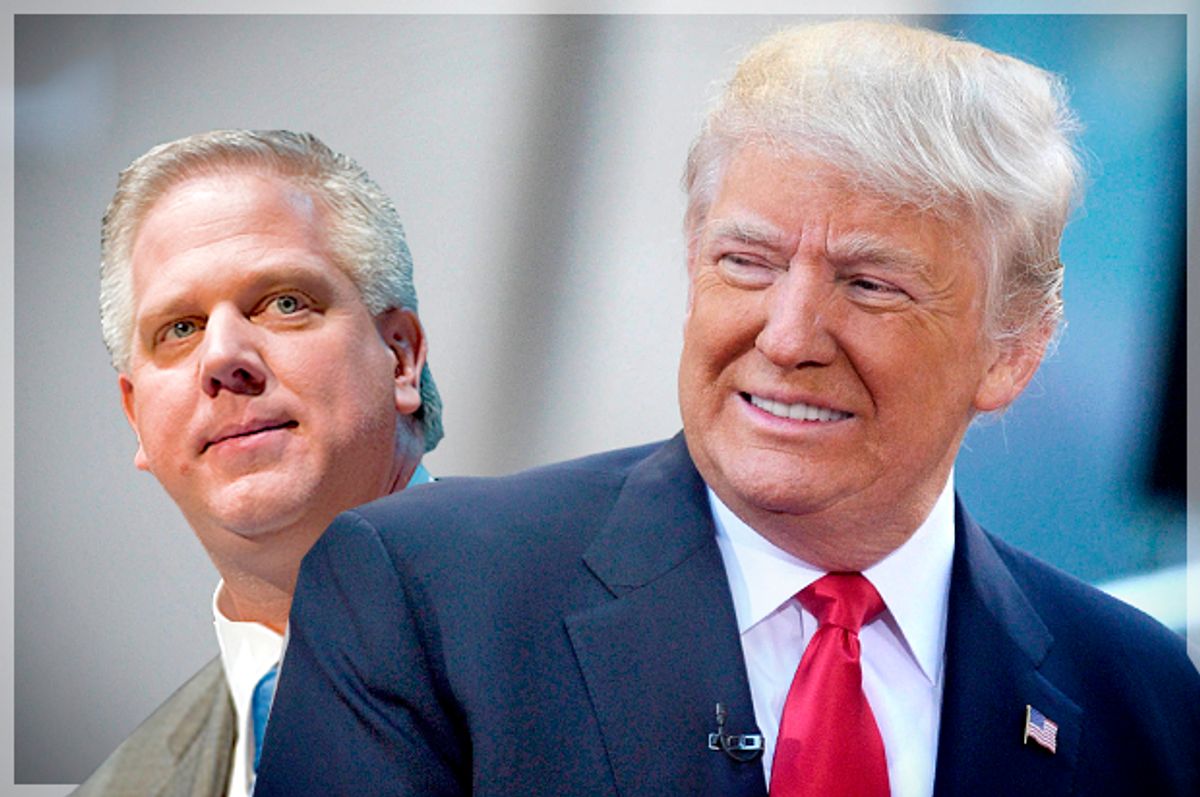 One of the more entertaining effects of Donald Trump’s ascension to the top of the Republican trash heap is watching prominent conservatives achieve self-awareness. They are like the Skynet system that nuked humanity after achieving self-awareness in the Terminator movies, if Skynet had only feared gay people and high marginal tax rates.

The latest engine for dropping the scales from a few sets of eyes is the dust-up over Facebook’s administration of its Trending News widget, a minor space on your FB news feed that nevertheless can drive tons of traffic to other websites. Last week the tech blog Gizmodo broke a story claiming, based mostly on sourcing from one anonymous former Facebook employee, that the company purposely suppressed news that was coming from conservative websites. Predictably, conservatives blew their stacks at what they saw as yet one more example of mainstream culture ignoring their views.

In response, Facebook founder Mark Zuckerberg invited prominent conservatives to the company’s Silicon Valley headquarters so he could explain his company’s methods for curating the Trending widget and listen to their concerns. An endeavor for which one could only wish him luck.

One of those invited was Glenn Beck, the longtime paranoid court jester of the right who could find anti-conservative bias in a ham salad recipe. You’d have expected Beck to leave Menlo Park and fly right back to his failing media company’s headquarters to launch into a rant about the liberal stranglehold on culture, the corrosive influence of leftism from a website that these days is mostly used by people wishing friends a happy birthday in lieu of sending a card. But no! Beck surprised everyone by leaving the meeting upset with his fellow conservatives.

I sat there looking around and heard things like:

1) Facebook has a very liberal workforce. Has Facebook considered diversity in their hiring practice? The country is 2% Mormon. Maybe Facebook’s company should better reflect that reality.

2) Maybe Facebook should consider a six-month training program to help their biased and liberal workforce understand and respect conservative opinions and values.

3) We need to see strong and specific steps to right this wrong.

It was like affirmative action for conservatives. When did conservatives start demanding quotas AND diversity training AND less people from Ivy League Colleges.

This is great. When indeed? Well, pretty much since forever, Mr. Beck. Conservatives have distrusted those East Coast-bred, Ivy League elitists since they realized how much money they could make convincing their fellow conservatives to hate them. Shoot, it was one of the lifelong animosities driving Richard Nixon from the minute those elitists started turning their noses up at his Duke law degree. Roy Edroso was pointing out these complaints about elitist liberal colleges at least as far back as 2004, and he likely was already late to that party.

I sat there, looking around the room at ‘our side’ wondering, ‘Who are we?’ Who am I? I want to be very clear — I am not referring to every person in the room. There were probably 25–30 people and a number of them, I believe, felt like I did. But the overall tenor, to me, felt like the Salem Witch Trial: ‘Facebook, you must admit that you are screwing us, because if not, it proves you are screwing us.’

The guy who became famous a few years ago for conspiracy theories so intricate that even his multiple chalkboards couldn’t prevent them from descending into incoherence, a man so steeped in paranoia about a think tank funded by a left-wing billionaire that one of his faithful followers came thisclose to shooting the place up to stop its dastardly – and imaginary – influence on America, is complaining about other conservatives performing a Salem Witch Trial-level interrogation on a company they suspect of harboring liberal bias. Irony just threw itself off a tall building.

Another prominent conservative who had his Saul-on-the-road-to-Damascus moment after the Facebook meeting was Erick Erickson, who wrote,

It seems a growing number of conservative decided they must embrace the same tactics of the left and turn into professional grievance mongers and shake down artists. Just as Republicans fail to win elections by being Democrat-lite, conservatives are never going to beat liberals at their own game. But here they are trying.

The man who once riddled a copy of the New York Times with bullets because the paper published an editorial endorsing gun control, a man whose entire career is based on complaining about how he feels as if the entire government and culture bullies him because of his religious and conservative beliefs, is complaining about fellow conservatives being “professional grievance mongers.” Irony just climbed back up that building so it could jump off again.

There is little chance, of course, that we’re seeing the full reversal of the long-term trend of conservatives’ constantly portraying themselves as victims of a biased culture, which is the oxygen that keeps the entire movement going. But based on the split we’re seeing over the nomination of Donald Trump, maybe a long-term (and way overdue) re-evaluation of conservatism by its adherents is coming. It would be a small miracle, but progress is almost always slow and frustrating.