"Has anybody notified this guy he's about to lock down the Republican nomination for president?" he asked 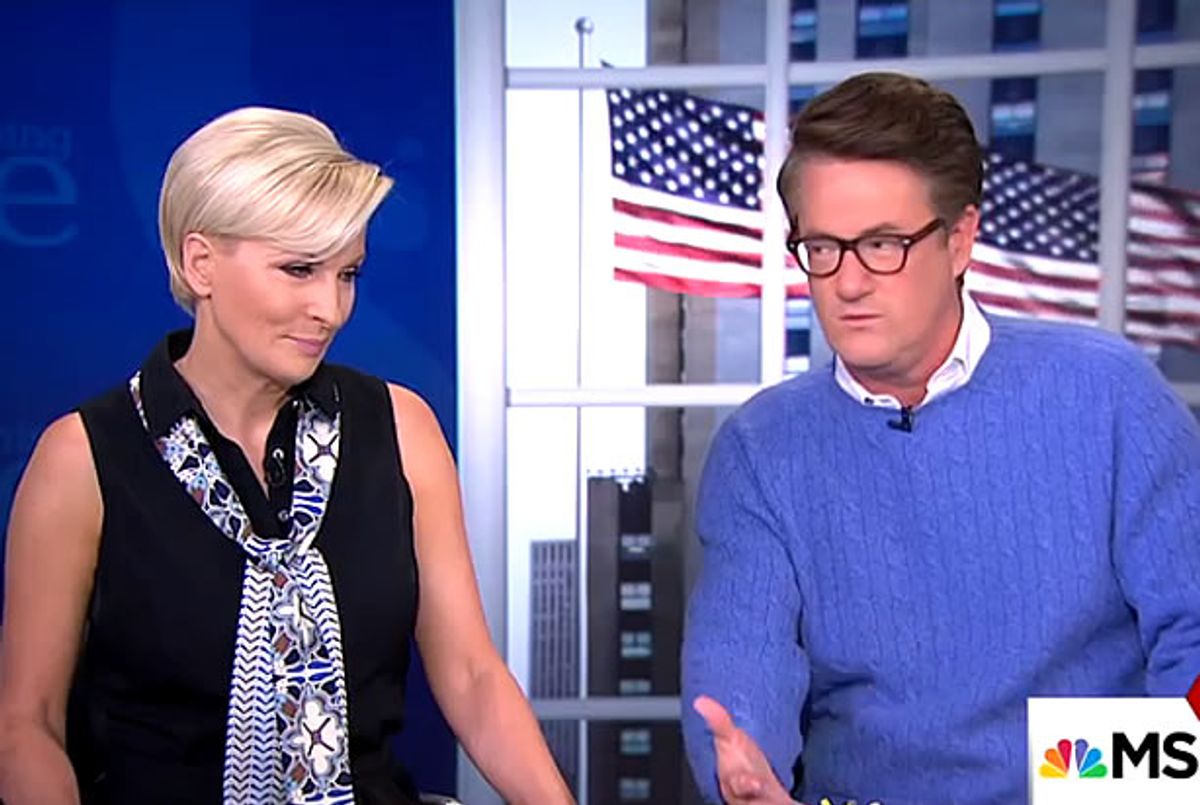 Joe Scarborough doesn't do "sarcasm" all too well -- he performs it so poorly, in fact, that his longtime co-host Mika Brzezinski didn't even recognize his statements about Donald Trump "rising above Twitter feuds" were even sarcastic until he discussed a tweet Trump wrote on Saturday amounting to "a second Gettysburg Address."

Scarborough was incensed by this tweet from Trump, in which he attempted to pick a fight with CNN as regards "equal time" during segments:

"Has anybody notified this guy," he said, referring to Trump, "that he's about to lock down the Republican nomination for president? He needs to be getting into general election mode -- why is doing these mindless Twitter feuds on Saturday afternoon?"

"You have to let Trump be Trump, Joe," panelist Mark Halperin shot back.

"Because that Trump loses!" Scarborough replied. "I've said it again and again -- what works in a Republican primary often loses votes in the general election. This battling -- who wants a president who's going to be entering Twitter wars repeatedly?"

Halperin countered that "going after the press has served Trump well," but Scarborough was having none of it.

"You think the American people are going to elect a president who is engaging in Twitters wars on a Saturday afternoon?"