Trump-fellas: Donald Trump allegedly has years of mob ties — but even that won't turn off his ardent backers 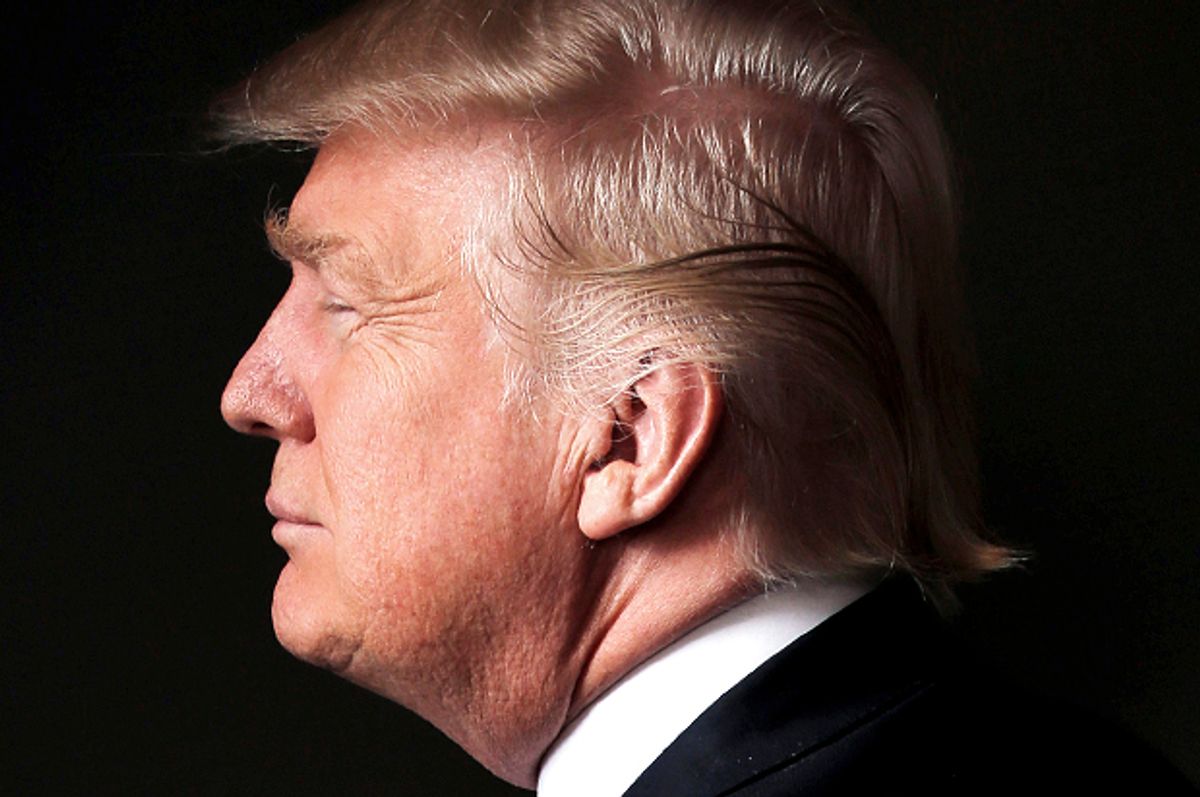 Intense deep-dives into Donald Trump's past have accelerated, and they should make for some very entertaining reading over the next few months. This weekend story from Politico examining Trump’s purported ties to the mob stretching back through most of his career reads like Mario Puzo channeling Jay McInerney.

After graduating in 1968 from the University of Pennsylvania, a rich young man from the outer boroughs of New York City sought his fortune on the island of Manhattan. Within a few years Donald J. Trump had made friends with the city’s most notorious fixer, lawyer Roy Cohn, who had become famous as lead counsel to Senator Joseph McCarthy. Among other things Cohn was now a mob consigliere, with clients including “Fat Tony” Salerno, boss of the Genovese crime family, the most powerful Mafia group in New York, and Paul Castellano, head of what was said to be the second largest family, the Gambinos.

If that doesn’t sound like the synopsis for a PEN/Hemingway Award winner for a debut novel, I don’t know what does.

The story, by journalist David Cay Johnston, who has been writing about Trump for over two decades, dives into a fascinating web of relationships between Trump and a cast of mobsters, criminals, union fixers, and mountebanks the mogul has allegedly leaned on to build his real estate empire in New York and Atlantic City since the 1970s. Though nothing in the story is likely to shock anyone who is familiar with Trump or has ever watched a Sidney Lumet movie.

There are likely a lot more stories out there, some hiding in plain sight, which the Clinton campaign and the Democratic Party will roll out over the next few months. Hopefully, they build up an ugly enough picture of Trump as a shady cartoon character to do him some real damage and help him lose the general election. Because the idea of today’s version of a mob boss named “Fat Tony” wrangling an invite to, say, a White House state dinner is just too much to contemplate.

But as far as the specifics of this particular side of Trump’s business is concerned, one has to wonder if anyone outside of politics will really care. I wondered about this last fall when the first incarnations of the #NeverTrump movement were stirring, to wit: Why would anyone be surprised to learn that a guy who has owned casinos in Las Vegas and Atlantic City, to say nothing of his real-estate empire everywhere else, might have greased a few mob-connected palms along the way?

This is part of where the public character of “Donald Trump” that the mogul has played in movies, reality TV and the public eye for decades makes him, if not bulletproof, at least able to take some fire without suffering damage. Over the decades, our culture has come to romanticize mobsters - think Tony Soprano and the enduring love for the character despite the fact that he was a murderous sociopath, even if he had the occasional panic attack over it. Or Michael Corleone and his family. Or the good fellas of “Goodfellas.”

Or we have neutered the scariness of guys like “Fat Tony” Salerno through caricatures on shows like “The Simpsons,” which literally has a character named Fat Tony who is the godfather of the often-inept Springfield Mafia. All of this, combined with the real decline of the organized crime syndicates run by people with names like Gambino and Gotti, has rendered the sorts of stories like those in Politico almost inert.

Trump happily perpetuated this image of himself as a corrupt broker sitting at the nexus of politics and power back in the first Republican primary debate last summer, when he told the audience that of course he has donated money to politicians (including some on stage with him that night). That way, in a few months or years, he could call them and cash in on a favor. “That’s a broken system!” he said, to applause from people all over the country who agree with him and found it refreshing that a man running for the presidency would so openly admit it.

The irony that Trump has now tagged Hillary Clinton with the nickname “Crooked Hillary” cannot be overlooked. But there is a constituency to which Trump can appeal simply by, first, owning his own sleazy associations with shady characters and politicians – but I repeat myself – as he has built his business empire; and second, by reminding everyone of the accusations, so many of which are assumed to be true in the public mind despite any evidence to back them up, that have trailed the Clintons ever since they first became national figures. Look, I’m no different than the sleazy Clintons, he is telling the public. The difference is that I’m open and honest about it.

This tack will likely work with his hardcore fans, who probably wouldn’t abandon him even if he publicly denounced them all as suckers. But the majority of voters will, hopefully, see through him.

(Editor's note: An earlier version of this piece incorrectly implied that writer David Cay Johnson is a part of "Democratic opposition research." The sentence has since been deleted.)