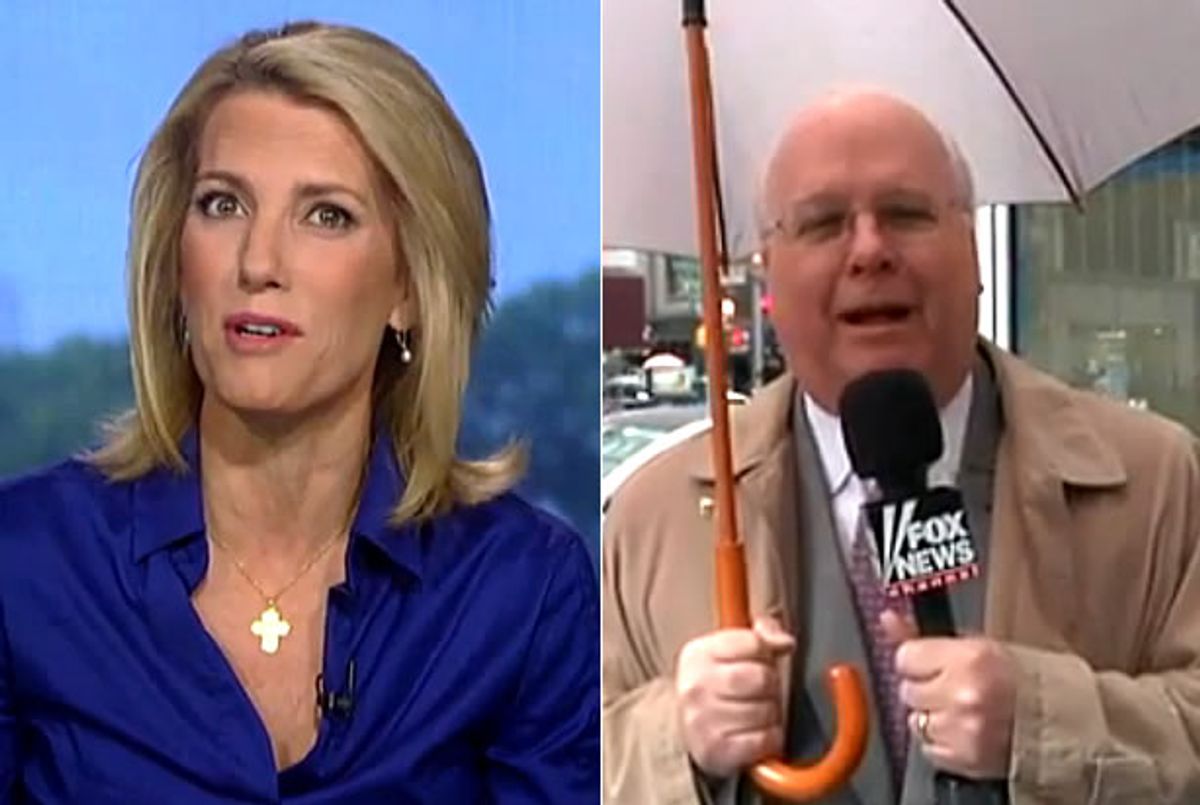 On Fox & Friends Tuesday morning, the divide between the conservative and establishment wings of the Republican Party became evident in the oddest of places -- a conversation between talk radio personality Laura Ingraham and former George W. Bush adviser Karl Rove about the manner in which Fox News transports them to the studio.

It began as a joke about the fact that as a promotion for the Indy 500, Judge Andrew Napolitano was chauffeured to the morning show's set in an actual Formula 1 car, whereas Karl Rove was stranded across town without a ride to the studio, as it was supposed to pick him up too before it broke down.

"Who's in charge of dispatch at Fox & Friends anyway?" Rove asked, remotely. "Is it you, Doocy? You told me to be downstairs, 7:45 [and] there is a big, black Suburban with my name on it, misspelled of course -- not some Indy car."

"Normally," Rove continued, "I walk over. I'm not a luxurious kind of guy, I normally walk the block-and-a-half between my hotel and Fox, but you sent a big, black Suburban."

At this point, Ingraham interjected that if you "look really closely at the side of that [Formula 1 car sharing the split screen with Rove], you can see a big 'THE GOP ESTABLISHMENT' decal on the side of the car."

Doocy tried to shut the conversation down, but Rove wanted to get his shot in. "Normally when they send me a car, it's a Camry, and it's got baccarat crystal in it and bottles of brown stuff -- I thought it was your car."

"You're used to that down in Texas," she replied, "the high life."

"Another reason you're not fun, Karl," she replied. "I'm kidding! I'm kidding!"

"Of course you are," Rove said, and all of the subtle insults were forgotten in a hail of laughter.

"This has really gone off the rails," Doocy said. "To the producers who thought the cross-talk between Laura and Karl would be hilarious? Let's not do this again."