"Poor baby," he told her, noting that every other presidential candidate has done it -- even Nixon 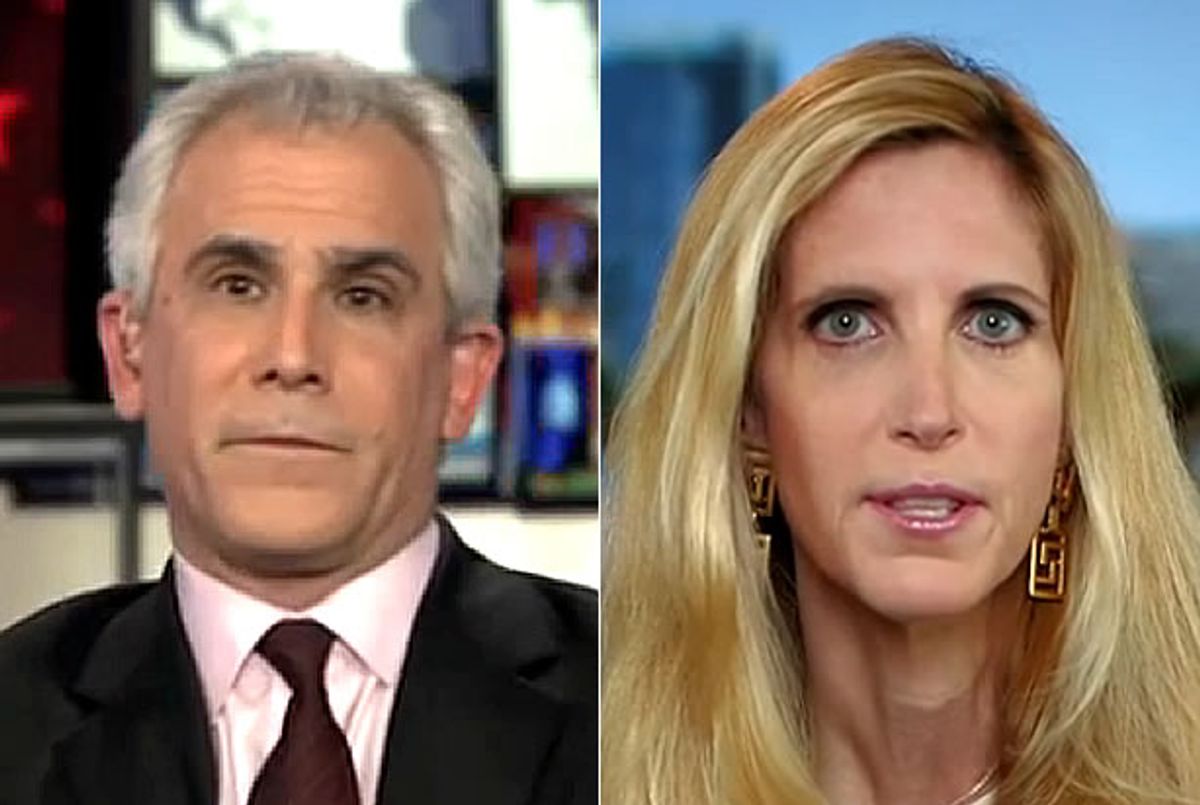 On MSNBC's Hardball Monday, host Chris Matthews played a clip of Democratic front-runner Hillary Clinton demanding Donald Trump release his tax returns, then asked Trump supporter Ann Coulter why he wouldn't release them if he had nothing to hide.

"I think the reason he hasn't released them is exactly why he says he hasn't -- he's under audit," she said. "It's legal for him to do so, just like it's legal for someone on trial for murder to talk to the press -- but their lawyers wouldn't be happy about it."

"Poor baby," Corn sarcastically replied, though whether he was referring to Trump, Coulter, or both was unclear. "Every other president has done that -- including [Richard] Nixon, when he was also under audit. Because you can tell whether he's hiding money offshore, [or] whether he gives money to charity."

"Exactly," Coulter said, seemingly not understanding Corn's point. "Why should he do that?"

"That's good," Corn replied, "you want a crook in the White House -- that's fine, Ann, you can go ahead and have that."

Coulter argued that he's "not a crook," unwittingly summoning the ghost of Nixon for the second time in two minutes, to which Corn replied, "we don't know if he's a crook or not."

"We don't know if you're a crook," Coulter shot back, randomly, before noting that none of this matters to Trump supporters anyway.