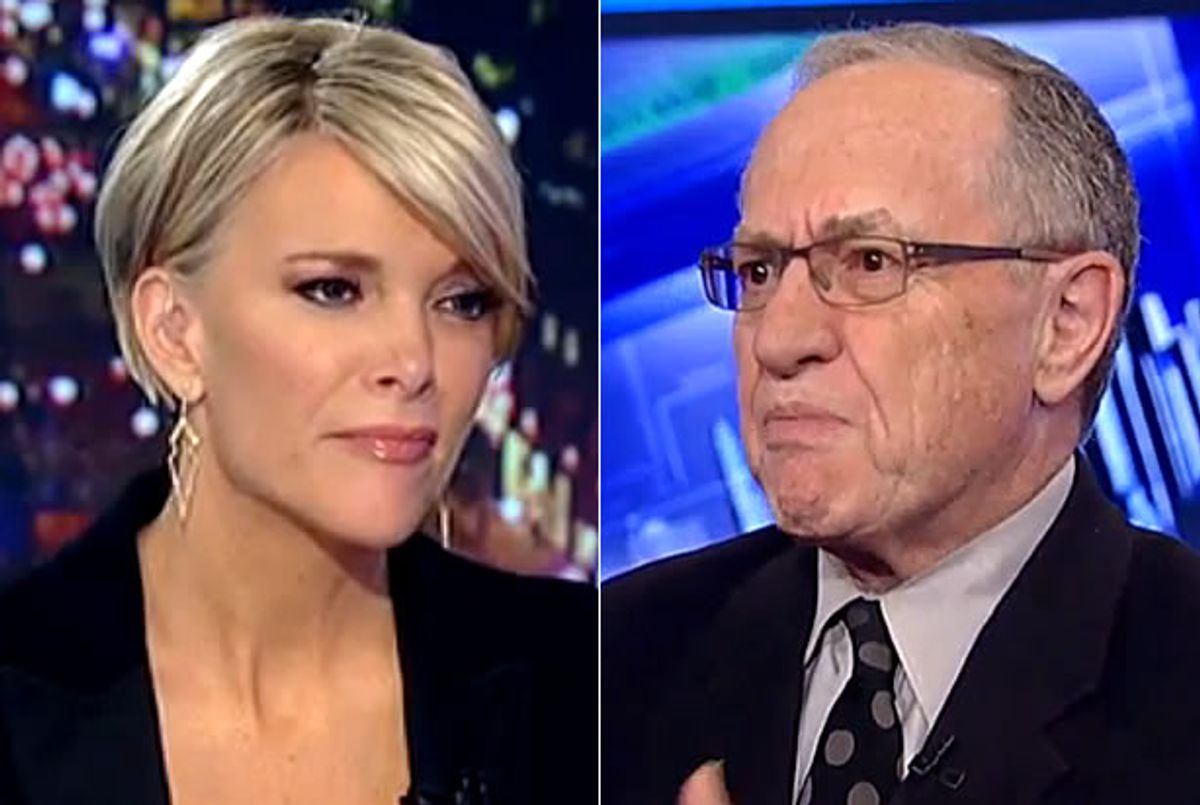 Harvard Law professor Alan Dershowitz appeared on The Kelly File Tuesday evening to continue Fox News' onslaught of complaints about the alleged motivations of state's attorney Marilyn Mosby in trying the officers linked to the death of Freddie Gray.

Dershowitz told host Megyn Kelly that Mosby had overcharged the officers in order to "stop the mob," and that he understood "why she would do that," but insisted that she overreached by attempting to use the legal system to address racial inequality.

"These are officers who may have made a mistake, but they are not guilty of criminal conduct," he said. As for Mosby, "she's a symptom of a larger problem." The problem?

"Black Lives Matter is endangering the fairness of our legal system," Dershowitz argued, "because they're rooting for outcomes based on race" instead of evidence. He said that such "rooting" began during the O.J. Simpson trial -- in which he served as part of Simpson's defense team.

"We cannot allow racial differences, which are serious," he said, "to distort our justice system." Which, unbeknownst to Dershowitz, is exactly the same point that Black Lives Matters activists are trying to make.