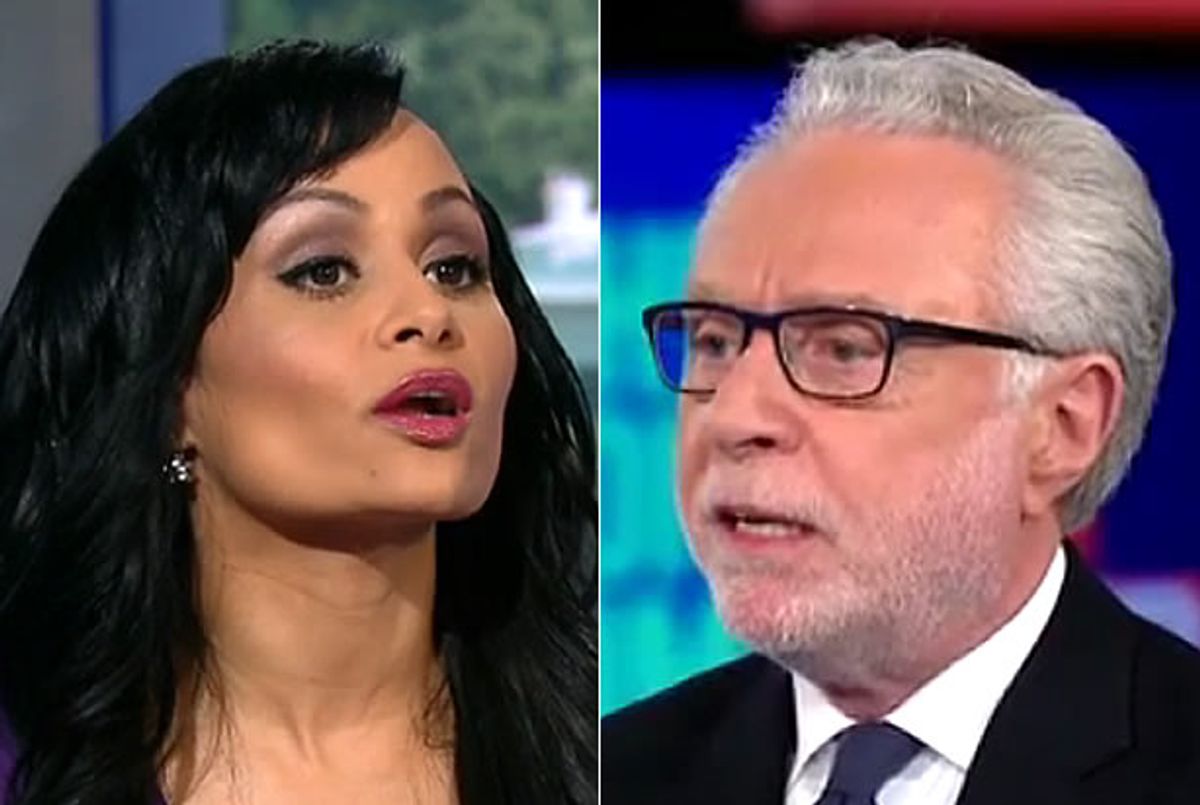 Pierson insisted that Trump had not brought them up, that he was merely asked about them by The Washington Post and replied they were "very serious" and the circumstances of Foster's death "very fishy."

"There were five federal investigations launched," she said, "so Mr. Trump simply said 'I'm not going to bring that up because I don't know enough about that.'"

Blitzer noted that all of those investigations -- congressional, federal, and park police -- determined that Foster was depressed, taking anti-depressants, and killed himself, "so why is [Trump] even bringing that up? Why is he reviving that?"

He also noted that, contra to what Pierson claimed, it was Trump who first mentioned Foster in The Washington Post interview, even if it was only to say that he didn't know enough about it to comment. Eventually, he asked her point blank whether Trump believes Foster committed suicide.

Blitzer repeated that in addition to the five official investigations -- one of which was carried out by Ken Starr, not exactly a friend of the Clintons -- CNN conducted one of its own, and all of them determined Foster had committed suicide.

"Yes Wolf, you're right," she replied, "he should believe everything that the government and the media say."