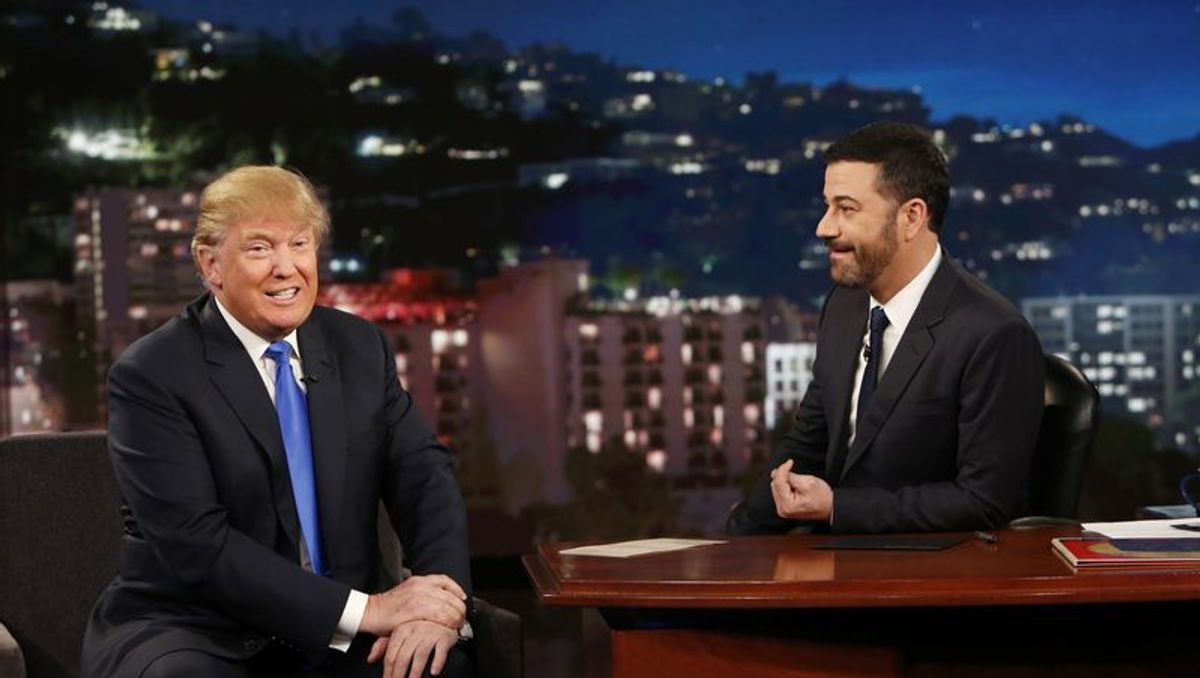 The musical guests for Wednesday's edition of ABC's "Jimmy Kimmel Live" pulled out at the last minute after it was announced that Donald Trump would also appear on the show.

Trump's America, as he has described it on the campaign trail, would never have allowed Palestinian-born Canadian rapper Belly to enter into the United States. If Trump's temporary ban on all Muslims were imposed, the Oscar nominated artist would be prohibited from traveling to Los Angeles, California, to perform on Kimmel's popular late-night show.

Fully aware that the marquee guest doesn't want him in the country, let alone appearing alongside with him during the same episode, Belly and frequent collaborator The Weeknd cancelled their scheduled set. Popular R&B singer The Weeknd, whose parents immigrated from East Africa to Canada, and Belly were set to perform their hit "Might Not."

Belly, whose new new mixtape, "Another Day In Paradise," will be released Friday, May 27, released a statement via his publicist.

"Belly, a man of the world who grew up as a minority immigrant in Canada, has a strong conviction against Donald Trump’s radical beliefs," the statement read. "A strong believer in equal right for all, Belly is taking a stand against a man who has made many negative and detrimental remarks about minorities, women, various religious groups and more."

“I feel like the way I was raised was to be able to see through all the titles in this world — from religion to race,” Belly said in the statement. “I just didn’t want to feel like I was a part of a celebration for somebody who has beliefs that the majority of us don’t agree with.”

“I’m here on a campaign of positivity and love and to contribute what I can to music,” Belly added. “I create songs people go to sleep and wake up to, songs that they fall in love to. For me, being Muslim and being somebody that appreciates my access here in America, I love the fact that I’m able to be here. To play my part in this business is a privilege and a beautiful thing. The fact that I could lose that ability through the actions of someone such as Donald Trump isn’t right to me. At all.”

Kimmel made no mention of Belly and The Weeknd's cancellation during Wednesday's show and The "Jimmy Kimmel" show had no comment, a representative said. "Holding On" singer Gregory Porter served as the last-minute musical guest.