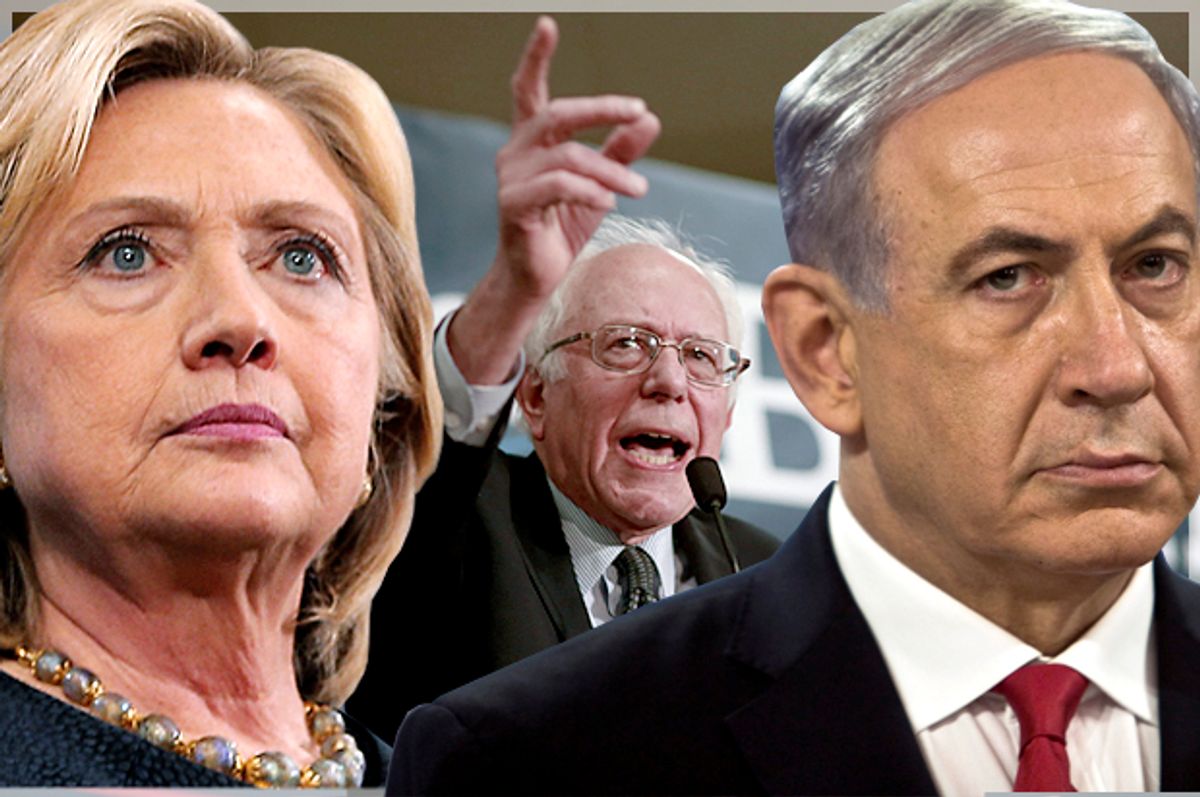 The Bernie Sanders camp continues its push for Palestinian rights.

Two of the members of the Democratic Party's platform drafting committee who were appointed by Sen. Sanders have criticized Israel and called for a more even-handed approach to the Israel-Palestine conflict, The New York Times reported.

Both argued that the Democratic Party is increasingly out of touch with its rank-and-file supporters, more and more of whom oppose the Israeli government for its crimes against the Palestinians.

“Justice for Palestinians cannot be attained without the lifting of the occupation,” West said in an interview cited by the Times.

He stressed that the Democratic Party platform needs to bring more balance to “the plight of an occupied people.”

Zogby similarly called for a more balanced approach. “Any honest assessment would say that the debate on this issue has shifted over the last 30 years and the platform has reflected that but lagged slightly behind, and it’s now time to catch up,” he said in an interview. “Clearly most Democrats agree. But we will see what happens.”

Support for Palestinians is growing among Americans, particularly among progressives and the youth, according to a poll published by Pew earlier this month.

Among supporters of presidential candidate Bernie Sanders, 39 percent back the Palestinians, while 33 percent support Israel.

Sanders has helped change the discourse on Israel-Palestine in the U.S. He has publicly criticized Israel’s 2014 bombing campaign in Gaza, echoing human rights organizations and the U.N., which accused the Israeli military of carrying out disproportionate and indiscriminate attacks that amount to war crimes, as even the U.S. State Department has acknowledged.

The self-proclaimed democratic socialist and longtime independent Vermont senator is also the only presidential candidate to have pledged to be neutral on Israel-Palestine.

Hillary Clinton, on the other hand, has expressed steadfast support for Israel, and pledged to meet with hard-line right-wing Israeli Prime Minister Benjamin Netanyahu in her first month in office.

Among Clinton supporters, almost half, 47 percent, support Israel, while just over one-quarter, 27 percent, back the Palestinians.

Jake Sullivan, Clinton’s chief foreign policy adviser, insisted that her appointees to the Democratic Party's platform drafting committee "would resist Mr. Sanders’s attempt to shift the center of gravity on the Israel debate," as the Times put it.

“Hillary Clinton’s views on Israel and the U.S.-Israel relationship are well documented, and she’s confident that her delegates will work to ensure that the party platform reflects them,” Sullivan said.

Sanders was allowed to appoint several members to the Democratic Party’s platform drafting committee in response to mounting criticisms and accusations of undemocratic behavior by the Democratic National Committee.

Proportional to the 46 percent of pledged delegates he has earned, Sanders was given five seats on the committee. The self-declared democratic socialist senator assembled a top-notch team of first-rate activists, including West and Zogby, as well as progressive Minnesota Rep. Keith Ellison, leading environmentalist Bill McKibben and Native American activist Deborah Parker activist.

West is among Sanders' most high-profile supporters. In a recent interview with Salon, he called Clinton “a milquetoast neoliberal” who is pushing for “hawkish policies around the world.”

He also slammed Republican presidential front-runner Donald Trump as “a narcissistic neo-fascist in the making,” and insisted “Bernie Sanders has been the candidate of integrity and vision when it comes to poor working people.”

“Those of us who are blessed to work with Brother Bernie are going to go down fighting until the last moment, because we’re tied to a cause, not just a candidate,” West said.