Why Trump's attack on Susana Martinez matters: He proves again that unity isn't his goal — only dominance over everyone 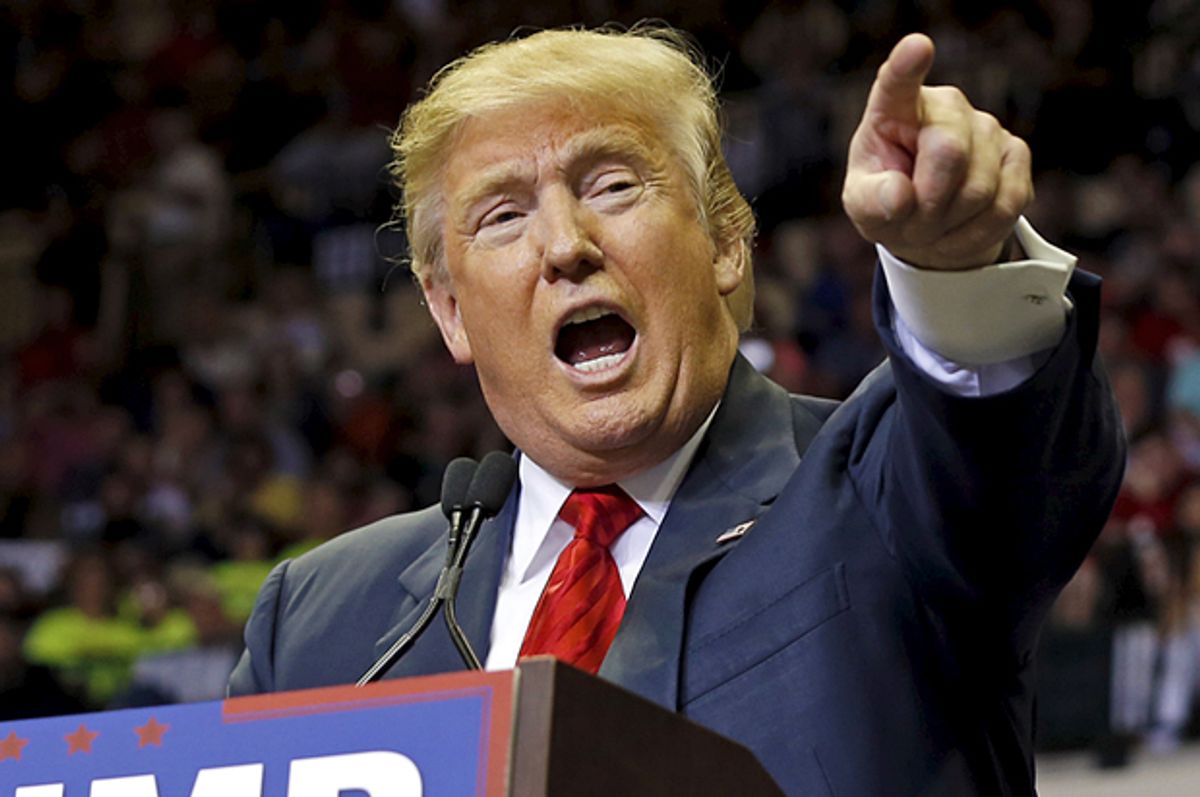 After the 2012 GOP "autopsy" which strongly recommended that the Republican party take immediate action to try to mend its bad reputation with Latinos and women lest it be shut out of the White House for decades, one of the people mentioned most often by GOP strategists as a natural choice for the national ticket was New Mexico Gov. Susana Martinez. She was considered a rising star in Republican circles, a Latina who had been able to win in a blue state that went for Barack Obama twice. She had given a barn-burner of a speech at the 2012 convention and was widely assumed to be one of the new faces of the Republican party in an era of changing demographics.

That was then. Today, the GOP is the party of Donald Trump and we know he doesn't listen to political experts and believes that whatever thoughts pass through his head are nuggets of sheer genius not to be questioned by mere mortals. He could not care less about that "autopsy" result because he thinks Mitt Romney lost because he's a "choker" who could have won easily if he just had bigger cojones. (We all know Trump's must be yuuuuge.) He's sure that he will win the Hispanic community over to his side despite portraying them as criminals and promising a mass deportation of their relatives. There's no need to even discuss what he thinks of women. The fact that 70% of them are repulsed by him speaks for itself.

If we didn't know him better we might have assumed that he would be looking at a Latina Republican governor like Martinez as someone who could help him unify the party. He might even have tried to seduce her into joining him on the ticket to help him with women and Hispanics, the two demographics who are most hostile to him. It would take quite a demonstration of that Trump charm people keep insisting he has underneath his otherwise loathsome personality because Martinez is a Trump skeptic. This is unsurprising since she represents a border state full of Latinos and has logically questioned his daft proposal for a wall. When he came to Albuquerque this week for one of his rallies she said she was too busy to attend.

The Donald was not amused. In front of the ecstatic Republican crowd he said this about Martinez:

He's obviously very annoyed that she failed to join him at the rally and he's lashing out as is his wont. It may be that the white members of that Trump rally (which would be 99% of them) heard that nasty criticism as being a natural way of describing a Latino politician. But you can bet any Latinos who heard that didn't miss the implicit slur. He's basically calling her lazy which carries with it some very ugly racial stereotypes.

Trump also criticized Martinez for being weak and accepting Syrian refugees, saying they are being "relocated in large numbers to New Mexico" and fatuously insisting "if I was governor, that wouldn’t be happening. They say the governors have no choice, but if I’m governor, I have a choice, believe me.” (There's that tyrannical streak again.)

And he compounded the insults to the Latino community when he tweeted about the protests outside the rally making quite sure that his followers knew the ethnic identities of the protesters and once again alluded to his belief that Mexicans are criminal:

The protesters in New Mexico were thugs who were flying the Mexican flag. The rally inside was big and beautiful, but outside, criminals!

But it would be a mistake to see this as a simple expression of his bigotry, although it is that. Susana Martinez is not just another Trump critic. She's the head of the Republican Governor's association, a group that is very important for campaign organizing and fundraising. One would assume that the presumptive nominee would be very conscious of this and go out of his way to at least be cordial. Instead, he attacked her professionally, which is unusual for him. He's normally personal and crude. (For instance, he's taken to calling Hillary Clinton "that lowlife".)

This seems to be yet another case of Trump asserting his dominance. Insiders have said that he expected the party to fall in line immediately, much as the executives of a company would fall in line after a merger. He does not believe he should have to cajole or persuade Republican office holders to endorse him and believes it's weak to try. A leader takes what he wants by force.

Trump is even more cocksure and egotistical now that he's won the nomination and he regales his crowds with the glorious legend of the 2016 Primary every day on the stump. He reminds everyone of the ups and downs of the campaign, reminiscing about each victory and how he vanquished all 17 rivals single-handedly taking them on one after the other. He believes that the key to his political success is that he purposefully destroys everyone who gets in his way. When he talks about "respect" this is what he means by it.

This insult to Susana Martinez was not just a matter of pique. It was also a shot across the bow at people like John Kasich whose support and organization he needs if he wants to compete in Ohio. And it was definitely a strong hint to Paul Ryan that he's losing patience with him for refusing to bless his candidacy (despite reports to the contrary) until Trump meets his demands. The Donald doesn't hold with that sort of behavior. In fact, he'd undoubtedly like to tell Ryan "you're fired" and get on with it but he's been informed that he doesn't have the authority. So instead he's going around the country stomping his feet, beating his chest and making loud noises in an attempt to show his dominance to get Ryan and the rest of the party establishment holdouts in line. Sadly, there's an excellent chance he'll succeed.

It's too bad for the Republicans that they ended up with Trump at the top of the ticket instead of Martinez. Her message might have given the party a foundation on which to build for the future. This is from her 2012 convention speech:

Growing up, I never imagined a girl from a border town could one day become a governor.
But this is America
Y, en America todo es posible.
My parents taught me to never give up and to always believe that my future could be whatever I dreamt it to be.
Success, they taught me, is built on the foundation of courage, hard-work and individual responsibility.
Despite what some would have us believe, success is not built on resentment and fears.
Donald Trump disagrees. As far as he's concerned success is built on resentment and fear. Of him.