Tim Canova is a lifelong activist and fierce opponent of payday lenders. He also has the support of Bernie Sanders 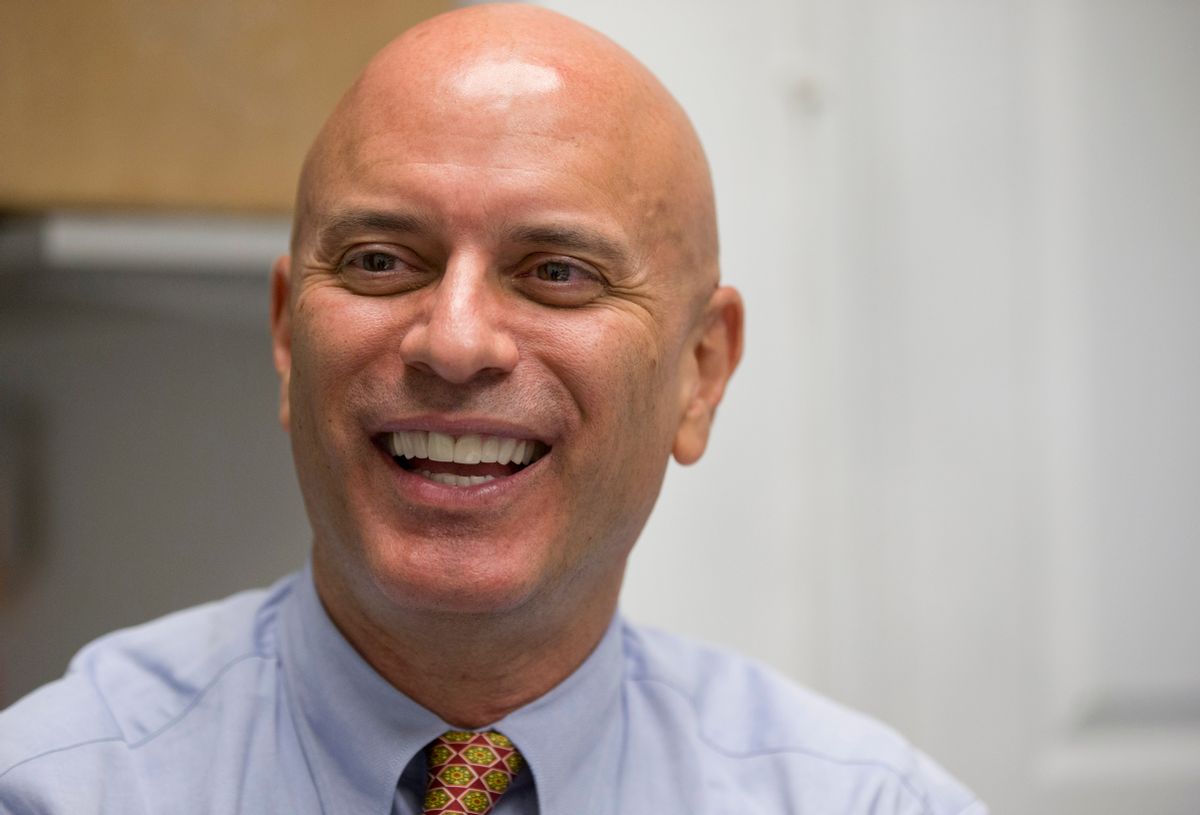 The Bernie Sanders campaign has given DNC Chair, Florida Rep. Debbie Wasserman-Schultz, major political headaches about primaries, superdelegates and the number of debates. Now Wasserman-Schultz has an even bigger problem on her hands—a primary challenger in her own congressional district, Tim Canova. To make things worse, this past Sunday, when asked about Wasserman-Schultz's leadership, Bernie Sanders told Jake Tapper on CNN's "State of the Union" that he would most certainly be endorsing her opponent, Tim Canova.

Here are 10 more things you should know about Tim Canova.

1. Canova is not only Wasserman-Schultz’s first challenger in the DNC, but the first in her political career according to WPBT2, South Florida's public television.

2. Canova is a lifelong activist and hopes the Democratic Party will adopt a more progressive agenda. Canova has been involved in the anti-globalization movement and the Occupy movement and helped abolish felony disenfranchisement in New Mexico.

3. Canova has known Bernie Sanders for years. The law professor and finance expert campaigned for Sanders prior to receiving his endorsement and even served on Sanders' Wall Street reform advisory committee in 2011.

4. Canova’s congressional campaign has raised more than $250,000 since Bernie Sanders officially endorsed Canova this past weekend.

5. Canova is a professor of law and public finance at Nova Southeastern University in Fort Lauderdale, Florida.

6. Canova may be running against Wasserman-Schultz, but “doesn’t think anyone could do both [jobs of serving in the House of Representatives and as DNC chair] effectively,” he told CNN. However, he also stated that he doesn’t believe Wasserman-Schultz is currently doing either job effectively.

7. Canova believes the biggest divide in America isn’t between Democrats and Republicans, but between the haves and have-nots. “The recent budget disputes that almost shut down the federal government were over $139 billion in cuts,” Canova told RT America in 2011. “In a budget that’s $3-4 trillion a year, it’s actually not a huge difference between the two parties.”

9. Canova has sent Wasserman-Schultz several invitations to debate him before the August primary, but to date she has not responded to him or to any of the pundits asking if she will debate her opponent.

10. Canova never planned on running for political office until last year, when he "got involved in the anti transpacific partnership, trying to lobby [his] local congresswoman and getting nowhere," Canova explained at the Bernie Sanders Miami campaign warehouse launch.

"If you have a $5,000 check from a PAC, you get a response from Debbie Wasserman-Schultz," Canova added. "And a whole bunch of us thought somebody’s gotta challenge her in a primary. I didn’t think it was going to be me.”