"Seriously, what the hell is this?" one wrote 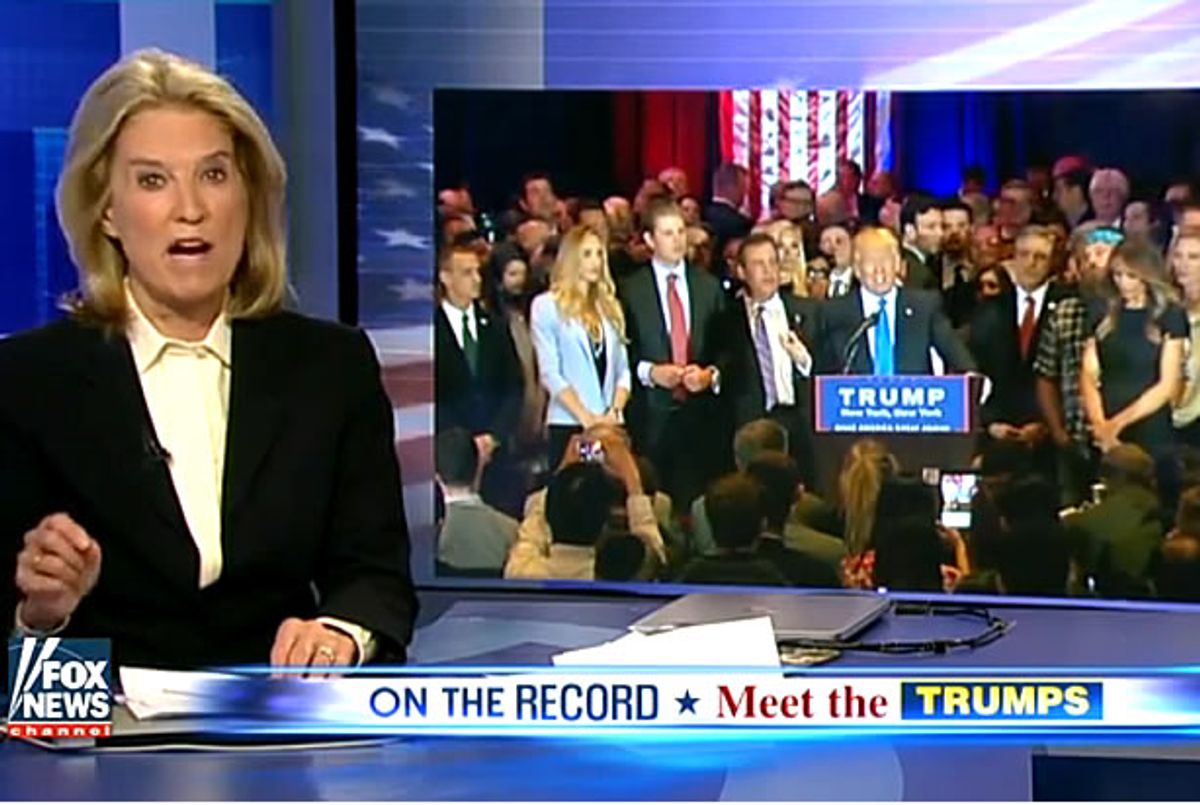 On Fox News Thursday evening, Greta Van Susteren hosted a very special "special" about the family of presumptive Republican nominee Donald Trump entitled "Meet The Trumps," and neither the tone nor the content endeared it to Trump's conservative critics.

The special can be best characterized by Van Susteren's insistence on speaking as if she were playing an official government mouthpiece in a low-budget dystopian film. "First meet Melania -- Take a look at her! -- a Slovenian model, a mother, and a successful businesswoman!" she said as she introduced Trump's current wife.

This tone wasn't lost on members of the #NeverTrump movement, who took the special -- not to the mention the network -- to task:

Van Susteren, however, insisted that she wasn't a shill, and that the special wasn't a free political advertisement just for Trump: