Don't kill "True Detective": Yes, Season 2 was a mess — but HBO could save this show

What the show needs is not cancellation, but a new structure at the top that allows it to breathe 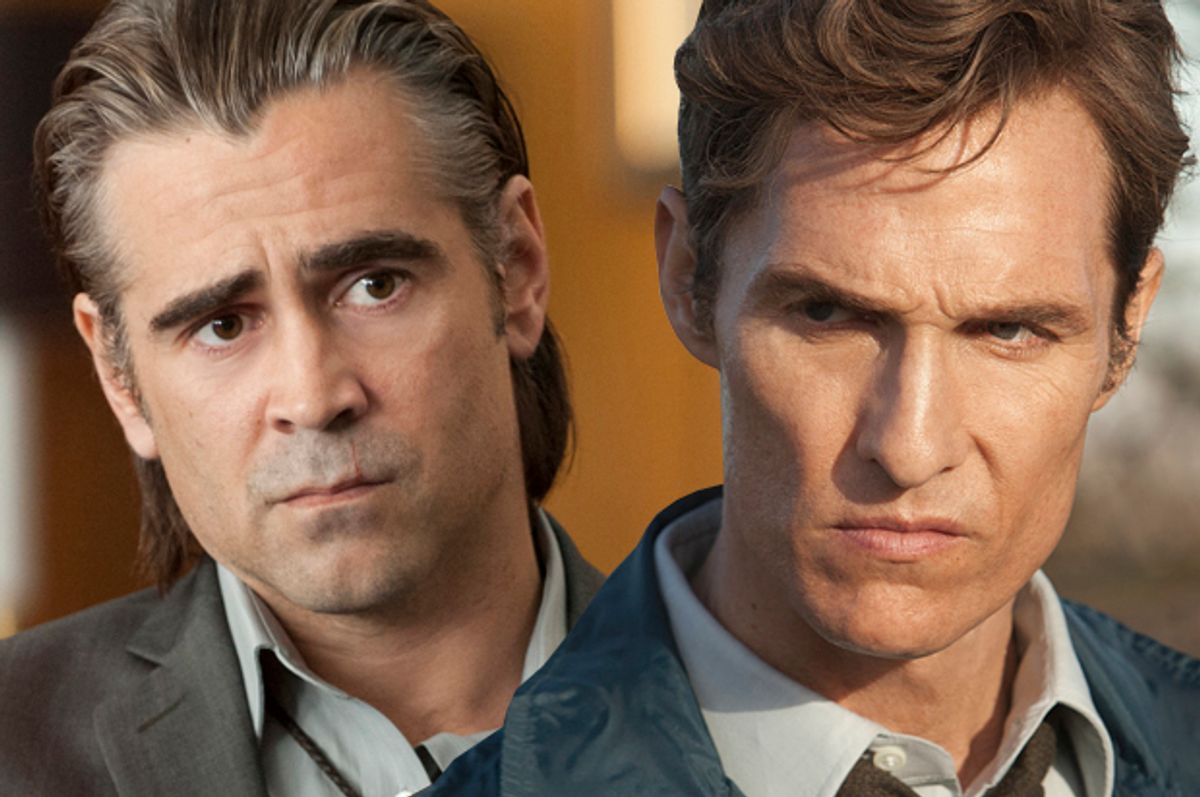 The news that HBO has decided not to renew “True Detective” for a third season has not surprised many people: Season 2 became not only a rolling disappointment, but a show people got a kick out of insulting. They enjoyed quoting overwrought lines from Vince Vaughn’s gangster character (“Sometimes your worst self is your best self”), mocking the show’s downbeat lounge singer, and joked about how labyrinthine the plot was.

Now that the show seems to be put to rest, the web is seeing plenty of articles arguing that the show needed to die. “While the network didn’t lose a ton of money on the poorly received season two,” Vulture argued, “its brand was tarnished, even if only slightly and temporarily. Ratings don’t matter as much to HBO as other networks, but buzz and acclaim do. And by that metric, True D season two was sort of a disaster.”

Nobody knows what a third season would have been like. But at least a few of us “True Detective” fans – okay, a very few – would have liked to see HBO give showrunner Nic Pizzolatto another chance. Will Season 2 seem better in retrospect than it did while we were watching it? Maybe. A contrarian rethinking may develop over the next few years: Sean T. Collins, who like me dissed the season as a mess while it was happening, recently reassessed it as “an evocative, atmospheric look at an underexplored physical and emotional demimonde, populated by convincingly damaged characters, with an engrossing, if not wholly satisfying, payoff.”

But you can wish for a third season even if you hated the second one. “True Detective,” of course, is an anthology series, and a new cast, premise, and setting would come in with a new season. The weakest part of Season 2 – Vaughn’s character – would be history. The second-weakest part – a plot that made sense only occasionally – would be gone, too.

Most important, a new season could fix something that probably doomed the second installment: Pizzolatto’s writing and showrunning. Clearly, his literary sensibility and gift with dialogue are formidable. But the first season, set in Louisiana, saw Cary Fukunaga directing every episode and offering a counterpoint to what is probably an awfully dark sensibility. By the California installment, every episode had its own director, there was no wit to balance the characters’ gloom, and random-seeming plot twists kept showing up. It seems like a classic case of auteur overkill. HBO may’ve been so in love with Pizzolatto’s brilliance that they left him alone.

So given those serious problems, what could HBO do instead of pulling the plug? The network now has a new head of programming, with Casey Bloys replacing Michael Lombardo. Rather than giving Pizzolatto a new project, which could easily lead to disaster, why not fix the problem with “True Detective” and have him come back and defy the haters? (Can we pause again, for a second, and remember how good the McConaughey-Harrelson season was?)

A new programming chief could easily rewire things. That would mean giving Pizzolatto more time to come up with his third season: Lombardo has admitted he rushed him on Season 2 and that the show’s confusion comes from haste. HBO could bring in either a new writer’s room, a co-showrunner, or a strong-willed director to keep the program from getting lost.

Pizzolatto may just be too exclusively verbal, too dark, and too impulsive to run the show by himself. But so what? The solo-showrunner model may simply not work with him. “The Americans” has two showrunners. The Beatles had two people in charge, and the band benefited from the back and forth.

With the right team of actors, an evocative setting, and a different leadership structure, new seasons of “True Detective” could take the formula of its opening season – dramatic tension, a brooding tone, low-key humor, a complex use of time, a philosophical frame – and make people forget Season 2.