The disgrace of Obama's Hiroshima visit is the $1 trillion the U.S. is wasting on new nukes, not just the refusal to apologize

The US should apologize for its criminal atomic bombing, but more importantly it should stop its nuclear escalation 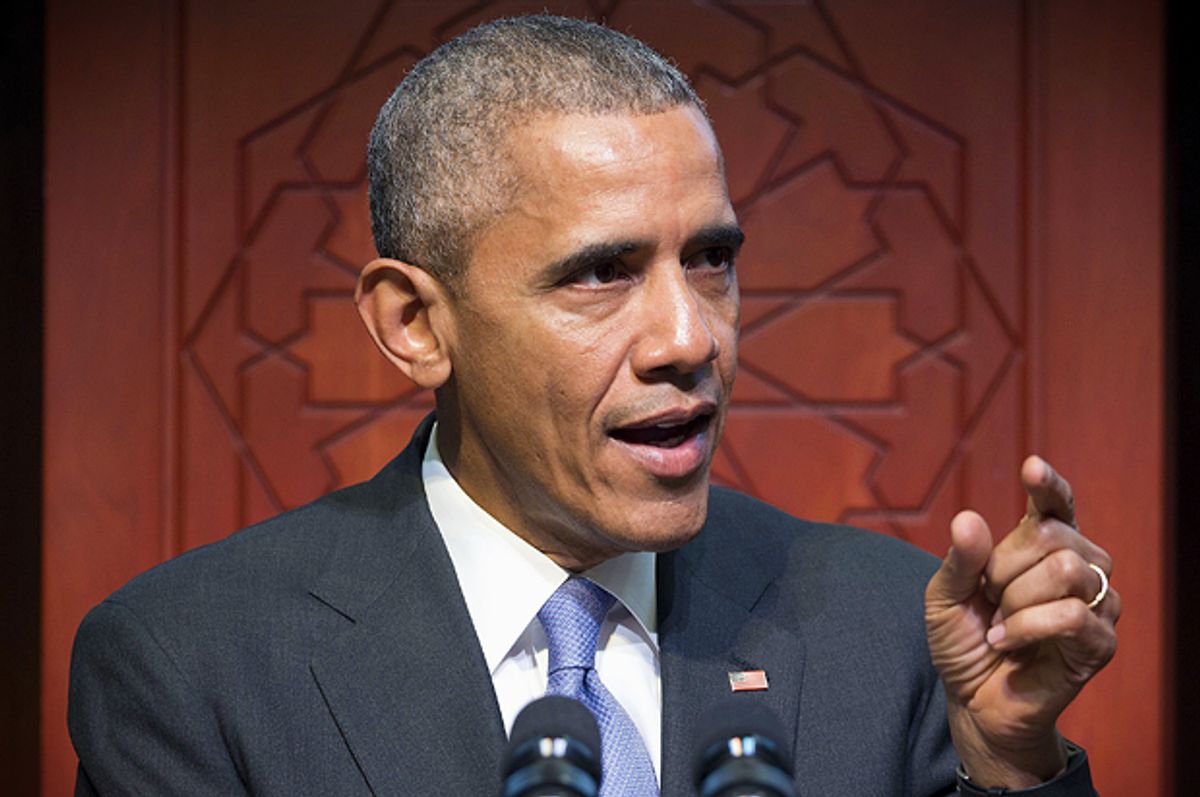 President Obama visited Hiroshima, Japan on Friday. He was the first U.S. president to do so since World War II.

Leading up to his trip, much of the public discussion revolved around whether or not Obama should apologize for the atomic bombings on Hiroshima and Nagasaki in 1945.

A slew of think pieces called on the U.S. to apologize. The Obama administration refused.

This is unfortunate; the U.S. government certainly should atone for what it itself admitted at the time were unnecessary atomic bombings. The horrors of these attacks were unfathomable (more on that in a moment).

But there's a gargantuan elephant in the room in the media discourse on Obama's visit, one that has largely been ignored.

The biggest scandal of all is not that the U.S. refuses to apologize for its atomic bombing of Japan, but rather that the U.S. is planning on spending a trillion tax dollars in preparation to potentially carry out the crime again.

The important question the Obama administration should be asking is not just why it refuses to apologize, but moreover why it decided to waste $1 trillion dollars over the next three decades to revitalize its nuclear program, in a plan that "has been widely panned by critics as 'wasteful,' 'unsustainable,' 'unaffordable,' and 'a fantasy,'" The Intercept noted.

Obama has frequently claimed he and his administration are working toward a nuclear-free world. He reiterated this claim in his visit on Friday. Yet his own actions blatantly contradict his rhetoric.

Instead, U.S. nuclear escalation with Russia and China threatens "to revive a Cold War-era arms race," as The New York Times put it.

It's easy to get caught up in symbolism. Apologies are indeed important, but, like any other symbolic action, they are significantly less important than actual tangible action.

There has been drastically more discussion of apologizing — an immaterial action — than there has been of not wasting $1 trillion on new nukes that should never again be used, lest hundreds of thousands more civilians be slaughtered.

Yet this does not come as much of a surprise, considering how the commentariat expresses time and time again that it is much more concerned with obediently echoing ruling-class rhetoric, policing "civility" and stifling dissentious discourses than it is with the trifles of actual substantive political policy.

Calling for symbolic action like apologies for crimes committed more than seven decades ago is within the parameters of acceptable debate. But criticizing outrageous, sky-rocketing U.S. military spending? That's off the table.

The irony is pundits frequently histrionically ask where the government will possibly get tax dollars to fund social services like single-payer health care or free public education, while the U.S. pours $1 trillion down the drain on weapons that it will never use — or that would literally destroy the planet if they were.

New leftist British Labour Party leader Jeremy Corbyn has insisted he opposes the use of nuclear weapons in all circumstances. He has also condemned plans to spend £100 billion on renewing the U.K.'s Trident nuclear program. Obama would do well to follow suit.

Yet, because of his anti-nuclear stance, Corbyn was blasted by hawkish members of his own party — which, like the Democratic Party before the rise of Bernie Sanders, was a moribund cesspool of neoliberalism and opportunism.

None of this is to deny the horrors, and the criminality, of the atomic bombings of Hiroshima and Nagasaki.

On August 6, 1945, the U.S. dropped the first atomic bomb ever used on humans on Hiroshima. Estimates of the casualties vary, but it is likely that 100,000 people were killed.

Tens of thousands more Japanese would later die from radiation poisoning (although The New York Times denied this, with a September 1945 cover-story titled “No Radioactivity in Hiroshima Ruin”).

The "real mortality of the atomic bombs that were dropped on Japan will never be known," noted a UCLA physician's eyewitness report. "The destruction and overwhelming chaos made orderly counting impossible."

"Very large numbers of person were crushed in their homes and in the buildings in which they were working. Their skeletons could be seen in the debris and ashes for almost 1,500 meters from the center of the blast, particularly in the downwind directions," the report added.

"Large numbers of the population walked for considerable distances after the detonation before they collapsed and died."

The U.S. justified the bombings claiming they would ultimately save lives by preventing the need for a U.S. invasion of Japan. The estimates of potential "invasion losses were not realistic, and seem to have been pulled out of the air to justify bombings which, as their effects became known, horrified more and more people," prominent historian Howard Zinn wrote.

Zinn cited New York Times military analyst Hanson Baldwin, who noted that Japan was ready to surrender by August 1945: "The enemy, in a military sense, was in a hopeless strategic position by the time the Potsdam demand for unconditional surrender was made on July 26."

"Need we have done it?" Baldwin asked. "The answer is almost certainly negative."

The U.S. government itself even admitted that the bombings were unnecessary, soon after they took place.

"Based on a detailed investigation of all the facts and supported by the testimony of the surviving Japanese leaders involved, it is the Survey’s opinion that certainly prior to 31 December 1945, and in all probability prior to 1 November 1945, Japan would have surrendered even if the atomic bombs had not been dropped, even if Russia had not entered the war, and even if no invasion had been planned or contemplated."

The U.S government knew this at the time, too, Zinn noted, as it had already broken the Japanese code and was intercepting its messages.

Many historians have argued that the atomic bombings were essentially the first act of the Cold War. They were a way for the U.S. to threaten the Soviet Union, to warn it that Japan will remain in the American sphere of influence after the end of the war.

And this is not even to mention the hundreds of thousands of Japanese killed in the often overlooked U.S. firebombings. Operation Meetinghouse, the U.S. bombing campaign in Tokyo from March 9-10, 1945, was likely the deadliest conventional bomb attack ever, leaving more than 100,000 people dead.

The U.S. committed egregious crimes in World War II, and should indeed apologize.

This is not to deny or understate the similar horrors of the pro-fascist Japanese imperial regime, which also massacred hundreds of thousands of people, particularly Chinese.

But the most important lesson to take from this infinitely tragic, and bloody, moment of human history is not that countries should simply apologize 70 years later; it is that those countries should do anything they can to avoid carrying out similar atrocities in the future.

Wasting $1 trillion on a needless nuclear revitalization program, in a dangerous escalation with two rivaled global superpowers, is not the way to do this. The U.S. needs to stop playing with fire immediately, regardless of whether or not it apologizes.