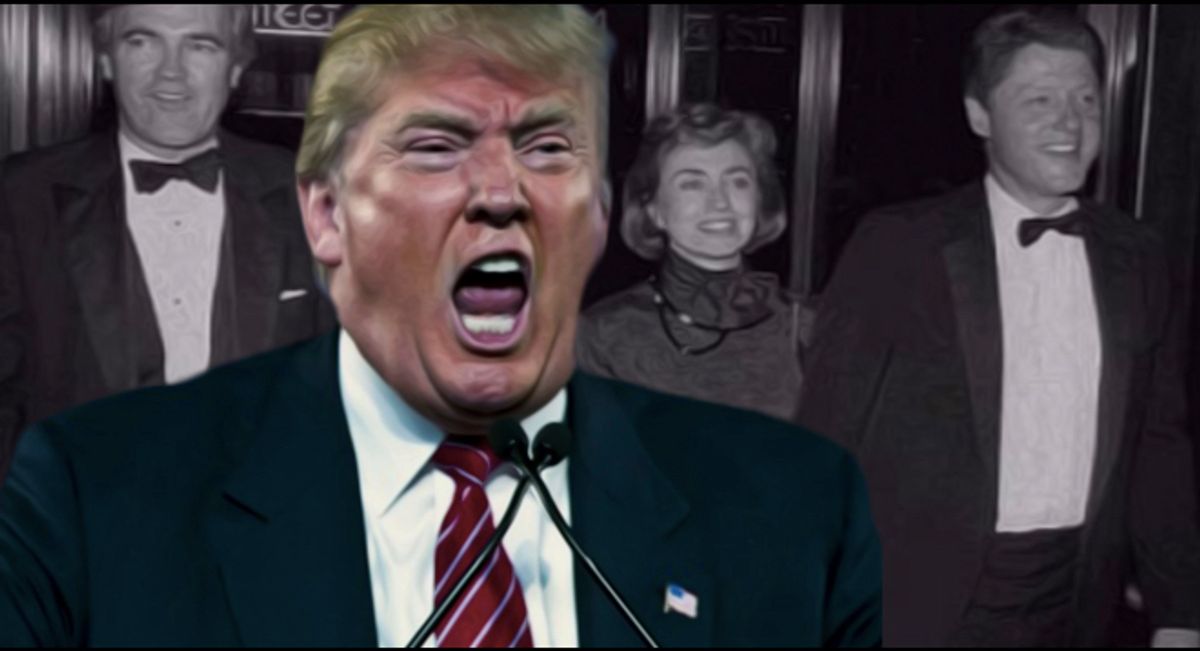 "It is beyond contempt that a politician would use a family tragedy to further his candidacy," Sheila Foster Anthony wrote to open her op-ed in Thursday's Washington Post, slamming the presumptive Republican presidential candidate for reviving the “irresponsible” and “scurrilous” right-wing conspiracy theory that the Clintons were involved in the death of her brother, former White House aide Vince Foster.

The older sister of the Clinton's former aide thoroughly debunked decades-old right-wing conspiracy theories with a poignant testimony about her brother's mental health struggles and a rebuke of Trump's craven instinct to jump on the tragedy for political gain so stinging it accomplished what nearly no other person has -- shutting Trump up.

"Donald Trump should be ashamed," Anthony wrote, slamming his recent interview with the Washington Post, in which he suggested that the circumstances surrounding her brother's 1993 suicide were “very fishy.”

Foster “knew everything that was going on, and then all of a sudden he committed suicide,” Trump said to the Post's Robert Costa in response to a question about his campaign's attack plans against Hillary Clinton in the general election.

"For Trump to raise these theories again for political advantage is wrong. I cannot let such craven behavior pass without a response,"  Anthony wrote, slamming the controversial candidate for even flirting with the widely-discredited speculation that Foster was somehow killed by the Clintons:

These outrageous suggestions have caused our family untold pain because this issue went on for so long and these reports were so painful to read. For years, our family had to wage a court fight to prevent release of photographs of Vince’s dead body. My heartbroken mother was plagued by harassing phone calls from a reporter.

"How wrong. How irresponsible. How cruel," she wrote.

Writing that she was only speaking out because the Post contacted her for comment after Trump resurfaced the issue recently, Anthony offered her thoughts on her brother's death for the first time publicly:

Five investigations, including by independent counsels Robert B. Fiske Jr. and Kenneth Starr, concluded that Vince suffered from severe depression that caused him to be unable to sleep, unable to work, unable to think straight, and finally to take his own life.

I know this to be true because Vince lived with me when he came to Washington to serve as deputy counsel to the president.

Vince called me at my office in the Justice Department a few days before he died. He told me he was battling depression and knew he needed help. But he was worried that such an admission would adversely affect his top-level security clearance and prevent him from doing his job.

I told him I would try to find a psychiatrist who could help him and protect his privacy. After a few phone calls, I gave him three names. That list was found in his wallet with his body at Fort Marcy Park in McLean. I did not see a suicide coming, yet when I was told that Vince was dead I knew that he had killed himself. Never for a minute have I doubted that was what happened.

Remarkably, when Trump was asked about Anthony's moving op-ed on Thursday, he feigned ignorance about playing any role in reviving the tired right-wing conspiracy theory.

“I really know nothing about the Vince Foster situation,” Trump told reporters at a rambling press conference in South Dakota. "Haven’t known anything about it."

Unable to help himself, Trump quickly added that "a lot of people are very skeptical as to what happened,” before claiming the conspiracy theory should actually remain out of the campaign “unless some evidence to the contrary of what I’ve seen comes up."