It's time to look in the mirror, Bernie: Now, more than ever, Sanders needs to be criticized for his failed political theories

Sanders backers must stop calling Clinton a "sore winner," and instead learn the right lessons from his failure 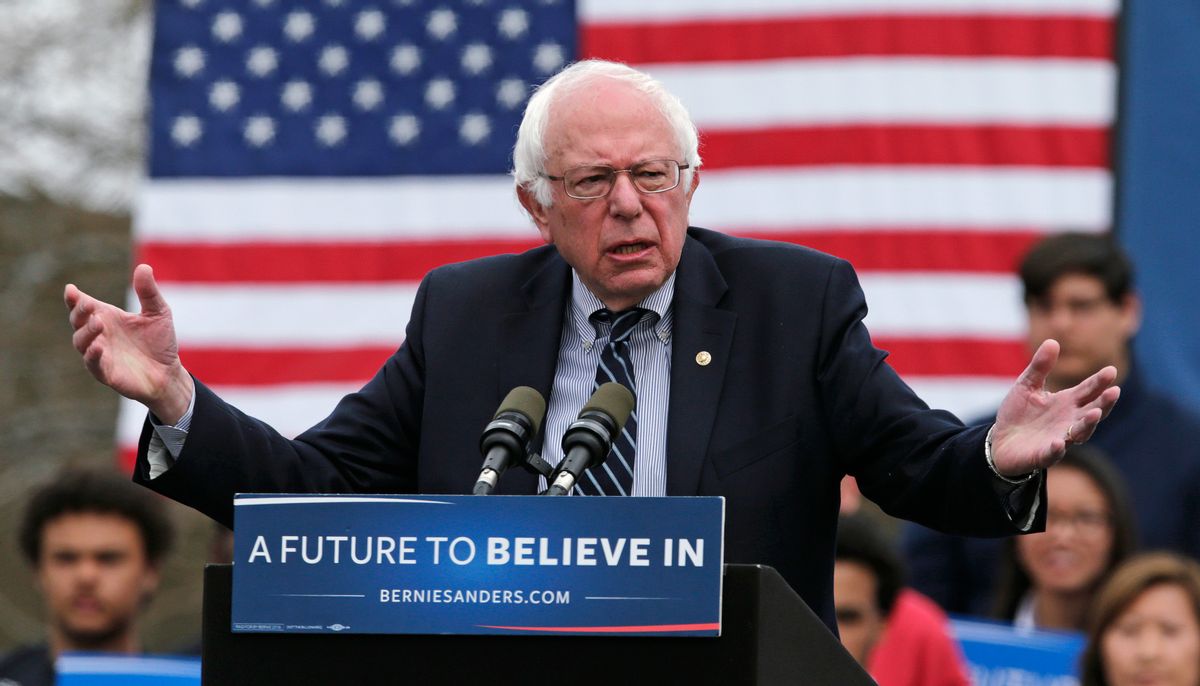 Even though Bernie Sanders continues to push the notion that he has a chance at the Democratic nomination, many of his supporters are beginning to accept that it's all but mathematically impossible at this point for him to pull it out. So a new narrative is starting to form, about how it's supposedly time for Hillary Clinton supporters to shut up, cease criticizing the candidate, and let him and his people continue to lambast Clinton daily without any counter fire.

Call it the "sore winner" narrative and it's starting to take off in grumpy Sanders circles.

.@ddguttenplan: "If Hillary Clinton doesn’t stop being such a sore winner, she may well end up a sore loser." https://t.co/N4d1vhsuma

My take on the Clinton aide saying "Fuck you" to Sanders. The only thing people hate more than a sore loser is a sore winner.

Most of this is, of course, just people projecting their own feelings onto Clinton and has nothing to do with her actual behavior. As Greg Sargent of the Washington Post notes, "Clinton and her campaign are actually trying to signal to Democrats that they should dial down the hostilities with Sanders and his supporters." Gender only intensifies this, of course, as women are already expected to beat themselves up and gesticulate about how unworthy they are, and so simply seeing a woman who is gracious but unapologetic pisses people off.

But this grousing is also an attempt to silence anyone who might continue to criticize Sanders, Clinton supporter or not. Which is understandable, to a large degree. After all, as the blogger Duncan Black notes, it's not like doing so will win over any primary votes this late in the game, and it doesn't really matter one way or another if it does. "Clinton won. It's over," he complains.

For one thing, Sanders refuses to accept that this is over. As long as he's saying that, he needs to be treated like we would any other candidate. It's ridiculous to coddle him and treat him like an old coot who needs to be handled with kid gloves like he doesn't know any better.

But, more importantly, there are actual lessons to be learned from the Sanders loss. Refusal to do an autopsy on his campaign out of a misplaced fear of annoying his supporters is a bad idea. On the contrary, a thorough examination of why he failed might prevent similar mistakes in the future.

To wit, the Sanders campaign was, above all other things, a test of a popular political theory that's been banging around for a long time, really gaining traction with Thomas Frank's 2004 bestseller "What's the Matter with Kansas?" The idea behind this theory is that Republicans are only able to get to white working class and middle-class voters with racist and sexist appeals because the Democrats don't counter with a strong message of economic justice. If Democrats embraced economic populism, offering things like single payer health care and free college that appealed to the self-interest of these voters, they could convince these voters to abandon their crusade to ban abortion and kick all the Mexicans out.

It's a really appealing theory, in no small part because the Democrats used to have broad appeal to white voters in the old days, and if they could win back voters that defected to the Republicans decades ago while keeping the majority of non-white voters, they'd have an unstoppable coalition.

Sanders himself is a huge proponent of this theory. In 2014, he told NPR that the reason Democrats lost the white vote is because "if you are in the working class, you are struggling to keep your heads above water." He suggested the way to win them back is for Democrats to suggest "a massive federal jobs program."

Critics of this theory, including myself, have suggested that, as nice as it would be to believe that it's all about economics, the likelier reason is that white people who vote Republican simply put a priority on maintaining racial and gender hierarchies over economic justice, and that won't change no matter how many goodies you offer them.

You can delve into the lengthy historical evidence of this — for instance, the turn dates back to the 60s, long before "neoliberalism" was an idea — but it's no matter, since Sanders offered the country a neat little experiment: Would running a candidate who campaigned as a bold economic populist who offered a platform built on soaking the rich and drastically expanding social spending be enough to woo independents and even Republicans over to the Democrats? It was a perfect experiment, especially since his primary opponent was exactly the kind of center-left candidate that proponents of this theory blame for losing white voters.

The answer is a resounding no. Sanders' promise that his message of economic populism would awaken the masses turned out to be a giant whiff. He didn't raise voter turnout or woo Republicans over. He didn't even woo independents over. He couldn't even get the majority of Democrats, even though they are the group most open to the idea of boldly remaking the economy into a more socialist state.

That's why it's important not to give up criticizing Sanders. His political theories were wrong. Instead, there's significant supporting evidence for the competing theory, which was popularized by Barack Obama and embraced by Hillary Clinton, which is that the Democrats do better by focusing on core constituencies, like women and people of color, rather than continuing to chase the elusive white working class male vote.

That doesn't mean giving up on economic justice, of course. Appealing to core constituencies is done best by meeting their economic needs. But it shows that hopes that a more populist-sounding appeal doesn't actually do diddly squat to convince people who are voting their racist and sexist resentments to quit doing so.

If anything, it's all more important now than ever for critics to stay on Sanders. Right now, he's pushing this idea that the only reason he lost is because the system was rigged against him, rather than admitting that his bold plan to win white working class voters back into the Democratic fold failed. If he's permitted to do this without pushback, he might convince some gullible Democrats to keep wasting time and energy on trying to win over white voters with economic populism, rather than committing to the winning strategy of building up the Democratic coalition through old-fashioned liberalism. Which, ironically, would end up undermining the long term goal of building a progressive majority.