Brexit could break up Britain: Why the EU vote could mean the end of Britain as we know it

If Britain bolts the European Union, the dismantling of Britain is the natural and likely next step 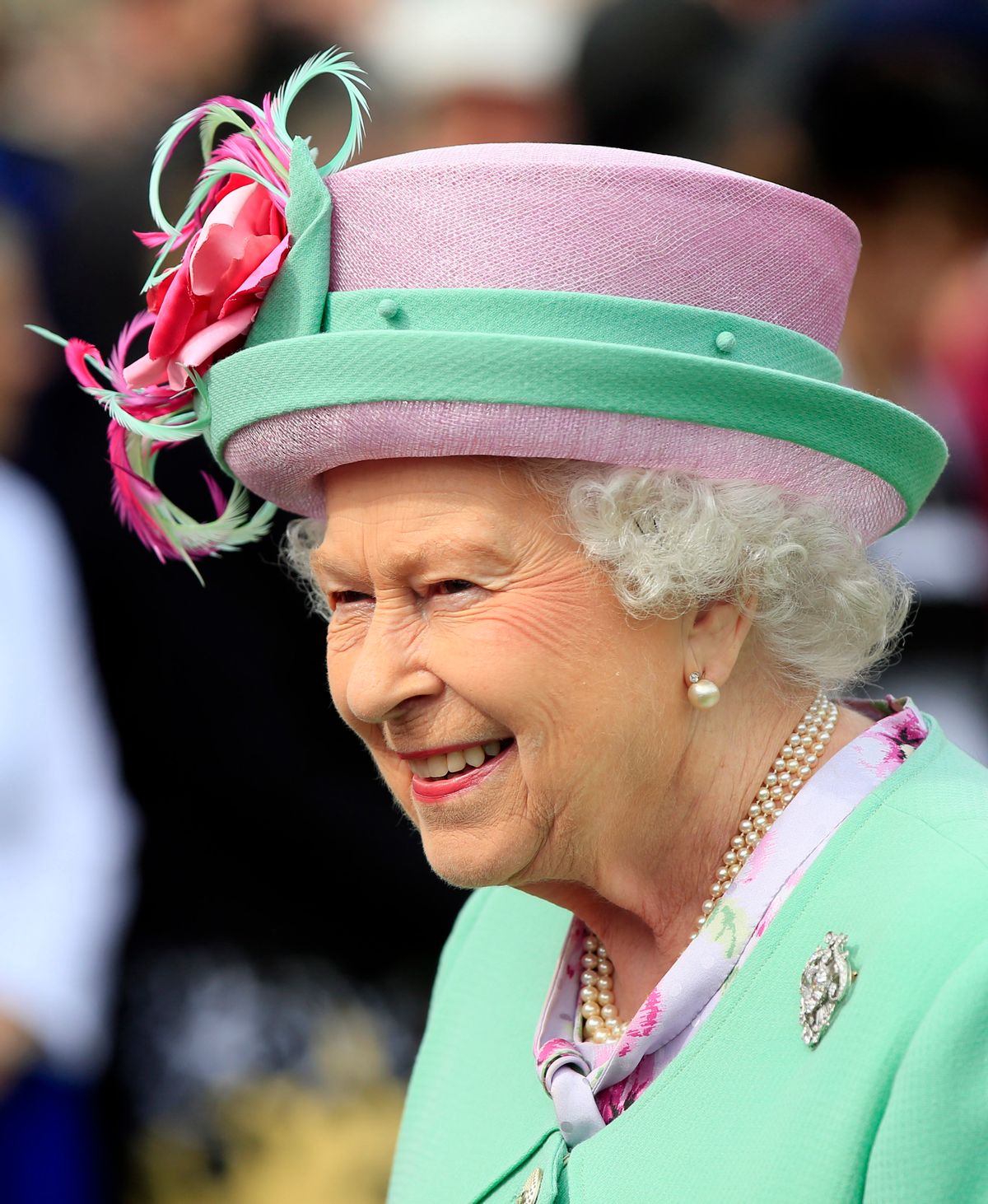 Planning that dream trip to Britain? Better make it quick. If Brexit campaigners win the referendum on membership of the European Union on June 23, the country might not exist for much longer. At least not as we know it.

If a majority of Brits decide they want out of the European Union, all outcomes are possible. But there’s one very real possibility that Brits are largely ignoring: that a vote in favor of a Brexit could conceivably lead to the breakup of Britain and then of the Commonwealth. Meanwhile, what remains of the British government in Westminster would be so handicapped it could do almost nothing about it.

The idea that a win for the Brexit campaign could result in Britain breaking up isn’t new. Alex Massie covered the subject with his usual eloquence in The Spectator in January, other British newspapers have mentioned it in passing, and Tony Blair has often spoken about it. The trouble is, if you want an idea scorned in Britain, get Tony Blair’s support.

However, Brexit supporters are willing to believe that everything will be awesome in the event of the Brexit winning, an optimistic view verging on pie in the sky. The dismantling of Britain is a far more logical and likely outcome.

Assume that the current national polling within the UK is going to remain fairly accurate. That means the Brexit campaign wins because a majority of English voters want out, while a majority of voters in Scotland, Northern Ireland and (less likely) Wales support remaining within the EU. Given current polling, that’s the Brexit campaign’s most likely route to victory.

What next? The first thing the Scottish Nationalists will do is demand another independence vote. In fact they are already doing just that. The Scottish Nationalists narrowly lost an independence referendum in September 2014, and leader Nicola Sturgeon has made no secret of her desire for another referendum should Britain choose to leave the EU. She has already argued, rightly, that the last independence referendum in Scotland was based on a background of Britain remaining a part of the EU. With the backdrop changed so dramatically, based largely on English votes, the calls for another independence vote will be deafening.

This time the Scottish Nationalists know they will win. Given a choice between leaping into the unknown handcuffed to England or remaining a part of a stable (if risky) European Union, Scots will take their chances with Europe. The risk to Scotland is debatable too. Most observers are only willing to consider the downside risk. But there is upside potential too, much more so than there was the last time Scots went to the polls to decide their future.

More than just avoiding a leap into the unknown, remaining part of the EU while England leaves arguably represents a once in a lifetime economic opportunity for Scotland. Every business that might consider leaving England for mainland Europe following a Brexit might instead consider moving to Scotland. Scots speak the same language, sort of, will probably adopt the Euro as currency, are more conveniently situated for mainland Europe than Ireland, and have a highly advanced renewable energy sector. For many businesses that want to move, Scotland might be an attractive alternative to moving to mainland Europe.

The numbers don’t even need to be huge for Scotland to emerge as a big economic winner. If five per cent of American companies in the UK moved their European HQ north it would be a major employment and economic windfall for Scotland.

Plenty of Brexit campaigners want Britain to remain whole. They argue that Scotland won’t be an automatic member of the EU and that it may not get favorable membership terms. Alternatively, and just as likely, an EU desperately wanting to stick it to England might fast track Scottish membership and give the country very favorable terms.

As for campaigning, the Brexit referendum is a balancing act for Ms. Sturgeon. Independence is tantalizingly within reach, but only if the Brexit campaign wins while remaining unpopular in Scotland. She must be willing the English to do their part.

No matter what campaign dilemmas Ms. Sturgeon faces, they will pale in comparison to those Prime Minister Boris Johnson will face, assuming, as most do, that the Brexit campaign’s figurehead becomes Prime Minister in the event of a Brexit win. He can’t then beg the Scots to stay having led a Brexit campaign based national sovereignty and self-determination arguments, particularly as his popularity north of the border makes current PM David Cameron look like William Wallace. Imagine that – the Queen’s Prime Minister unable to campaign to keep the country intact.

So Scotland will go. Dominoes, anyone?

Where politics and religion have failed to unite Ireland, EU economics might. Ulster has – and always has had – a far greater affinity with Scotland than with England. That’s why people whose ancestors came from Northern Ireland to the United States are called Scots-Irish. Go to any university town in Scotland and you will find a lot of kids from Ulster. Not so much in England.

Ulster’s loyalist identity is very much based on being a part of Britain. If Scotland leaves the UK then Britain no longer exists. Will that identity remain strong as a part of England? Where does that leave Ulster? The choice it faces is slightly different to those facing the others: Northern Ireland can hitch its wagon to England, to Europe as an independent nation, or to Europe as a part of a united Ireland.

Uniting Ireland might seem unlikely, and the peace process is nothing if not fragile. But the idea that Ulster’s Protestant majority would be persecuted by a Catholic national majority is increasingly rooted in the past - over the last 20 years Ireland has gone from being one of the most religiously repressed nations in Europe to one of the most socially liberal and progressive. The influence of the Catholic church in Ireland is nothing like what it was a generation ago. A united Ireland is not as improbable as it once was, and is much more probable if a Brexit wins and Scotland gets its independence. Maybe not as clear cut an outcome as is likely in Scotland, but not one you’d want to bet on either.

Wales is the least likely to go it alone, and polling suggests that the Brexit might win a majority of Welsh voters. Regardless, if England forces Wales out of the EU, if separation from the EU causes more harm than anticipated, and if independence works for Scotland, calls for a Welsh independence will get louder.

Not all English people consider losing Scotland, Northern Ireland or Wales a problem, and breaking up the UK is just another reason to vote for the Brexit. Those whining Jocks, those arrogant Taffs, and those backwards Micks, they’d say. Without them, England will be rid of more baggage, just like being rid of the EU. These hangers-on have never contributed anything to the country.

Apart from several hundred years of outstanding contributions in terms of military service, tax revenue, business, energy, food, and culture. A bit of everything. Many of the great British traditions would die if the UK breaks up. Not all of them. But lots of them.

Personally, as someone who grew up in England with Scottish parents I consider myself British first, English or Scottish a distant second. I want Britain to be somewhere, not somewhere in the past.

So speaking of dominoes, what about the Commonwealth?

The last remnants of the British Empire might be unfamiliar to many Americans. The Commonwealth is a collection of states (53 countries including Canada, Australia, Nigeria, India) bound together by Britain’s colonial past. The Queen is still the official head of state… but for how much longer?

It’s possible that an independent Scotland and a united or independent Northern Ireland could decline membership of the Commonwealth. Where does that leave the rest? It’s not difficult to imagine many Commonwealth members saying something like “been fun while it lasted but now it’s time for us to stand on our own two feet.” Support for republicanism isn’t what it was a decade ago, but what if Britain no longer exists?

At some point, King Charles becomes head of state. Like him or loathe him, he doesn’t have quite the same gravitas as his mother – which in itself might be enough for Australia and Canada to think about a president. Just this week an Australian politician angered the Brexit campaign by daring to voice his concern about what a Brexit might lead to. The nerve!

The Brexit campaign has made much of ties to the Commonwealth, particularly its richest members. They seem to think that those countries are still in England’s thrall and will remain so come what may. That’s a very naive assumption. Their populations are of increasingly diverse origin, with the exception of Nigeria and India. But it doesn’t take a great leap of imagination to think that if Britain breaks up these countries will then sever what remains of their umbilical cords, at least in terms of sovereignty if not trade and sport.

It bears repeating that a Prime Minister Johnson would be irrevocably tied to national sovereignty and self-determination. The Brexit wagon has no wiggle room. He could not seriously oppose those same things in other nations without making himself appear more of a fool than he already does on a regular basis. How could he oppose an Australian referendum on Commonwealth membership? To Indian membership? He wouldn’t be accused of hypocrisy, because an accusation implies that it’s debatable. It wouldn’t be.

Despite what voters hear from most politicians and paid shills there is one other certainty about the Brexit: that there are no easy answers. Whichever road British voters choose to take will be a tough one. There is no decision that will turn Britain into Thomas More’s Utopia.

In many – most - ways Europe is a pretty unattractive place right now. A stagnant economy, a refugee crisis that lurches from open arms one minute to callous disregard for human life the next, an out of touch bureaucracy that has spent half a century failing to tell anyone what it does. No wonder the Brexit campaigners have the bit between their teeth.

A united Britain standing alone against European tyranny sounds pretty attractive in comparison. It fulfills the romantic notion many Brits cling to, the lone hope against an evil empire. Star Wars meets the Dunkirk Spirit. And there is no guarantee that the doomsday predictions of many economics should Britain exit the EU will turn out to be correct. There’s a reasonable chance that the economy might do just fine once the dust has settled, that as some trade doors close others open, that investment might not be affected and so on.

The greatest irony of the Brexit campaign is that its supporters claim to be doing it for the good of Britain, that the best interests of the country are served by abandoning the EU. Once Britain frees itself from the yoke of Brussels it will once re-emerge as one of the world’s major national powers. Which apparently it isn’t at the moment.

Here’s an alternative possibility: that a vote to leave the EU results in the breakup not only of Britain, but of the Commonwealth. How a dismantled Britain regains its former glory is not clear, neither is it ever going to become clear. A dismantled Britain is a greatly diminished Britain.