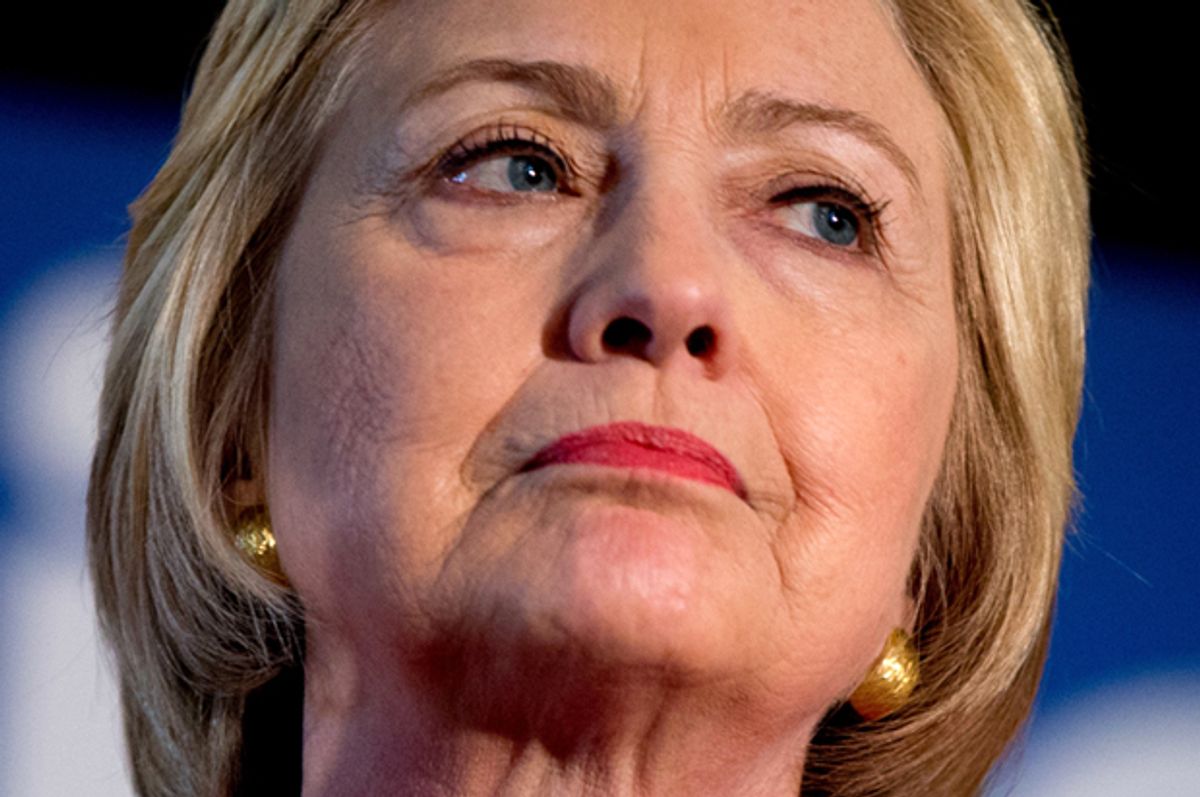 In a 2011 interview with the Indian newspaper The Siasat Daily, Indian-American businessman and longtime friend and financial supporter of the Clintons, Sant Chatwal, was unusually candid (for a big donor, at least) about his experiences in American politics as a wealthy donor:

“In politics nothing comes free. You have to write cheques in the American political system. I know the system. I had to work very hard. So I did as much as I could,” said Chatwal, who was co-chair for Hillary Clinton’s presidential exploratory committee in 2008. He continued: “I was interested in building a relationship between India and America... [So I] invested a lot of money in [Michael Dukakis]...But he lost the election because he failed in the debate. Then I thought, let me bet on [Bill] Clinton...I bet on [Clinton]. He became president. Already we were good friends like a family.”

Three years after this interview, Chatwal pleaded guilty to “skirting federal campaign contribution laws and witness tampering,” as reported by The New York Times. The businessman admitted that he had “funneled more than $180,000 in illegal contributions between 2007 and 2011 to three federal candidates,” one of them being Hillary Clinton. In a recorded conversation with a government informant, Chatwal was even more forthcoming about buying political influence: “Without [money] nobody will even talk to you. When they are in need of money, the money you give, then they are always for you. That’s the only way to buy them.”

None of what Chatwal said should be news to anyone with common sense; in American politics, politicians depend on financial contributions to fund their campaigns, and the more an individual (or organization) can contribute, the more influence and power they can obtain (at least that is the hope in writing big checks).

As Chatwal pointed out, influence doesn’t come free in American politics (although it is sometimes surprising how cheaply politicians can be bought). And if a politician chooses to forgo fundraising for big money contributions, the odds of getting elected or reelected are not in his or her favor: the better-funded candidates win the overwhelming majority of the time.

Money in politics has been an important and at times contentious topic during the 2016 presidential race, particularly on the Democratic side of things, where Bernie Sanders has campaigned almost entirely on small donations — breaking grassroots fundraising records previously held by Barack Obama — and railed against Clinton for her financial ties to Wall Street and other industries.

Clinton has responded to these criticisms by arguing that Sanders has no proof of quid pro quo, a similar line of reasoning that right-wing Supreme Court Justices use when throwing out campaign finance laws. At one debate, she insisted that Sanders was peddling an “artful smear” by questioning whether big money donations or high-paid speeches influenced her, which — not surprisingly — she has denied completely.

Of course, there is very good reason to believe that the billionaires and corporations that donate to Clinton or pay her generously for 30-minute speeches are expecting something in return (as with every other politician they donate to). Wall Street bankers don’t contribute to both Republicans and Democrats because they like Republicans and Democrats equally, but to hedge their bets (needless to say, some politicians are much more willing to bend than others).

This is all an indictment of the system, not any particular politician; but the fact that the Clintons have thrived for so long within this system and have become obscenely wealthy because of it should trouble any progressives who want to see meaningful reform. As former Secretary of Labor Robert Reich put it, Clinton is the “most qualified candidate for president of the political system we now have,” but “Sanders is the most qualified candidate to create the political system we should have.”

What has been especially disturbing about the 2016 Democratic primary debate over money in politics has been the extent to which partisan Democrats have been willing to use right-wing talking points to defend their preferred candidate, dismissing big money contributions as inconsequential without concrete evidence of quid pro quo.

Barney Frank, a prominent Clinton surrogate and board member of Wall Street bank Signature Bank, has gone so far to accuse Sanders of McCarthyism (which is funny, considering the Clinton camp began red-baiting Sanders and his supporters pretty early on) for implying that Clinton and other politicians are influenced by contributions.

In a 2012 interview with NPR, Frank had a slightly different tune: “People say, ‘Oh, it doesn't have any effect on me.’ Well if that were the case, we'd be the only human beings in the history of the world who on a regular basis took significant amounts of money from perfect strangers and made sure that it had no effect on our behavior.”

Perhaps Hillary Clinton is that one human being in the history of the world?

At this point, Clinton is almost certain to be the Democratic nominee. But this doesn’t mean that the Sanders movement should quickly fall in line behind the former secretary of state — especially if she makes no real effort to appeal to Sanders supporters. The Bernie campaign has put a corrupt political system on trial, and this debate will go beyond 2016. And after she locks up the nomination, Clinton should expect even harsher criticisms from Donald Trump, whose financial independence has been one of his major assets throughout the race.

One thing should be clear: comprehensive reform will only come about when a popular movement demands it, and when people collectively combat the influence of the biggest donors.