Hillary's on the wrong side of history again: Noam Chomsky, Palestinian freedom, and a policy stuck in the past

Young people, progressives and people of color are increasingly on side of Palestinian freedom. Where's Clinton? 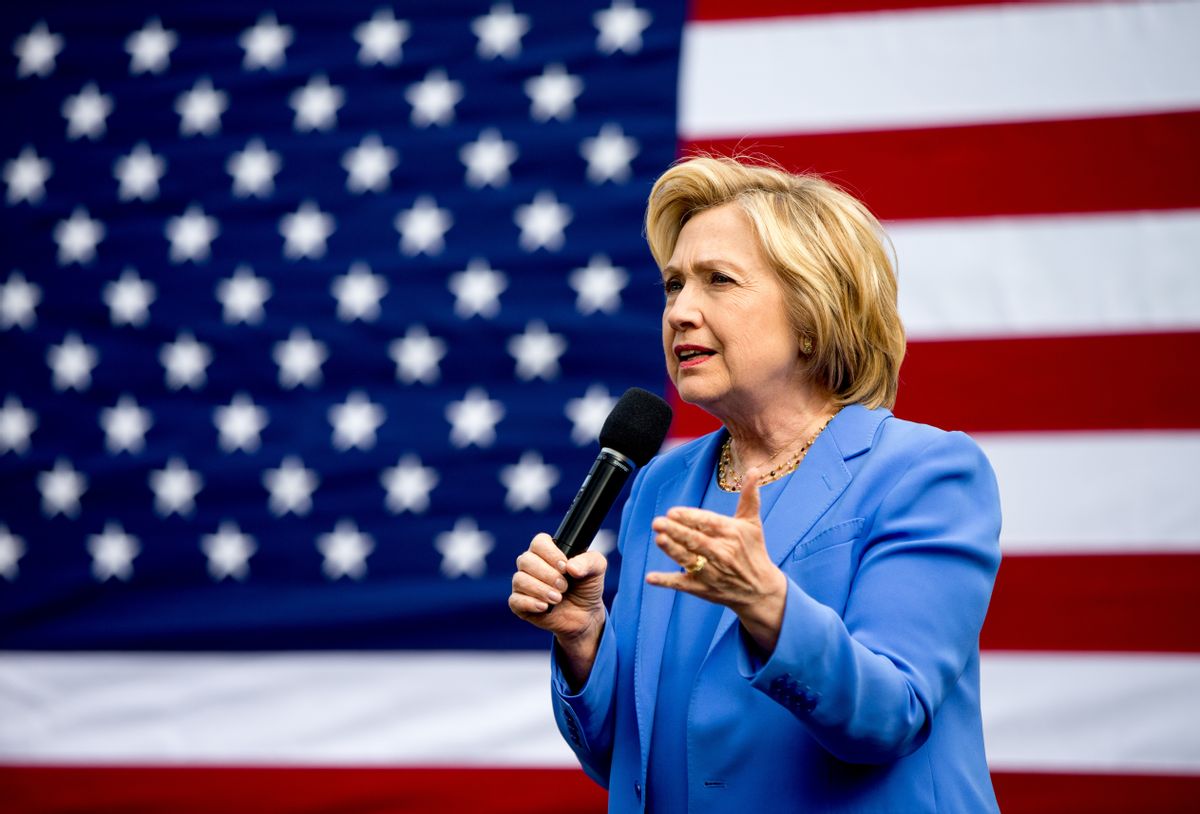 Despite the latest frontal attack on the grassroots boycotts, divestment, and sanctions (BDS) movement for Palestinian freedom by church member Hillary Clinton, and intense lobbying by representatives of the Israeli government with church delegates, the United Methodist Church continued its support of Palestinian rights at its General Conference in Portland last week.

In a press release, United Methodist Kairos Response, a group that advocates for policies in support of an end to the church’s complicity in Israel’s occupation, reported:

Despite fierce opposition, which included calls to delegates from Israeli ambassadors and consulates, the United Methodist General Conference passed strong measures calling for an end to Israel’s unjust practices toward Palestinians… Resolution 60206 calls on Israel to correct the unequal distribution of water in the West Bank, where illegal Israeli settlers receive four times as much water as the indigenous Palestinians. It also demands that Israel recognize existing titles to land owned by Palestinians within the West Bank…

A third measure, Resolution 60868, calls for a church-wide Task Force led by key agencies to review and research actions that respond to the requests by church missionaries and Palestinian Christians. All United Methodist missionaries who have served in the Holy Land and thousands of Palestinian Christians have asked the church to cut its financial ties to the occupation.

The conference also voted down a measure that would have included criticism of Israeli state policies in its definition of anti-Semitism. The defeat of that threadbare diversion and the passage of these measures despite all this pressure -- by an organization that is increasingly split between progressive and conservative wings -- is highly significant. The church has seen sharp divisions not only with regard to Israel-Palestine, but also LGBT rights; at the same conference delegates voted 428-405 to delay all consideration of LGBT-related proposals.

Reflecting the ongoing strength of the church’s support for Palestinian rights, it’s important to recall that the United Methodist Church has in fact already taken concrete action to boycott and divest from Israel’s occupation of Palestinian lands.

At its last general conference in 2012, the church voted to boycott products made in Israeli settlements built on occupied Palestinian land in violation of international law and official U.S. policy. Most recently, in an unprecedented move, in December the church’s pension fund put five Israeli banks on a no-investing list, divesting from two of them. As the New York Times reported in January: “The pension board of the United Methodist Church — one of the largest Protestant denominations in the United States, with more than seven million members — has placed five Israeli banks on a list of companies that it will not invest in for human rights reasons... It appeared to be the first time that a pension fund of a large American church had taken such a step regarding the Israeli banks, which help finance settlement construction in occupied Palestinian territories.”

The UMC has clearly taken major steps in support of Palestinian human rights, including the use of boycotts and divestment, as have a growing number of other organizations and institutions, including other Christian denominations like the Presbyterian Church (USA) and United Church of Christ.

In a recent interview on Democracy Now!, Noam Chomsky provided this diagnosis of why Clinton is so outspoken against such boycotts, divestment, and sanctions:

As to the tactics of boycott and divestment, they make perfect sense. When the Presbyterian Church imposes a boycott and divestment on anything connected to the Israeli-occupied territories, including U.S. multinationals—that’s critical—which are involved in the territories, that’s a very positive step forward, not only supportive of international law, supportive of genuine moral principles, a significant act, a nonviolent act, to oppose brutality, violence and repression. We could, I think, go much farther. As I said, we should be calling for implementation of U.S. law, along joining Amnesty International and others to call for an end to U.S. military aid to Israel. Boycott and sanctions make perfectly good sense when these tactics are properly applied, as they often are.

You can understand why Hillary Clinton is frightened of them. They might undermine the policy of her husband and his predecessors, and Obama, as well, to support Israeli violence and aggression, to protect Israeli nuclear weapons from scrutiny so we can’t have a nuclear weapons-free zone in the region, to veto Security Council resolutions, which literally support official U.S. policy, as Obama did in February 2011. Yeah, and the nonviolent actions to undermine this, legitimate actions, of course frighten Hillary Clinton enormously.

Clinton also might also want to keep in mind that she’s increasingly out of touch with the American public in general, and Democratic voters in particular, who are far more critical of Israel and oppose the kind of unconditional support for Israel that she advocates. According to a November 2015 poll done by the University of Maryland’s Shibley Telhami, who tracks US public opinion on Israel-Palestine, 75% of Democrats and 80% of independents want the U.S. to be neutral in its dealings with the Israelis and Palestinians. The same poll showed that 49% of Democrats would support sanctions or stronger action against Israel over settlement building, while a poll conducted by Professor Telhami in November 2014 showed that 39% of all Americans felt the same. According to the November 2015 poll, only 45% of Republicans want the U.S. to take Israel’s side.

In particular, young people, progressives and people of color are increasingly sympathetic to the cause of Palestinian freedom, including the BDS movement. These findings concern exactly the demographics that Bernie Sanders has been so successful with. Reflecting this desire for a more fair and just U.S. policy toward Israel-Palestine among his supporters and Americans in general, Sanders has announced that he will be appointing James Zogby, president of the Arab American Institute, DNC member, and activist and scholar Dr. Cornel West, both outspoken supporters of Palestinian rights, to a seat on the committee that will decide the Democratic party platform.

And in a remarkable exchange during their debate in Brooklyn earlier this year, Sanders “shattered an American taboo on Israel,” as Vox’s headline put it, by doubling down on his statement that Israel’s attack on Gaza in 2014 was “disproportionate” to the threat it was facing, and pressing Clinton on her lack of concern for Palestinian lives and rights -- to cheers and a cry of “free Palestine" from the audience.

Sympathy for an increasingly militant and radically aggressive Israel is being eroded continually as its true nature is becoming more and more manifest to the world at large. Consider these recent remarks from former Israeli prime minister and minister of defense Ehud Barak, as reported in Ha’aretz:

Israel has been "infected by the seeds of fascism," former prime minister and defense minister Ehud Barak said during a TV interview on Friday night.

Responding to the resignation of Defense Minister Moshe Ya'alon earlier in the day, Barak said that it "should be a red light for all of us regarding what's going on in the government." "Life-sustaining Zionism and the seeds of fascism cannot live together," Barak told a Channel 10 interviewer.

Ya'alon's resignation is "the end of a chain that began with the case of the soldier who shot [a wounded Palestinian assailant to death]," Barak said. "Such incidents give us an X-ray image that is opposed to the will of the people.” … "What has happened is a hostile takeover of the Israeli government by dangerous elements. And it's just the beginning."

This is precisely the government whose head of state Clinton has said she plans to welcome to the White House immediately after she is elected, and who she has repeatedly pledged to protect from the grassroots, nonviolent BDS movement for Palestinian freedom and rights. Clinton is allying herself with a leader even Israel’s own people are increasingly concerned about, and in the process she is standing on the wrong side of history -- yet again.