The dark side of Hollywood: The secret is out — now the alleged abuse of children must be confronted and investigated

If we continue to discuss Hollywood pedophilia in abstractions, generations more will experience "cyclical" abuse 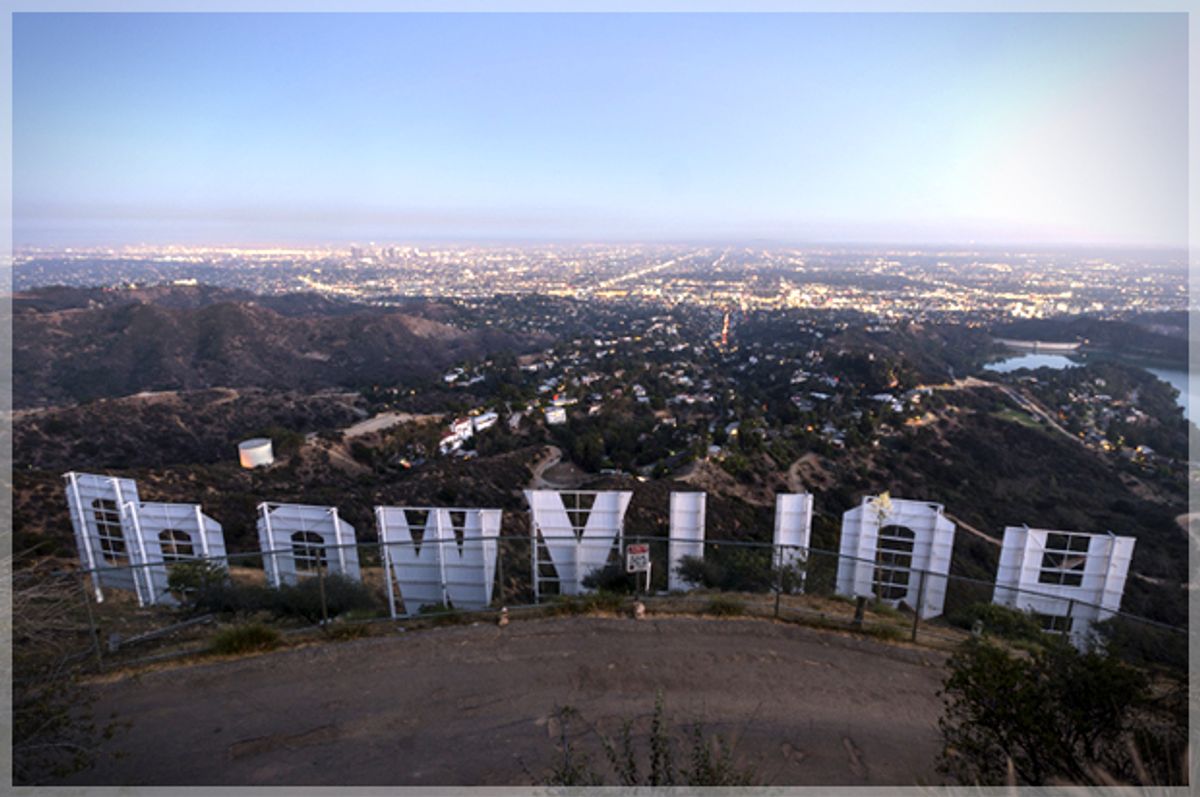 In an interview with the Sunday Times last weekend, "Lord of the Rings" star Elijah Wood became the latest celebrity to cryptically mention the "darkness in the underbelly" of Hollywood's studio system.

"The tragedy of attempting to reveal what is happening to innocent people," he said, is that "They can be squashed but their lives have been irreparably damaged."

Wood walked back those statements in a Hollywood Reporter follow-up on Monday.

"Let me be clear: This subject of child abuse is an important one that should be discussed and properly investigated," he clarified. "But as I made absolutely clear to the writer, I have no firsthand experience or observation of the topic, so I cannot speak with any authority beyond articles I have read and films I have seen."

Still, Wood's revelation is making the rounds and getting deserved attention (especially in the U.K., where Jimmy Savile's pedophilloic legacy survives him).

"We should be talking to the district attorneys and the lawmakers in California," he explained, "especially because this is a place where adults have more direct and inappropriate connection with children than probably anywhere else in the world."

California's statute of limitations for childhood sexual abuse presently requires a case to be brought "within eight years of the date the plaintiff attains the age of majority."

As Feldman explained, childhood sexual abuse is a more pressing concern now than ever "because nowadays you can use the internet to create fake profiles and fake accounts ... With social media we have more access than ever to everybody."

But even if Feldman can't name names, there have to be victims between the ages of 18 and 26 capable of blowing the whistle on these abuses.

In Bill Cosby's case, all it took was one woman to come forward for his entire house of cards to fall. Now, at 78, he's potentially looking at up to a decade behind bars if convicted.

What's stopping victims of sexual abuse in Hollywood from also speaking out?

Nine years ago, independent documentary filmmaker Amy Berg attended the 79th Academy Awards. Her film, "Deliver Us From Evil" — about Father Oliver O’Grady, a former-Catholic priest and convicted sex offender who admitted to sexually abusing at least 25 children during stints at four churches in California in the ‘70s — was nominated for Best Documentary Feature. Though it received critical acclaim, the film ultimately lost out to "An Inconvenient Truth."

One would think that with a successful directorial debut on her résumé, Berg wouldn’t have trouble finding producers willing to bankroll her subsequent projects. One would be almost right; Berg has put out four feature-length documentaries since 2006.

Perhaps most noteworthy was "Prophet’s Prey" — a profile of Warren Jeffers, the incarcerated leader of the Fundamentalist Church of Jesus Christ of Latter Day Saints, who received a life sentence plus 20 years for two counts of statutorily raping minors, aged 12 and 15 — which ran on Showtime early last October.

Another of her documentaries, though, is virtually impossible to watch. "An Open Secret," Berg’s third documentary — profiling rampant child molestation in Hollywood — effectively ceased to exist after preliminary showings in Seattle and Denver failed to garner even modest momentum.

Ron Rodgers, co-creator of Rocky Mountain Pictures, the film’s distributor, told Deadline Hollywood last June that "An Open Secret" was “In 26 years … the lowest-grossing film we’ve ever had.”

In a 2014 profile in Elle Magazine, Berg explained her frustration with the industry’s indifference to the subject matter.

"I don't think anyone takes it very seriously. I think the industry has accepted it as an industry standard,” she said. “When it first broke that I had this film, I received phone calls from people way above the people I usually talk to in the studio system, who really loved it. And then I couldn't get the support on the corporate level. They didn't want to touch it."

"It's shocking how little enforcement or regulation there is about who gets to work with children,” echoes Matthew Valentinas, the film’s co-producer. “Animals have more protections and rights on a film set than children do.”

Worse yet, in researching her subjects over the course of three documentaries and being exposed to every gruesome detail of these cases, Berg has reason to believe child sex abuse is cyclical.

“In my experience, in doing films that have had victims of sexual abuse in the story, the people that are the most recovered are those who speak out about it at a young age and either find justice by reporting their perpetrator or going to get counseling very close to when the incident happened,” Berg said in an interview with Vanity Fair. “There is another life, if you can kind of get that out early enough.”

"Deliver Us From Evil" and "Prophet’s Prey" have provided victims of abuse at the hands of the Catholic Church and FLDS, respectively, an avenue for therapeutic discourse — an avenue specifically denied to child actors who’ve suffered similar abuses at the hands of pedophilloic producers.

Revelations (however small) from Elijah Wood, Corey Feldman, Amy Berg and the like are necessary to shrink the empathy gap between victims of Hollywood pedophilia and the public.

The scale of power in Hollywood should not be so off-balance as to allow pedophiles to operate with total impunity. The time has come to name names. And unless that happens, Hollywood pedophilia will remain as abstract as the "darkness" of an "underbelly."