Another campus shooting: 2 dead at UCLA, school on lockdown 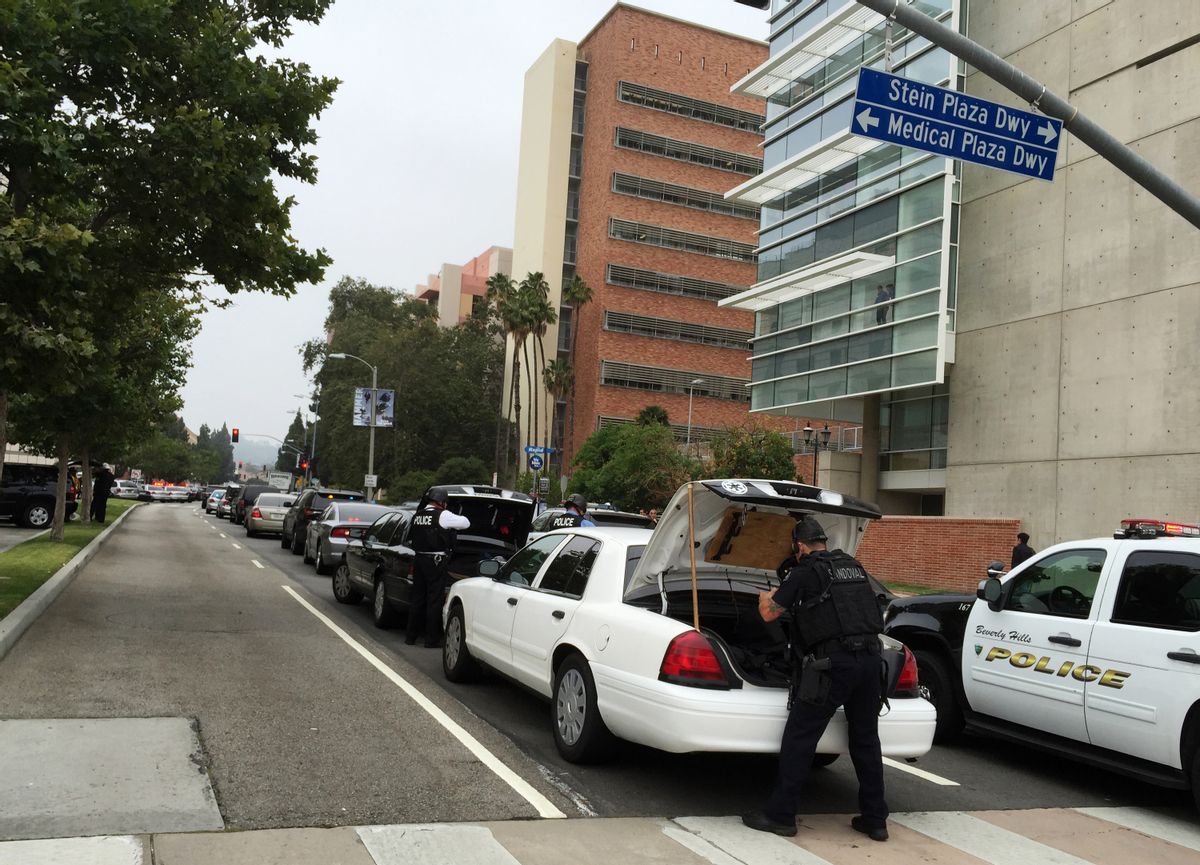 Police work at the scene of a shooting at the University of California, Los Angeles, Wednesday, June 1, 2016, in Los Angeles. (AP Photo/Ringo H.W. Chiu) (AP)
--

The campus of another American school is on lockdown after a gunman opened fire Wednesday.

According to the Los Angeles police department, two people were killed in a shooting at the University of California Los Angeles' campus in Westwood Wednesday afternoon. The University announced it remains on lockdown for an active shooter, however, it is unclear if a suspect is at large.

According to NBC News, a nearby hospital and three elementary schools were also on lockdown.

Law enforcement were sweeping Boelter Hall, where the University's engineering school is located, for a possible active shooter, according to the university. The school, with more than 43,000 enrolled students, is currently in finals weeks.

One student on campus told NBC News that he was in the middle of an exam when the gunman entered.

"He was pointing a big gun and said for everyone to run and get out of the area," senior Bahjat Alirani said.

“It is certainly possible that one of the victims is a shooter, but we do not know that yet,” UCLA police chief James Herren said during a press conference.

Teams from the FBI and the Bureau of Alcohol, Tobacco and Firearms are also responding to the scene:

Live coverage, via a local Fox affiliate below: