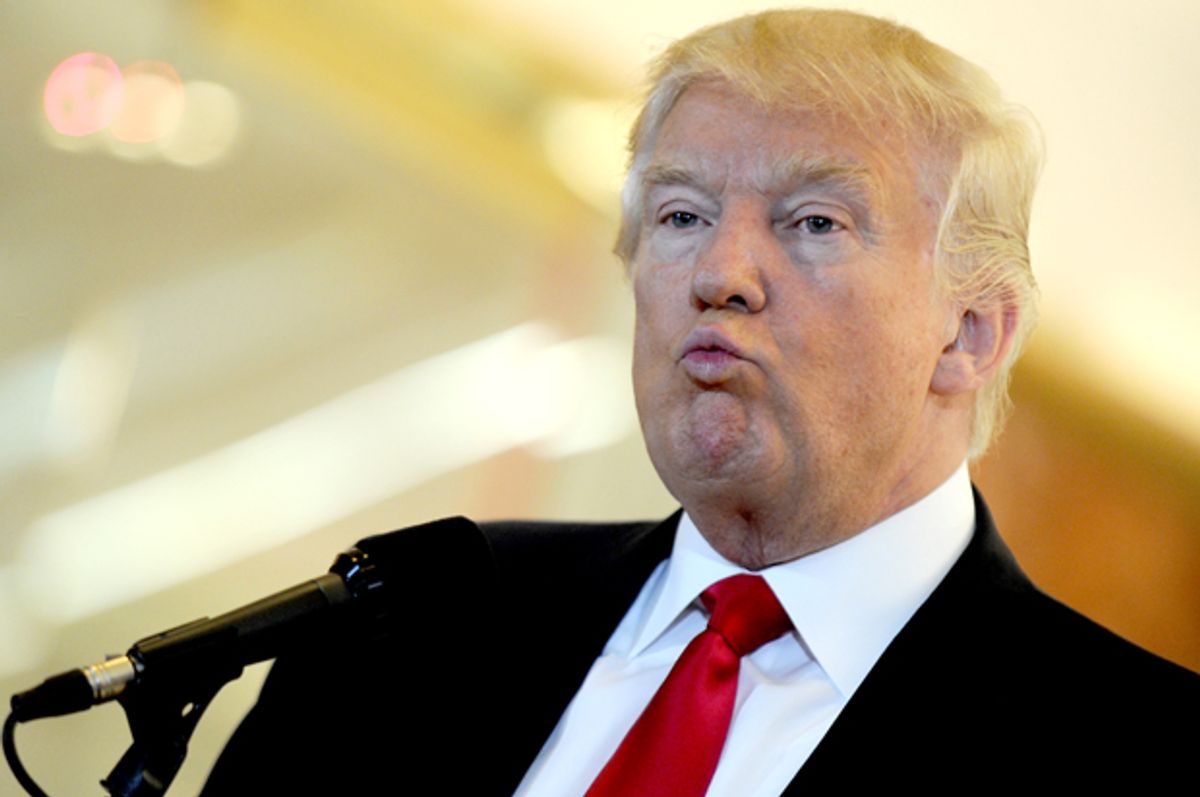 The “Sales Playbook” for employees of the now defunct Trump University is a fascinating document. Over the course of a few dozen pages, the playbook guides Trump University “consultants” through a rigorous and detailed process for manipulating and pressuring prospective Trump University students into forking over thousands of dollars of debt-financed “tuition.” It refers to this process as “The Roller Coaster of Emotions,” and explains in detail both the intended psychological impact of the prescribed emotional manipulation and the best ways to go about winning the trust of the financially vulnerable targets of the system.

At the core of it all: deception. “If you have done your job correctly in the beginning, they will share with you openly because of your relationship,” the document advises. “A relationship where they trust you because they know you are not a salesperson, but rather a Consultant. A Consultant is here to help!” If a prospective client “does not want to give you any financial information,” it reads, that’s probably because they’re “on the defensive because he or she feels you are trying to sell them something.” Remember, these tips for convincing clients they’re not being sold anything are part of the “Sales Playbook.”

This document and others were made public as part of the ongoing series of fraud lawsuits presumptive Republican presidential nominee Donald Trump is dealing with for his central role in the Trump University scam. And they make clear that the business of Trump University was theft, all of it perpetrated under the Trump name and with the implied promise that participation in the program would provide the means to quickly recoup the attendant fees.

The Trump University playbook states outright that “Consultants” should never give a prospective client “a specific period of time that it will take them to be successful.” And it provides “Consultants” with strategies for deflecting customer questions about guarantees of success. “Actually, it’s YOU who need [sic] to assure us that if you’re selected for this advanced training that you’re actually going to get out there and do this,” one script reads. But the sales strategy revolved around pressuring prospective clients to charge their admissions to their credit cards and strongly suggesting that their “investment” would pay for itself.

Here’s how the Trump University playbook instructed “Consultants” to deal with customers who had no credit cards or were already maxed out:

Most people don’t take that money out of their pocket. We teach the technique of using OPM… Other People’s Money. What most people do is handle the tuition by putting it on their credit cards because it gives them the ability to make very small monthly payments and maintain a low overhead to run their real estate project. Then we them [sic] to use their success in real estate to pay off the banks in a couple of months or so.

They weren’t stating outright that you’d quickly make enough money to cover the costs of the tuition, but it’s impossible to walk away thinking anything different.

And, of course, the product offered was utter trash. One former Trump University employee testified that the whole point of the organization was to bombard people with increasingly aggressive sales tactics, and that people hired by Trump University didn’t actually know anything about real estate.

“During the time that I was employed at Trump University, many of the speakers, instructors, and mentors lacked real estate experience,” she testified. “Many of them did not even own houses, and had no experience buying or selling real estate.” What they did know how to do, however, was wring money out of customers. “I am aware that instructors were trained to, and witnessed them, asking students during the $1,500 seminars to call their credit card companies and raise their credit limits two, three or four times so that they would be able to invest in real estate,” she said. “They would tell students to max out their credit card because they would make their money back.”

This is predatory as hell and wildly deceptive, and this high-pressure swindle was all being done with the approval and guidance of Donald Trump, who presumably made a tidy profit from an army of glorified telemarketers targeting the most emotionally and financially vulnerable people they could find.