Meeker's annual report at Code Con shows where the industry is heading in global growth, messaging apps and more 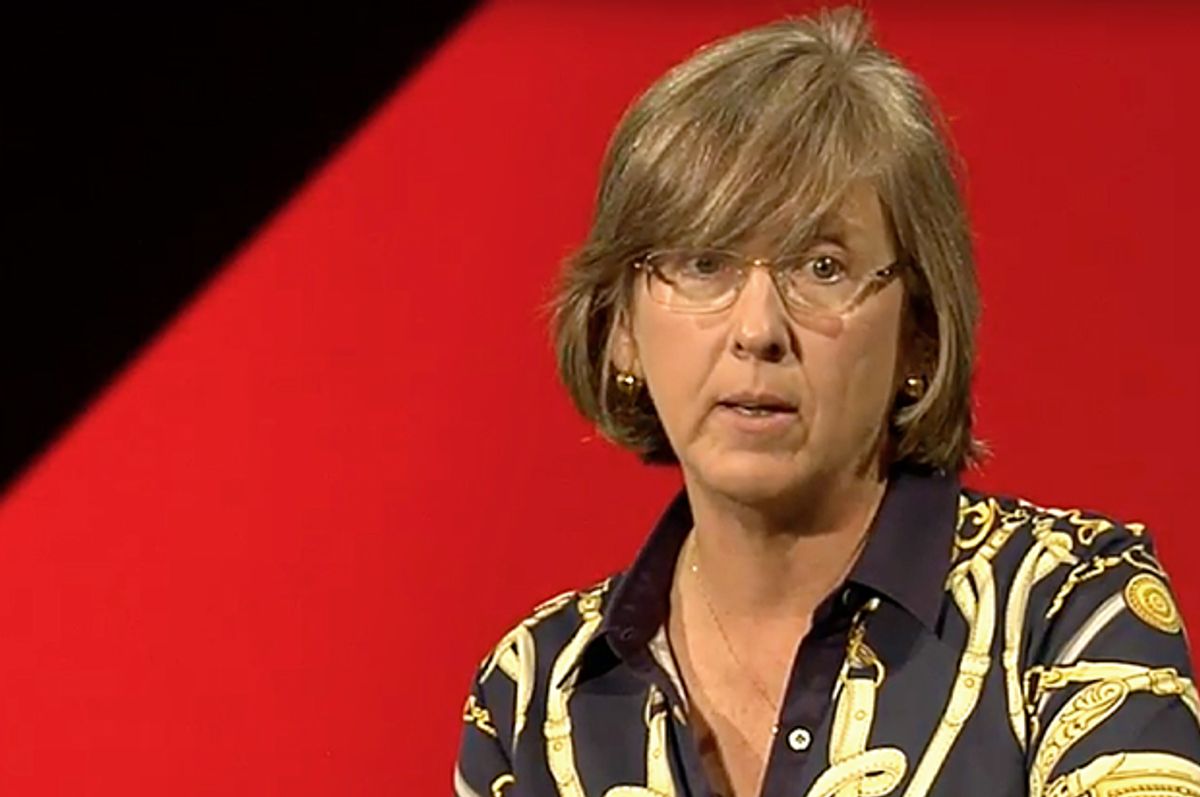 Today saw an annual tech-industry ritual taking place – the unveiling of the internet trends report by Mary Meeker of Kleiner Perkins Caufield & Byers. Presented at Code Conference in Rancho Palos Verdes, where much of Silicon Valley’s elite gathered, the report included more than 200 slides about the online economy and its future. While much of it focuses on the United States, it also looks at the global scene.

It’s easy to drown in the data, which considered everything from the retail price of a smart phone in Vietnam to changes in Belgian debt to the decade CVS was founded.

What does it all add up to? Salon spoke to Andrea Castillo, the Technology Policy Program Manager at George Mason University’s Mercatus Center. We reached her at the university’s campus in Northern Virginia; the interview has been lightly edited for clarity.

These reports come out every year. Was there something that surprised you, or that seemed like a big change from 2015 or 2014?

For most of the people who watch the tech scene, it wasn’t particularly shocking. I think the most headline-grabbing factoid is the projection that global Internet growth may soon slow. There’s a lot of data on developing markets that shows that most of the low-hanging fruit has already been penetrated. People have Internet access, they are already buying smart phones, they’re buying things online with their devices. The people left are the really hard-to-reach people who may not have the income to purchase these devices; in developed countries they might be older people who don’t want to purchase these things, they don’t want to be a part of it.

That’s kind of a cause for concern. You also have concerns about a global economic recession.

The report said that economic growth was slowing worldwide, right?

Right – there was talk about economic growth slowing, debt to GDP obligations, interest rate movements. And if there’s a downturn in the general global economy, obviously, that could affect the tech sector specifically, especially since so much capital has been directed to the technology sector since the previous downturn.

So that’s definitely kind of alarming.

And again, as far as Internet growth goes, the reason it seems to be slowing is that there’s been so much expansion in previous years – so many people have mobile phones, so many people are online already… There’s just not that much room to grow.

For the remaining people, you can get them, but at what cost? It doesn’t make sense to do that.

How important is this report? Mary Meeker seems to be somewhere between Alan Greenspan when he was running the Federal Reserve and an ancient Greek oracle.

Well, Kleiner Perkins is one of the most influential, well-funded venture capital companies in Silicon Valley; they invested in some of the biggest technology companies. And this is presented at Code Conference – anyone who is anybody in Silicon Valley is there today.

So this is pretty influential. If you’re already in these circles, there’s not anything shocking. But it’s a pretty good indicator of what they’re thinking for the next year.

Some of the report is about advertising, specifically online advertising. What are we hearing there?

This has been a huge debate in the tech community: Is advertising effective? A lot of business models are dependent on advertising, and a lot of companies are dedicated to optimizing that.

One interesting thing the report brought up is that Google and Facebook are leading – they blew everyone else out of the water. But online advertising isn’t all that effective, especially video advertising. I think everybody knows that experience, you’re about to watch a YouTube video and you watch some stupid ad that has nothing to do with your life – and you hate it. It backfires – it makes a person hate your brand.

So you might see a re-adjustment on different platforms... Once advertisers see there’s not a lot of return on their money, they’re probably going to stop.

People seem to be muting the ads, looking for ad-blocking software – not really the response these advertisers are hoping for.

Where does there seem to be growth of potential for growth on the Internet? It’s a fairly downbeat report, but is there any place where there’s some anticipation?

The report isolated a few major areas. First of all video – advertising with video doesn’t make sense, but video itself is going gangbusters. Messaging applications – people have moved away from computers and toward phones and tablets, so it’s not surprising that people are using those for messaging.

The final huge area for innovation is driverless cars; the report said it’s a really big area for the U.S. We have a great history of automotive production and innovation here, we have a pretty good regulatory environment, and we have most of the major tech firms working on this in the U.S. So they expect a lot, a lot of growth.

The report also noted that people are communicating a lot more using image – like emojis – and voice. So you might see people in the next few years people looking to optimize the delivery if that kind of project.

Internationally it seems like the big winner is India – where there could be a lot of growth coming.

There’s a lot of growth, but the interesting thing about India is the consider the debacle of Facebook’s Free Basic [where Mark Zuckerberg hoped to give free Internet access to rural regions of India; the plan’s limits led to protests by the nation’s citizens and a rejection by its regulators.] Facebook had a lot of hopes for getting into that market, had a campaign for making it happen. It’s still an open question, how you get into new markets while keeping an eye on cultural sensitivities and other issues in those countries.

So is Silicon Valley feeling happy and optimistic based on this report, or is it a bit of a downer?

I’d say it’s kind of a bad news/good news situation. When you start talking about a global economic recession, it kind of sets the mood. But the most potent optimism, for an American is the automated driving…. It seems like some of the last low-hanging fruit. [Compared to that] messaging, video delivery are kind of marginal.