"Trump created this scandal," Col. David Hunt said, "he made it into an 'attack on me' thing" 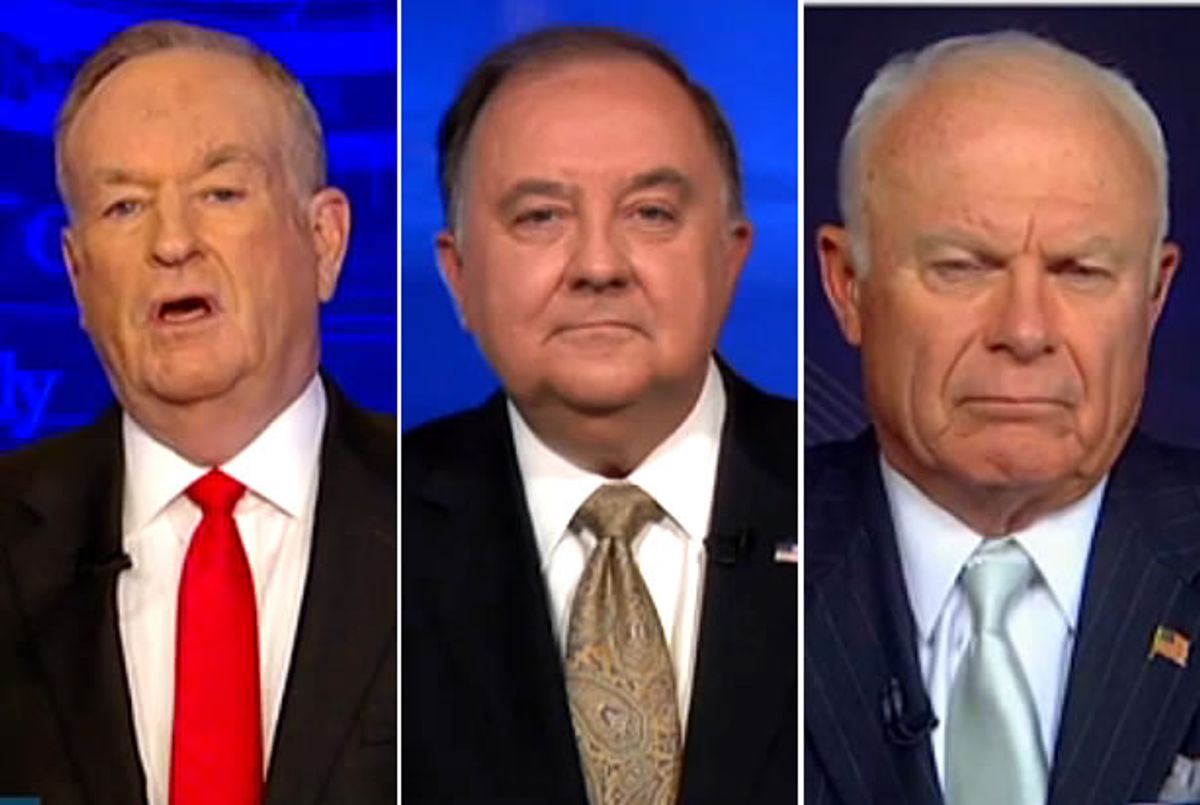 Trump stand-in Bill O'Reilly defended his candidate's troubled record of donating to veterans' groups on The O'Reilly Factor Tuesday night, claiming that it is the media that is creating the perception that Trump is exaggerating the amount of money he's donated to veterans.

Trump had held a press conference earlier to boast about the money he only donated after a Washington Post article was published about the fact that he hadn't, during which he shamed "the liberal media," who to his mind should have been saying "Thank you very much, Mr. Trump [and] Trump did a good job."

O'Reilly followed that clip by asking Capt. Chuck Nash whether he was "satisfied with [Trump's] explanation." Nash said he was, "and if the press has any more questions, they can go to the individual organizations because he spelled out their names and dollar amounts."

He then asked Col. David Hunt "why this became a controversy," to which Hunt responded that it was "because Trump created it. I'm very grateful that Trump raised the money, announced it in January, but he made it into an 'attack on me' thing. He buried the lede on this."

"Part of the problem is how it was announced," Hunt continued, "and by the way -- the way to do this is the way you give money, you do it quietly and go on your way."

(There was, in fact, quite a bit of data in The Washington Post article that spurred Trump to hurry his "vetting" process and finally deliver the donations, but that's neither here nor there as far as O'Reilly's concerned.)

Hunt replied that they did this because Trump's "the one who brought this up [by] skipping the Fox debate and saying, 'I'm going to make $6 million.' He didn't do it quietly, he wanted it to be public -- he wanted to use it politically, so the press kept pushing."

"I think the press kept pushing [was] insinuation rather than just an objective search," O'Reilly replied.

"He buried the lede!" Hunt said.

"I don't think so. I think the lede was that the press insinuated something that wasn't true, and today Trump corrected them."

"No," an exasperated Hunrt replied.