WATCH: Donald Trump whines to Sean Hannity about the "bad publicity" his lying about veteran donations is producing 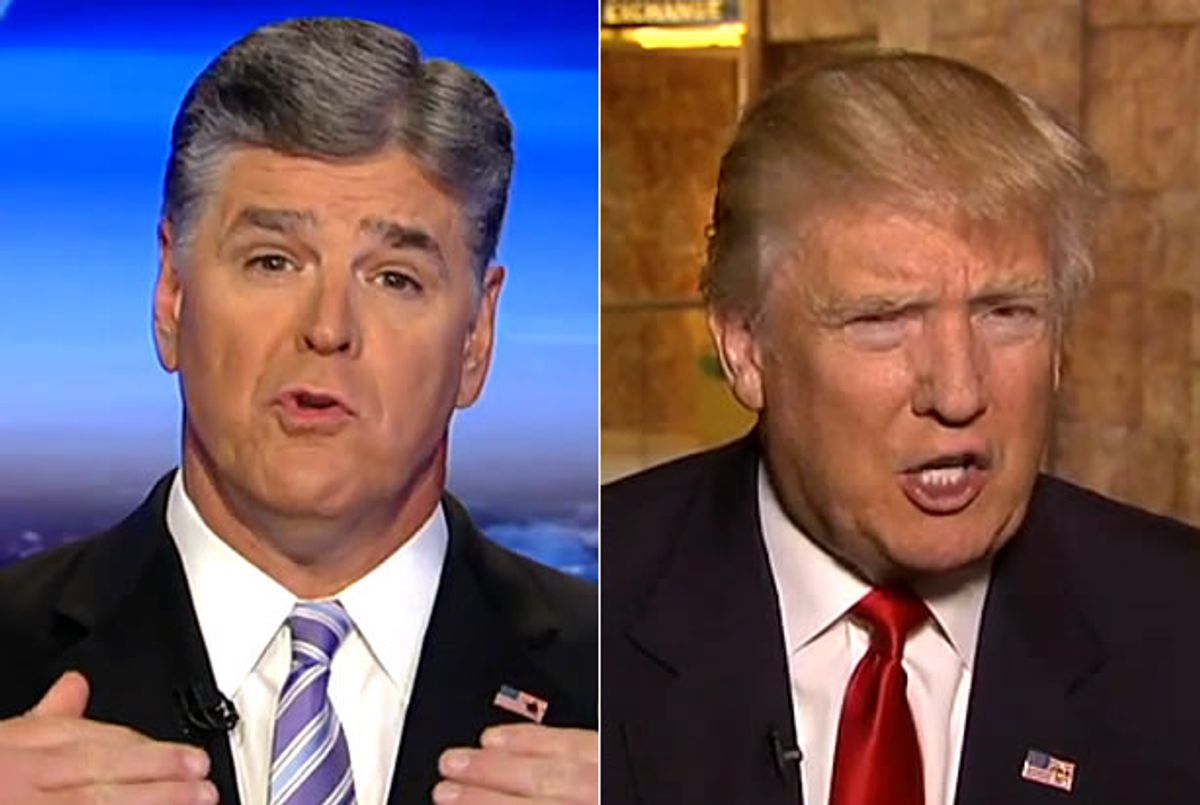 Trump admitted that it was partly his fault, since he flat-out said when he skipped the Fox debate in January that he would donate the money collected at his rally to veterans groups -- which he finally did, last week, after The Washington Post published an investigation into why he hadn't already done so.

Despite being what actually happened, that's not how Hannity or Trump envision what occurred. Hannity played a clip in which Trump claimed that "I didn't want the credit for raising all this money for the vets, I wasn't looking for the credit" -- which is as bald-faced as lies get, given that he just admitted that he told everyone at and watching his rally that he was "raising money for the vets."

"So I raised $5.6 million and I have bad publicity," he added, striking a self-interested note that would quickly become a refrain. "Can you believe it? Instead of being thanked, or being treated nicely by the press, I get bad publicity."

Hannity leapt to Trump's defense, noting that it took him time to disperse these funds because he was "vetting them, which by the way, is the responsible thing to do." Which, while true, isn't what Trump's campaign actually did, as the donation to the "F"-rated Foundation for American Veterans indicates.

Trump agreed, but it was clear what really bothered him. "The publicity I got," he said, "honestly, Sean, it makes people in my position say, 'If we're going to raise money for these great, great groups and get criticized, it's easier not to do it.'"