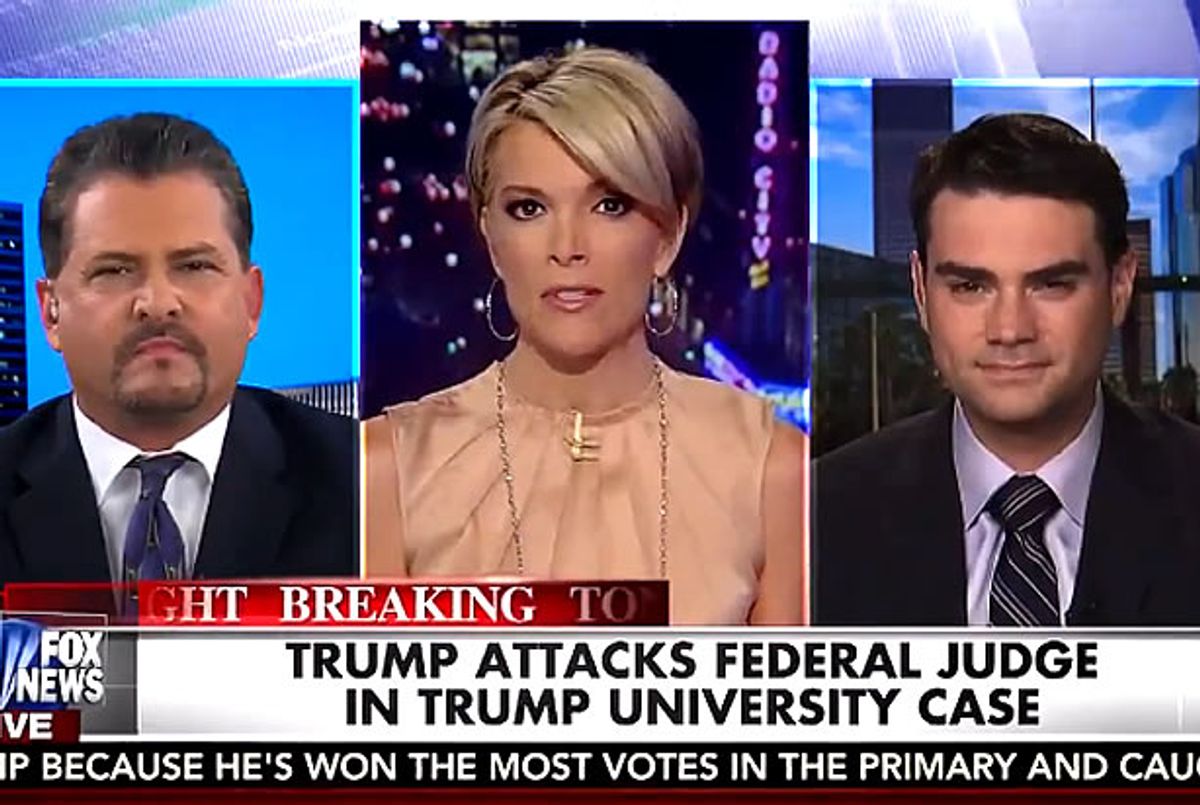 On the Tuesday edition of The Kelly File, Donald Trump supporter David Wohl defended his candidate's decision to attempt to smear the judge in the Trump University case by specifically mentioning his ethnicity.

Trump complained that Judge Gonzalo Curiel is "Mexican," and Wohl told Megyn Kelly and another another guest, former Breitbart editor Ben Shapiro, that it was merely a "non sequitur."

Kelly insisted otherwise, saying Judge Curiel is "an American," and that it's "wrong" to suggest anything to the contrary. She also wondered, given that Trump has referred to the Judge as a "Mexican" previously, "why he keeps mentioning it over and over when he rips this judge?"

Shapiro noted that the judge was "born in Indiana, but this is what Donald Trump does -- he goes after people he imagines victimized him."

He added that to "go after him for ethnicity when it has no bearing on the case demonstrates again that for Trump -- who has plenty of grounds to go after this judge, like he's an Obama appointee [and] has relations with groups Trump finds unpleasant -- it demonstrates again that, for Trump, there's some relation between the ethnicity of a person and the ideology he must hold."

Kelly agreed, saying that "to go after this judge as a quote 'Mexican' and 'hater' takes it to another level," one on which Trump is patently "going after the guy's ethnicity."

Wohl asked how this was different from Obama "excoriating the Supreme Court during the State of the Union," which Kelly and Shapiro both noted was "highly inappropriate."