What's a Brexit? Who's Peter Thiel again? Trump's cluelessness of current events and other revelations from his Hollywood Reporter interview 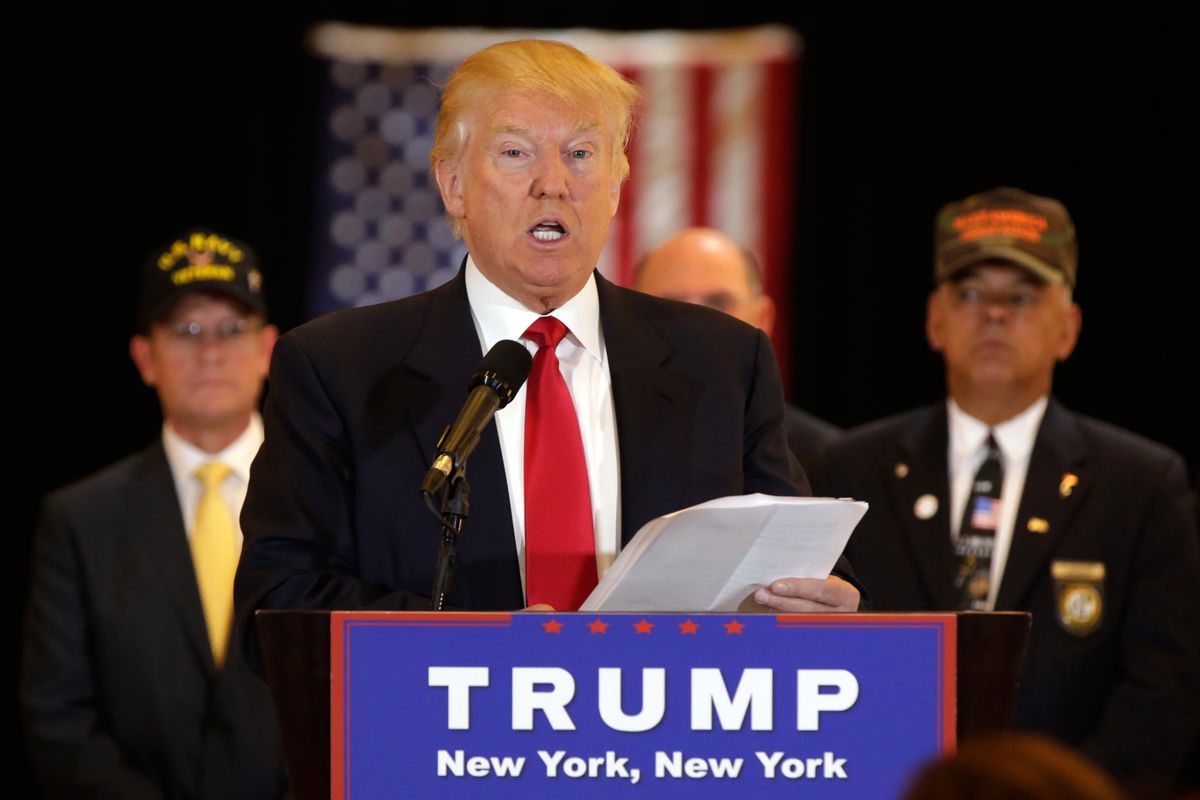 Donald Trump is well-known as a voracious reader (and self-styled critic) of press coverage of himself, but a new profile of Trump in The Hollywood Reporter shows that the presumptive GOP presidential nominee doesn't seem to be reading much news without "Trump" in the headline.

The Brexit — the United Kingdom's potential withdrawal from the European Union — is one of the biggest international stories of the year, but the topic didn't seem to register with Trump when THR's Michael Wolff brought it up:

"And Brexit? Your position?" I ask.

"The Brits leaving the EU," I prompt, realizing that his lack of familiarity with one of the most pressing issues in Europe is for him no concern nor liability at all.

"Oh yeah, I think they should leave."

Trump didn't know what the Brexit was, but of course had a firm position on the matter.

If international politics are beyond the scope of Trump's news comprehension, the legal battle between Gawker and Hulk Hogan would seem to be right in his wheelhouse. A lawsuit featuring a New York-based gossip blog and a pro wrestler-turned-reality TV star hits on all of Trump's sweet spots, and what's more, news broke last week that Silicon Valley billionaire Peter Thiel, who will serve as a Trump delegate at the Republican National Convention in July, was financing Hogan's legal expenses. But somehow Trump didn't even know who Thiel was, much less why his high-profile backer had been in the news lately. Wolff writes:

Trump needs reminding who [Thiel] is, and then concludes he must be a friend of his son-in-law Jared. ("Wow, I love him! So he funded it for Hulk Hogan? You think Hulk Hogan would have enough money, but he probably doesn't.")

As for books, Trump claims to be reading Edward Klein's anti-Clinton book "Unlikeable: The Problem with Hillary," and unconvincingly mentioned a few other volumes supposedly on his nightstand.

"I'm reading the book on Richard Nixon that was, well, I'll get you the exact information on it," Trump said. "I'm reading a book that I've read before, it's one of my favorite books, 'All Quiet on the Western Front,' which is one of the greatest books of all time."

Wolff suggests that "All Quiet on the Western Front" was probably an old book Trump suddenly remembered from his high school reading list, which sounds about right.