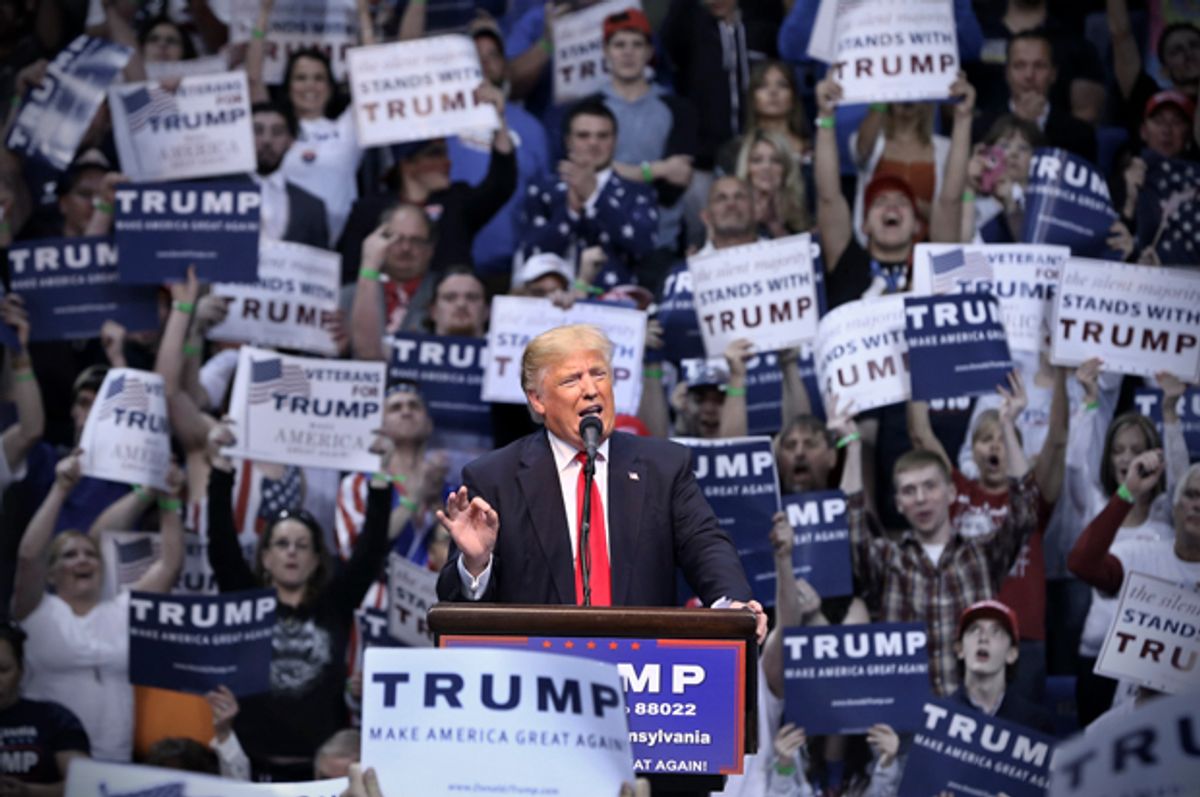 Donald Trump was born 70 years ago this month, at the very beginning of the baby boom. At that time, America was, in every sense, an unambiguously white country.

First, in demographic terms, nearly 90 percent of the population was categorized as white. Groups that in the not-too-distant past had been considered only partially or imperfectly or not really white – such as Irish and German Catholics, Italians, and Jews – had by now been largely granted white status, as part of a melting pot ideology which claimed to transform a multi-ethnic population into a society in which race and ethnicity were subsumed into a single American identity. (That this ideology could flourish in a culture that still featured massive legal discrimination against African Americans indicates the extent to which white America managed to avoid even thinking about the existence of black people.)

Second, the political, economic, and cultural dominance of white America was so taken for granted by white Americans that it was, as a social matter, invisible to them.  At that time, whiteness in America was what sociologists call an “unmarked category.” For example, if a white person had been shown a photograph of the Senate, it’s practically certain that he or she would simply not have noticed that it was made up exclusively of white people. (Nor would the observer have noticed that all these people happened to be men, but that’s a different topic.)

In other words, “white” and “American” were essentially synonyms. Hispanics made up less than two percent of the population, and they outnumbered Asian-Americans ten to one. Basically everyone in America was either white or black, and while in theory black people were full citizens too, in practice they weren’t, most obviously in the Jim Crow south, but in reality in the rest of the country as well.

That country no longer exists: or rather it only continues to exist in the increasingly panicked imaginations of the sorts of white people who have – it still seems incredible when one puts it into words – made Donald Trump the Republican party’s presidential candidate.

Today, barely three out of five Americans are non-Hispanic whites. In another two or three decades, “white” people, as traditionally defined, will make up less than half the population. White America is in the process of disappearing, and it’s no surprise that tens of millions of people who thought of this as their country are frightened by the thought that it isn’t any more.

All this helps explain incidents such as Trump’s claim this week that a federal judge who has ruled against him in a lawsuit is a “Mexican,” even though the judge was born in Indiana. Clueless journalists treated this as yet another example of Trump’s apparently bottomless ignorance, when in fact it’s obviously a strategic choice on his part.

To Trump’s supporters, a person of Mexican ancestry is Mexican, rather than American, because Americans are white, and “Mexicans” aren’t. To the overt racists who make up Trump’s – and to a significant extent, the contemporary Republican party’s – electoral base, non-whites are at best Americans by courtesy or sufferance, because America has always been a white country.

A few years ago, Trump discovered that there was an enormous untapped market, as he would think of it, for overt racism in mainstream American politics. This is why he laid the groundwork for his presidential run by constantly repeating paranoid nonsense about Barack Obama not really being an American. He was, as they say in the business schools, establishing his “brand.”

Saying so isn’t considered polite, because that would imply that, as long as it’s the party of Trump, and, more important, Trumpism, being a Republican is no longer a respectable thing to be. It isn’t.