Clinton rips Trump during "major" foreign policy address: He will lead "us into war just because someone got under his very thin skin"

During a foreign policy speech in San Diego, Clinton said Trump "cannot do the job" 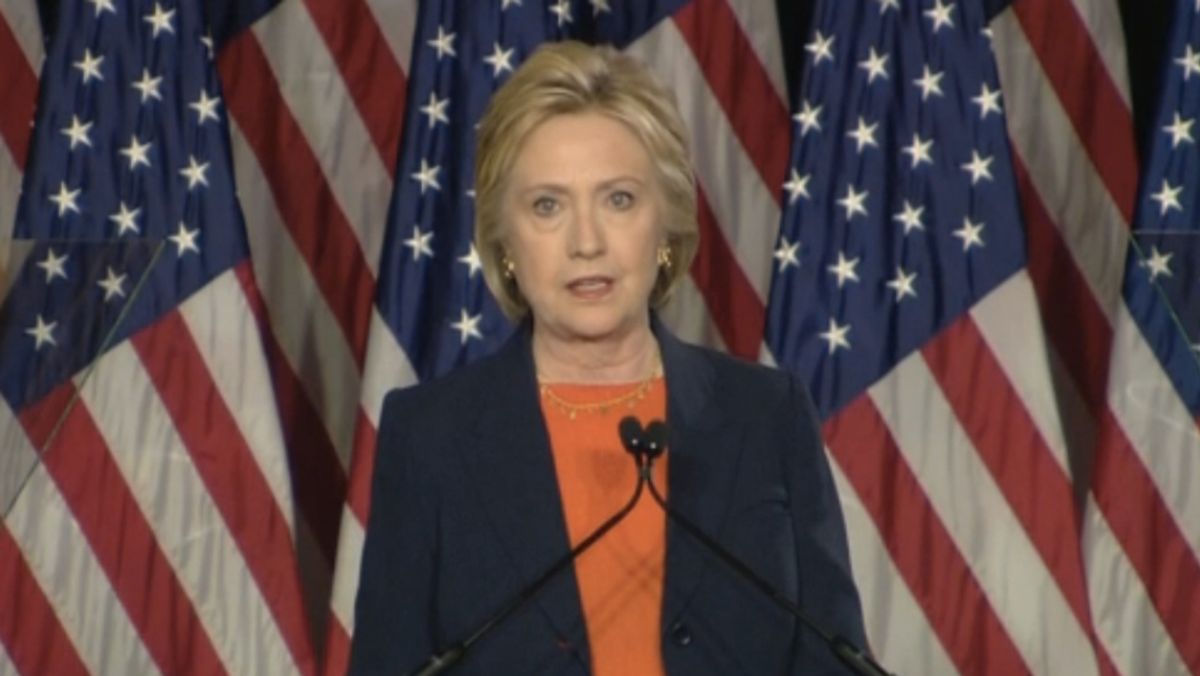 Speaking  in San Diego, California on Thursday, Clinton painted the businessman-turned-reality TV star as "temperamentally unfit" for the job of commander-in-chief, calling his campaign nothing but "a series of bizarre rants, personal feuds and outright lies."

We cannot let Trump "roll the dice with America," Clinton argued, adding that the nation can't afford to just "believe" the businessman.

Clinton slammed Trump's vision of a "fearful America," continuing the assault on Trump's lack of foreign policy qualifications that she began at a Wednesday campaign stop.

"I have to tell you, I think that Donald Trump has disqualified himself completely," Clinton said in New Jersey. "He has attacked our closest ally, said we should pull out of NATO, he has praised the dictator of North Korea, he has advocated more countries get nuclear weapons ... he has advocated a return to torture and he has said he wants to ban all Muslims from entering the United States."
She added: "This is not just divisive rhetoric, my friends. This is dangerous. It is dangerous. It will make us more vulnerable."

At a rally Wednesday night in Sacramento, Trump claimed he had actually been sent a copy of Clinton's "major" speech by her campaign and said "it was such lies about my foreign policy."

"Crooked Hillary Clinton has zero natural talent - she should not be president. Her temperament is bad and her decision making ability-zilch!" Trump said.

"It's important that people understand this is not just about Republican versus Democrat, that Trump is unlike any presidential candidate we have seen and he is fundamentally unfit to be our commander in chief," Clinton aide Jake Sullivan said in a Reuters interview before Thursday's speech. This, as the newspaper reported that eight senior national security officials revealed that they had concerns over briefing Trump, citing his "shoot from the hip" style as a national security risk.

In a NBC News/Wall Street Journal poll released on Wednesday, Clinton led Trump by a whopping 30 percentage points on the question of which candidate would be better at handling foreign policy: Clinton is set to spend the next five days campaigning in California, where recent polls have shown the race against Democratic rival Bernie Sanders still continuing to tighten, ahead of the June 7 primary.

For his part, Trump is, of course, live-tweeting Clinton's speech: