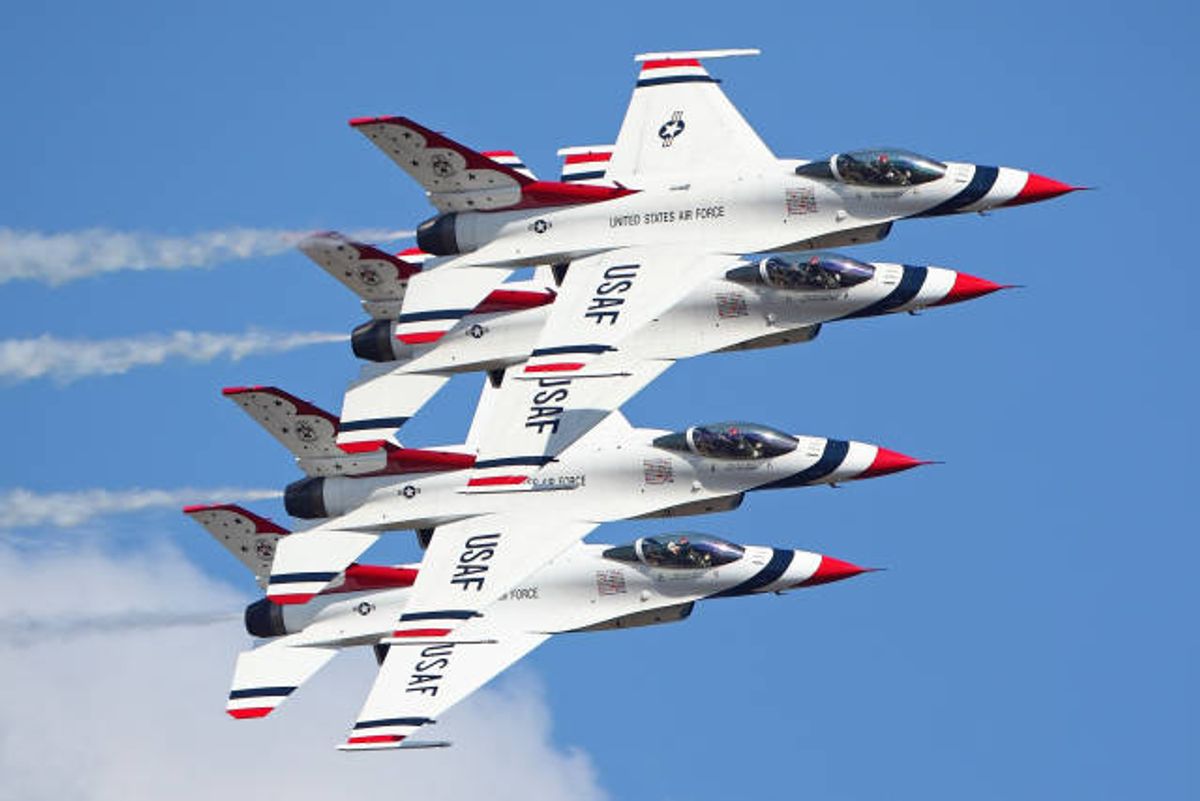 An F-16 fighter of the Air Force Thunderbirds flying team went down in a grassy area in southern Colorado Springs Thursday afternoon after a flyover performance for the Air Force Academy's graduation.

The plane went down in near Fontaine Boulevard, about five miles south of the Colorado Springs Airport, according to local reports. The pilot of jet No. 6 safely ejected about 1:15 p.m. and is reportedly uninjured, according to the Air Force Academy.

No injuries on the ground were reported. The jet had just performed a flyover during the graduation ceremony at the Air Force Academy where President Barack Obama delivered his last commencement speech to a branch of the armed services. The president was reportedly still at the graduation site at the time of the crash taking photos with attendees.

Federal Aviation Administration spokesman Allen Kennitzer told The Denver Post they were informed of the crash. According to The Gazette, the Air Force Academy said the cause of the crash was possibly engine failure:

According to the Thunderbirds website, plane No. 6 is flown by Maj. Alex Turner, whose hometown is Chelmsford, Mass. Turner has logged more than 1,200 flight hours as an Air Force pilot, with more than 270 combat hours of Libya and Iraq, according to the flying team's website. Before joining the Thunderbirds, Turner served as an F-16 instructor pilot at Hill Air Force Base, Utah.

The official cause is still being investigated. The Thunderbirds, who have flown over the academy's graduation for generations without incident, last suffered a crash in 2005 during the Chicago Air & Water Show, according to The Gazette.