How Saul Williams found courage: "Prince and Bowie liberated me as an artist to be queer"

The artist talks to Salon about sexual fluidity, his album and upcoming graphic novel—watch his new video here 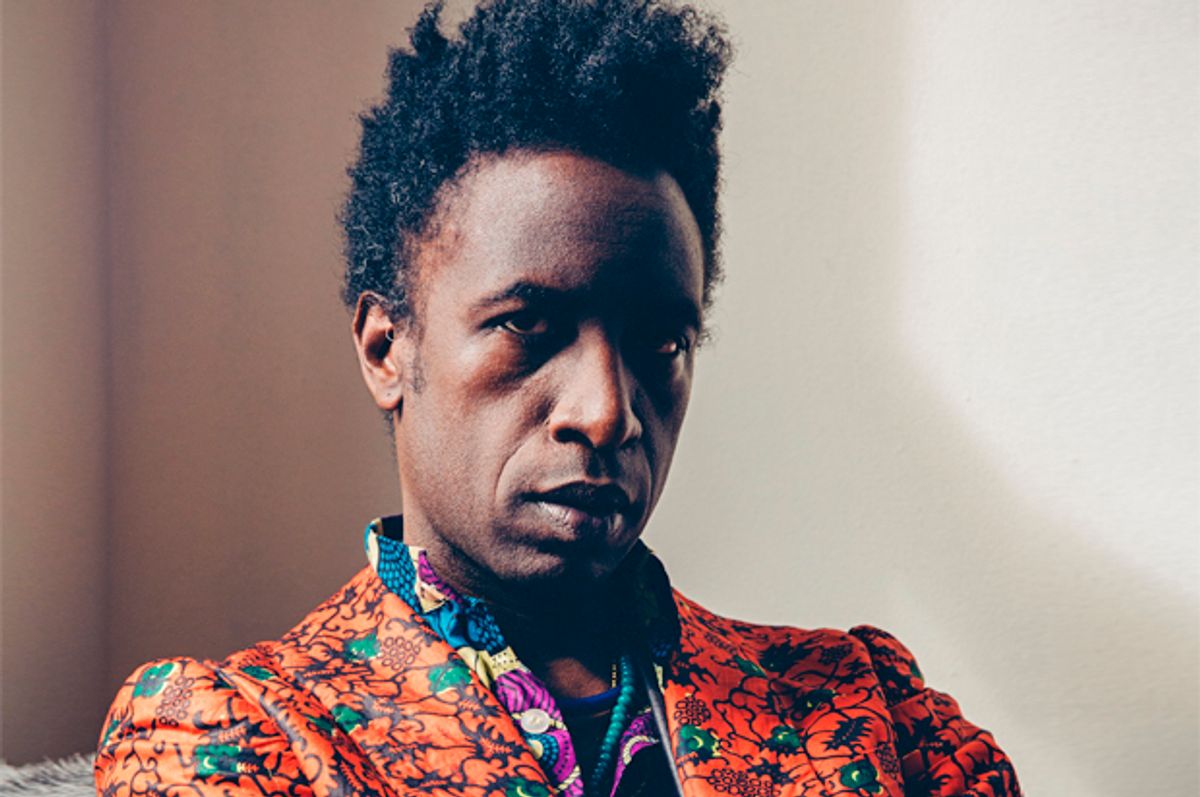 Saul Williams is a rapper, spoken-word poet, actor and activist. A song from this year’s album, “MartyrLoserKing,” digs into complex issues of sexuality: “Think Like They Book Say” looks at the meeting of two characters, one dressed in “Purple satin bra and tights,” the other in “red and purple light.” As the song goes on, the ambiguity of the whole thing becomes clearer. The female character “was once a he.”

Williams – who is dropping this new video for the song just before a tour of Europe -- spoke to Salon from Los Angeles; the interview has been lightly edited for clarity.

The key issue of the song seems to be fluidity of sexuality, how complex it can be… When did you get interested in that?

It’s been pretty much on my radar from the time I started writing… Before that really.

I have this book called “Said the Shotgun to the Head,” all about imagining the idea of the messiah as a woman – and what that does to society if we deconstruct all of the patriarchal myths. And where that would lead us and leave us, beyond our constant stepping into warfare violence and all of that… Would it lead us somewhere different?

It’s something that has made a lot of sense to me since I was a kid… I told my parents I wanted to be an actor when I was eight. My parents were old-school and my dad was like, “You can’t be an actor unless you tap.” The old-school Broadway approach. So I took my first tap class, and I came home and said, “I hate it, and I’m the only guy in the class. I feel like a faggot.” My little eight-year-old, I-learned-this-word-in-school self.

And my dad was like, “Look, you need to reassess what you’re telling me you love in life and what you want to do – acting, performing. You need to make peace with life and gender and all of this stuff now.”

Yeah, it’s the most beautiful thing that ever happened with my dad, who’s dead now. And who never came out, but my mom and dad split because my dad was gay. Which was too much for my dad to bear, as he was a Christian pastor at a church.

Tough road to walk, I bet.

Yeah – he never had the courage to be forthright. But it was his reality. And it was certainly the thing that made it clear to me that I had to look at all these things openly. Even though he never came out.

The more I look back at that, and the way my dad responded, there was an openness… From that moment I didn’t necessarily have the language, but I was identifying as queer, and as open.

And what inspired the song, “Think Like They Book Say?”

When I first started conceptualizing “MartyrLoserKing,” my whole concept – having a hacker who lived in Burundi, who hacks as performance art – I wanted to take everything that’s going on, all the stuff that’s in the news… And what was in the news at the time was all the whistle-blowing, Snowden, and Chelsea Manning, the Arab Spring… And also I was getting all this news from Uganda – these anti-gay laws.

Did the rising visibility of transgender people in the U.S. inspire the song at all, or was it mostly international news?

I was living in Paris when I wrote this song, so it was really international. But I was paying attention to what was going on in the States at the time – people were talking about “Orange is the New Black,” Chelsea Manning coming out… But simultaneously there was stuff going on in Uganda, which I thought was crazy, because it was connected to American evangelists who had traveled there as a friend of the government, and said, “We’ll give you money if you enact these laws.”

And so I started conceptualizing this character in “MartyrLoserKing” named Neptune Frost. And Neptune Frost is intersex, Ugandan… Born intersex, identifies as female, but her family decides to raise her as a male. For this hacker, who was discovering his ability to code and all this stuff, is meeting this person who refers to herself as a modem… And his relationship to her is like he relationship to the motherboard…. This is all from the “MartyrLoserKing” graphic novel that will be out next year.

The conventional way to do the video would have been to have images of two people in a dance club. But the visuals here are all abstract, which make us imagine them and the setting. What was your thinking here?

Because I’d been working in this graphic novel, I could have used the images from the comic. I’m trying to save some of that for later. And I think it’s wonderful the way people paint the picture in their heads, as opposed to painting it for them. I think the lyrics are visual enough for the moment. I’m referring to this as a lyric video.

I did have a video concept in mind that had me spending a lot of time with vogue dancers in Baltimore.

One musician who had a real impact in bringing unconventional sexuality into the mainstream was Prince. What kind of influence did he have on your words, your music, your thinking?

Huge. Huge. Both Prince and Bowie liberated me as an artist to be queer – they are extremely responsible for me having to courage to realize that I could be as weird, as queer, as I want to in my approach to art, in my music… That if you do it right, even a frat boy will find themselves in love with what you’re doing. Those guys were like Sufis in their ability to walk that fine line. In Prince’s case, football stadiums – they’re still fuckin’ loving him.