Which means that for Huckabee, Trump is the James Bond of fraud? Is that really what he meant to say? 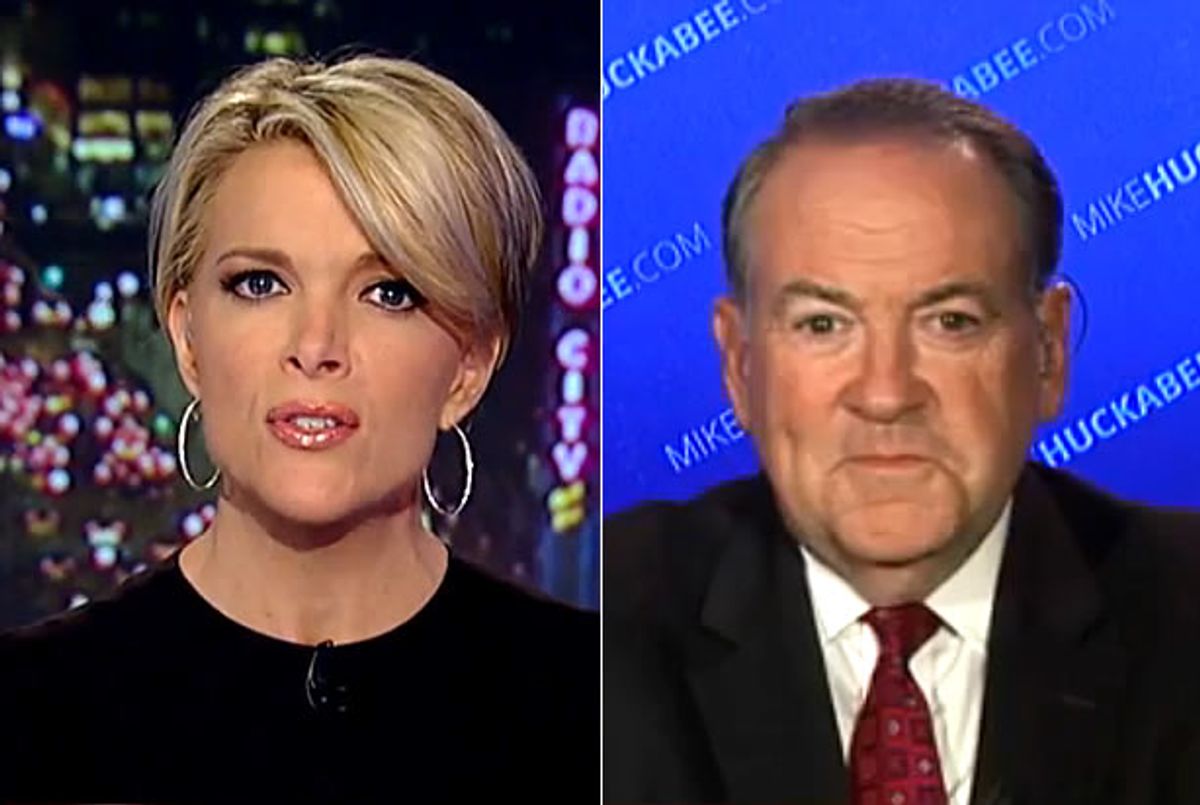 On The Kelly File Wednesday night, former Arkansas Governor and perpetual Republican presidential also-ran Mike Huckabee rushed to the defense of GOP front-runner Donald Trump after a document dump about his fraudulent vanity university revealed that the candidate could be personally liable for the crimes committed in his name. (And by his person, for that matter.)

The document dump revealed that contrary to the videos shown to prospective students, Donald Trump did not "hand-pick" the instructors -- he never even met them, and they weren't even experts, as many were drawn from retail and fast food. Also contained in the documents were a playbook that taught Trump U's sales people how to target the $35,000 courses to people in financial distress -- including instructions on how to max out their credit cards while acquiring new ones.

Trump's spokeswoman Hope Hix said that many of the documents prove that, as Trump has claimed, 98 percent of his customers were satisfied with the courses -- but Megyn Kelly wasn't buying it. She asked another Trump supporter, Huckabee, how 98 percent could be satisfied when 32 percent of those enrolled demanded and received refunds.

Huckabee replied that if you demand and receive refunds, that qualifies as "satisfied," then attacked Democratic front-runner Hillary Clinton for criticizing Trump on the subject of fraud in a way that didn't exactly flatter his preferred candidate.

"What amazes me," he said, "is that today Hillary Clinton is going out there and trying to lecture Donald Trump about fraud. This is like Pee-wee Herman trying to lecture James Bond on the art of masculinity. Hillary is the queen of fraud, and it has absolutely nothing to do with whether or not Donald Trump would be a great president. This is going to play out in court."

Watch the entire bizarre encounter below via Fox News.