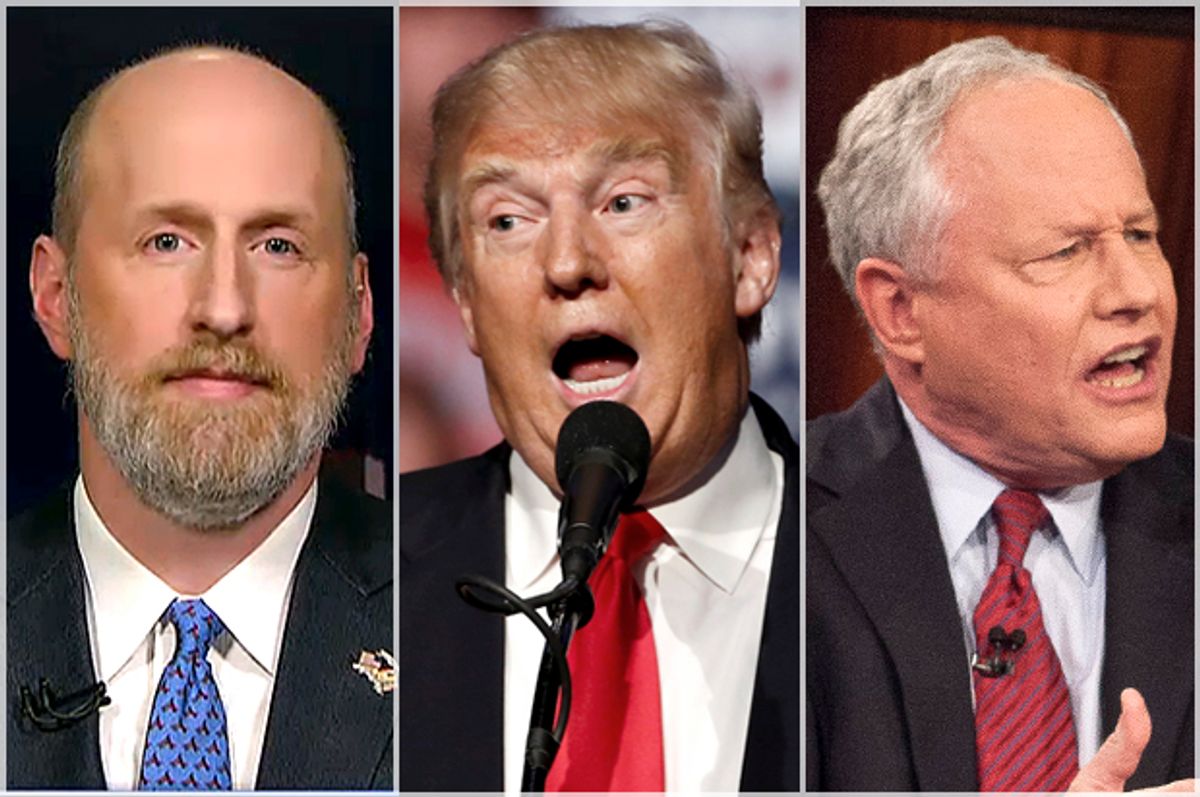 We must now bid a final adieu to the ad-hoc collective of conservative pundits and Twitter users known as the #NeverTrump movement. I hesitate to say that the movement has “died,” as that would unfairly imply that once enjoyed life, but we can no longer pretend that the #NeverTrump campaign carries any real hope of success. And it was Bill Kristol who delivered the final blow.

For weeks, Kristol had been spearheading the disorganized effort to recruit a third-party “independent conservative” candidate who would give disaffected conservatives and Republicans someone to vote for who wasn’t Donald Trump or Hillary Clinton. But despite his best efforts, no politician of any prominence said yes to Kristol’s entreaties, probably because they all recognized that he was asking them to run a doomed campaign that risked inflicting irreparable harm to their long-term political interests. But, over the Memorial Day holiday weekend, Kristol teased that he’d found his independent candidate, “an impressive one, with a strong team and a real chance.”

After dropping that hint, Kristol made the big reveal on Mark Halperin’s and John Heilemann’s bad politics show: the “impressive” candidate he had in mind after weeks and weeks of searching was… a writer for National Review named David French.

Let’s just go ahead and state the obvious: David French – who has not yet decided whether he’ll run – will not win the presidency and has no “real chance” of doing so. He’s never run for office and he has zero national profile. He’s an obscure pundit who writes for a magazine that has a niche audience – not exactly the type of person who would pose a credible challenge to a celebrity businessman and the most widely recognized woman in American politics. But French is Kristol’s pony, the best potential candidate he could find to carry the #NeverTrump standard. That alone should tell you just how much support and enthusiasm there is out there for the movement.

I’m not going to get into French’s political views because, again, he’s not an actual candidate. The better way to judge the viability of a potential French run, or a run by any independent candidate, is to focus on a single date: June 9. That’s the day that a candidate who is not running on an established party’s ticket has to submit nearly 90,000 signatures to qualify for the general election ballot in North Carolina. For those of you who don’t have a calendar handy, that’s precisely one week from today, which means the French campaign would have has to pull in close to 13,000 signatures daily to make the cut – a difficult task made all the more challenging by the fact that the French campaign does not exist.

Here’s another date to consider: May 9. That was the deadline for submitting the 80,000 signatures required to get on the ballot in Texas. Any right-leaning campaign that heads into a general election with their candidate off the ballot in Texas and North Carolina has sacrificed 53 electoral votes, roughly 20 percent of the total needed to win the White House. Sure, it’s possible that they could sue to overturn the ballot-access requirements, but that sort of legal wrangling also requires time and money. Where will those funds come from? That’s anyone’s guess.

This whole charade isn't about opposing Trump, and it hasn't been for some time. It's about Bill Kristol. He spent months hyping his #NeverTrump efforts and posturing as one of the few people still willing to stand on principle. Even as every other candidate turned him down, Kristol was busily writing masturbatory prose about his own heroic efforts. “Let the ruling parties tremble at a popular revolution,” he wrote in the Weekly Standard. “We have nothing to lose but our partisan chains. We have a nation to win.” After all that, he couldn't fail produce a candidate. So he found a warm body who wasn't entirely opposed to the idea of a doomed-to-fail presidential campaign and went on a little-watched show for DC insiders to unveil David French as the meager fruit of his righteous labors. Congrats, Bill, another Mission Accomplished.

It’s actually a shame that the #NeverTrump movement was so weak that a charlatan like Kristol was able to so easily hijack it. The movement’s ostensible cause – the prevention of Donald Trump capturing the presidency – was and is unimpeachably strong. As a moral crusade and a matter of civic health, #NeverTrump was on the right side of the argument. But they were never truly committed to the principle and were persistently undermined by opportunistic figureheads who embraced the cause only as a way to further their own interests.