"Is it much more of a scam than Princeton?" Carlson asked. "That's open to debate" 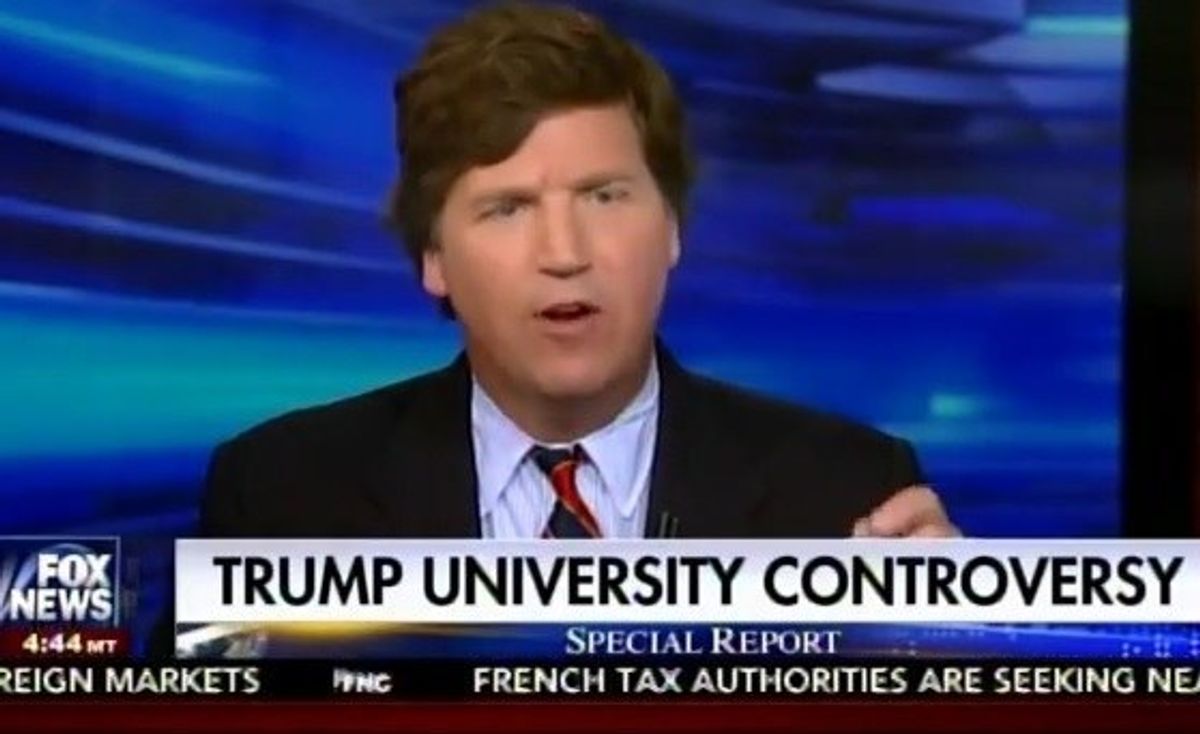 "I don’t think there’s a single person that says, 'Trump U, I hope my son graduates from Trump U,'" the "Daily Caller" editor admitted on the Thursday edition of Fox News' "Special Report."

"But, is it much more of a scam than say, Princeton?" he asked host Bret Baier. "I don’t know. That’s open to debate."

The latest allegations that Trump may have been involved in a direct quid-pro-quo to get the attorneys general of at least two states to drop investigations into his shady business seminar scheme  -- in one case, reportedly dropping a $5.4 million settlement against Trump -- are little more than just white noise to voters "supporting [Trump] anyway for reasons that have nothing to do with the details of his biography," Carlson argued:

Carlson brought his provocative question to the network's "Outnumbered" the next day during one of the series' near-daily segments bemoaning political correctness run amok on liberal arts college campuses.

"How much of a scam is Yale than Trump University," Carlson asked on Friday, to a round of audible gasps from his co-hosts.

"Listen. I totally agree," co-host Deegan McDowell told Carlson, claiming that parents are spending nearly a quarter million dollars for Yale to turn their child into "an ignorant bigot."

"This is the classic liberal ... breeding intolerance in the name of intolerance," she said.