Hillary Clinton has figured out how to effectively attack Trump: Make him look incompetent, weak and dangerous 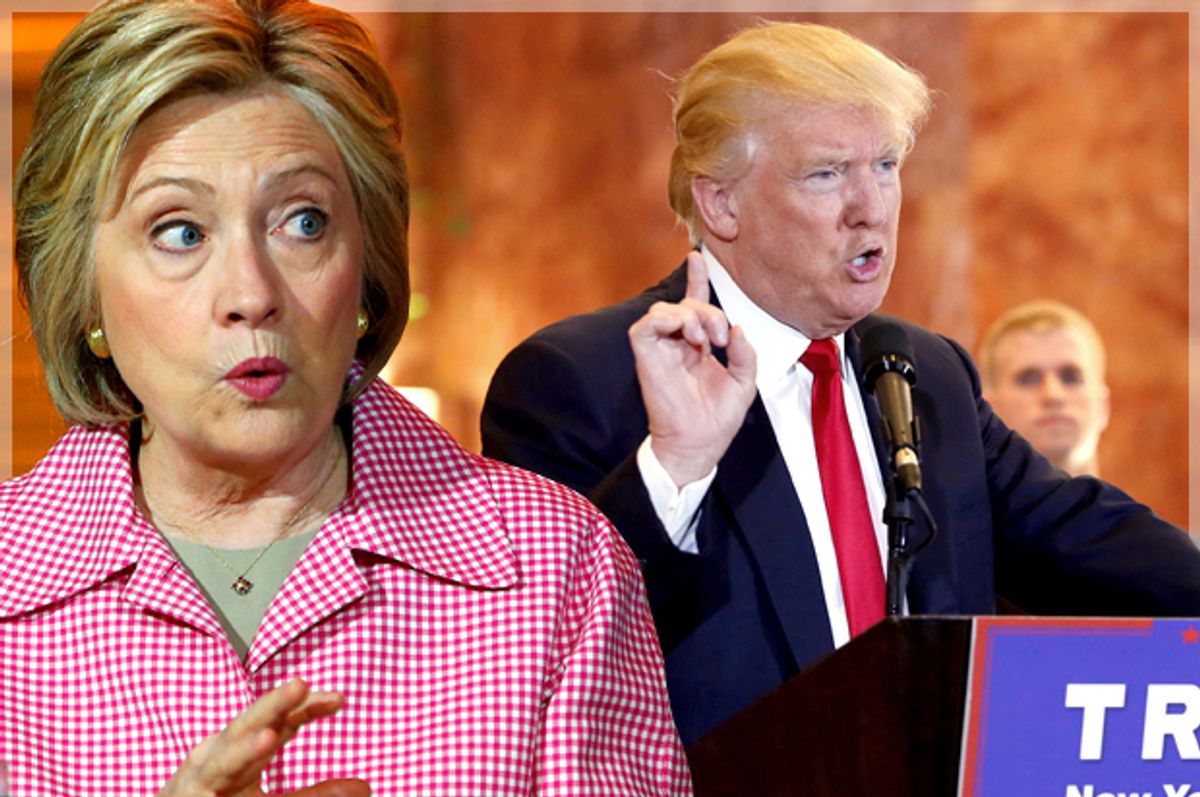 Once it became clear that the 2016 general election matchup would be between Donald Trump and Hillary Clinton, one of the big unanswered questions was how the Democrats and the Clinton campaign would approach their politically exotic adversary. And it was looking a little dodgy there for a bit. Early reports indicated that the Clinton campaign was going to attack Trump as a heartless businessman whose ruthless tactics had screwed over normal people – an attack that worked perfectly well against Mitt Romney but risked feeding into Trump’s self-styled image as a cutthroat hard-ass. Then came the nicknames: “Dangerous Donald,” “loose cannon,” “risky,” etc. It seemed like Hillary and the DNC were determined to attack Trump in ways that also helped validate his shtick about being an outsider who will go to Washington and break things.

But it looks like Hillary and her team have figured out how to effectively hit Trump. Clinton gave what was billed as a major foreign policy speech yesterday, but the real purpose of it was to get Hillary in front of the cameras so she could mock the hell out of her opponent for 40 minutes. She was pretty merciless in her treatment of Trump, and it made for some of the best politicking we’ve seen from Clinton this entire race.

What made it so effective is that Hillary pegged Trump as petty, ignorant, and weak. She called Trump’s foreign policy ideas “dangerously incoherent” and “a series of bizarre rants, personal feuds, and outright lies.” She poked fun at his obvious lack of basic knowledge about foreign affairs. “He says he has foreign policy experience because he ran the Miss Universe pageant in Russia,” Clinton said, letting the absurdity of that real Trump statement do her work for her. “Donald Trump doesn’t know the first thing about Iran or its nuclear program,” she said. “Ask him. It’ll become very clear very quickly.”

And she called Trump “dangerous,” but more importantly she explained why Trump is dangerous. “This is not someone who should ever have the nuclear codes,” Hillary said, “because it’s not hard to imagine Donald Trump leading us into a war because someone got under his very thin skin.” This is the right way to frame the argument. Trump embraces the “dangerous” designation to a certain degree because he wants people to see him as someone who will shake the existing order. We saw this last week after President Obama said that world leaders were “rattled” by Trump’s nomination. “When you rattle someone, that's good,” Trump said in response. “If they're rattled in a friendly way, that's a good thing.”

What Clinton did was point out that the danger Trump poses is rooted in his own pettiness and instability. “I will leave it to the psychiatrists to explain his affection for tyrants,” she said at one point, making a fairly pointed suggestion about his mental competence. She treated her rival with thinly veiled contempt and spent the majority of the speech portraying him as incompetent and, more importantly, weak and impotent. “We all know the tools Donald Trump brings to the table: bragging, mocking, composing nasty tweets. I’m willing to be he’s writing a few right now.” That’s the kind of stuff that drives Trump nuts, and the more time Clinton spends needling him as a buffoonish cartoon character, the better.

Where Clinton’s speech was less impressive was in its treatment of the specifics of foreign policy. Most of what she had to say in terms of policy goals dealt with terrorism generally (“the threat is real and urgent,” she said, referring to the San Bernardino shootings) and the Islamic State specifically. She called for stepped up airstrikes on ISIS targets and increased support for “Arab and Kurdish forces on the ground” alongside diplomatic efforts to end the Syrian civil war and ameliorate the sectarian rifts hobbling the Iraqi government (she didn’t say anything about a no-fly zone over Syria, which she has supported previously). There was no mention of the atrocious humanitarian crisis caused by the ongoing U.S.-backed war in Yemen, nor did she say anything about the chaos in Libya, which arose as a result of the U.S.-led intervention that she herself championed as secretary of state. It’s well and good to make the case that Trump has no business commanding the U.S. military, but she’s still going to have to make an affirmative case for why she should be entrusted with the job.