The end of Hollywood: “Alice Through the Looking Glass” is yet another big-budget flop — and that could mean a disastrous year for studios 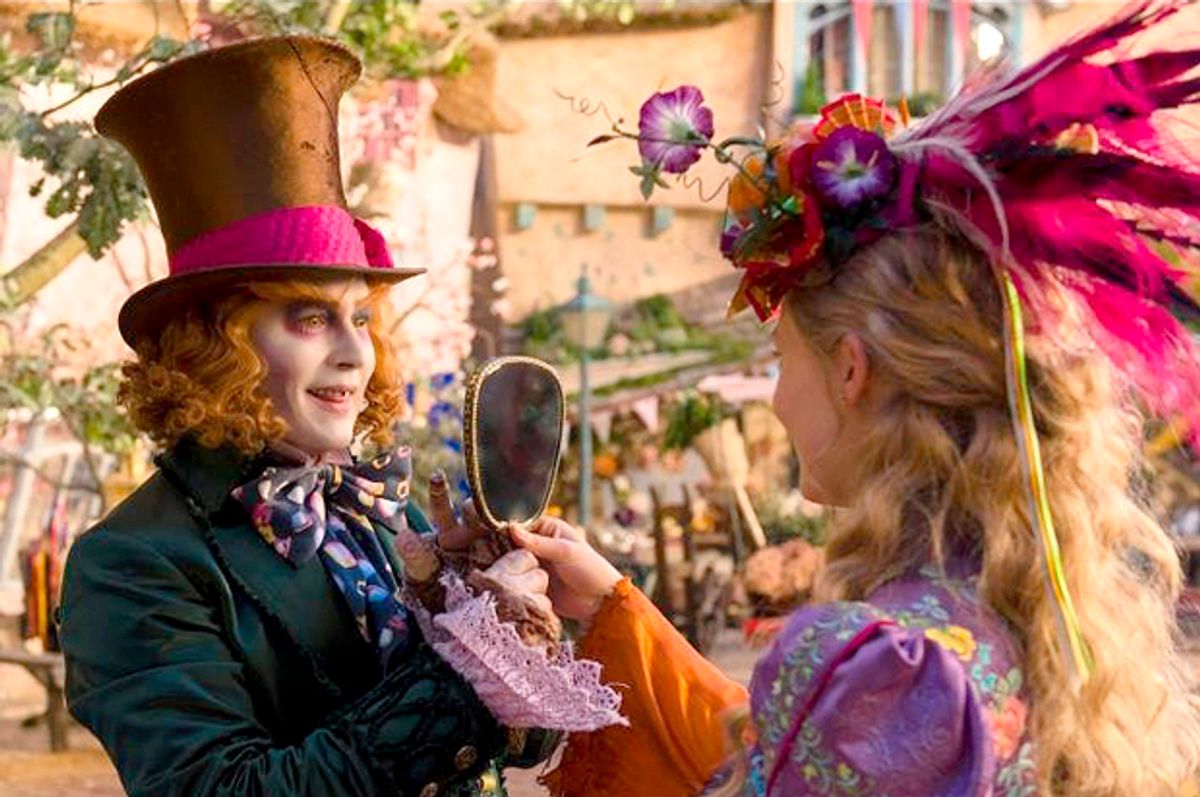 Don’t let the “record” numbers fool you: Hollywood is in major trouble.

2016 is seemingly off to a stellar start, with box office revenue up 3.4 percent from last year (at the time of writing). That early success has been boosted by expected money-printing machines (“Captain America: Civil War”) and breakout hits that were much bigger than originally anticipated (“Zootopia,” “The Jungle Book,” and “Deadpool”). But outside a handful of blockbusters, this year’s box office is doing extremely poorly. If we eliminate the movies that have made over $300 million this year (of which there are currently five, including the costly “Batman v Superman: Dawn of Justice”), the studios have taken in just $2.66 billion so far.

That might sound like nothing to sneeze at, but it represents a massive decline from 2015, when just three movies had crossed the three-century mark by the end of May. Outside the top tier, there was still $3.2 billion in money to go around. That marks a massive 26 percent drop off in the kind of moderate hits on which Hollywood used to be built.

It gets even worse the further back you go in time: In 2014, no movie grossed over $300 million in the first five months of the year, while the profits were spread pretty evenly across the board. At a time when “The LEGO Movie” and “Winter Soldier” topped the box office charts, the year-to-date total amassed $4.1 billion, which is 54 percent larger than the comparatively paltry 2016 total cited above.

While an increasingly small number of movies are making all the money, the industry is witnessing a meteoric rate of flops: Last weekend’s “Alice Through the Looking Glass,” the follow-up to Tim Burton’s 2010 Lewis Carroll adaptation, took in just $26 million in three days. That’s less than its predecessor (which ended with a $337 million haul) made in a single day. Forbes’ Scott Mendelson estimates that the sequel will tap out at $90 million domestically (even that seems optimistic given its poor reception), which would be a 73 percent decline between the two films. As Mendelson notes, “Looking Glass” could become the “first sequel to earn $200 million less domestic than its predecessor.”

The James Bobin-directed film, however, is just the latest film this year to be left to die by audiences. In the past five months, movies as diverse as “The Divergent Series: Allegiant,” “Huntsman: Winter’s War,” “Gods of Egypt,” “Jane Got a Gun,” “Zoolander 2,” and “Whiskey Tango Foxtrot” have all tanked at the box office. “The Bronze,” starring Melissa Rauch of “The Big Bang Theory,” earned a measly per-theater average of $336 in its opening weekend, one of the lowest ever. Just four movies that have played in more than 1,000 theaters have done worse.

The industry, though, must be getting used to this. When it opened in 2,333 theaters last August, headlines boasted the near-historic failure of Zac Efron’s EDM movie, “We Are Your Friends.” After its pitiful $1.7 million debut, the film claimed the fourth-worst opening weekend ever for a movie of its size.

But in the next month, two movies would surpass its Efron in box office failure—both on the same weekend. Jon M. Chu’s live-action remake of “Jem and the Holograms” and the Bill Murray-starring “Rock the Kasbah” earned a respective $570 and $758 per theater the weekend of October 23rd. If every theater that screened “Jem and the Holograms” showed the movie just four times a day during its opening weekend (which is a conservative estimate), that means less than six people attended each showtime.

The fact that a major studio release was basically playing to empty theaters across the country is the tip of the iceberg: In 2015, 41 movies ended their runs as box office bombs. That rate of financial failure registered a 28 percent increase over the year prior. It was also the worst total since 2011, the year of notorious duds like “Mars Needs Moms” and “The Green Lantern.”

That trend doesn’t show signs of slowing down: This weekend will see the release of “Teenage Mutant Ninja Turtles: Out of the Shadows,” which is projected to earn just $27 million in its first three days. That’s a major drop off from its 2014 predecessor, which took in a heftier-than-expected $65 million in its opening weekend (en route to a $191 million total). If “Out of the Shadows” meets expectations this weekend and follows the same multiplier as its predecessor, it will max out at $79 million, over $100 million less than the earlier edition.

Similar fates await “Neighbors: Sorority Rising” and “X-Men: Apocalypse,” tepidly reviewed sequels that are vastly underperforming out of the gates.

The summer season remains full of expensive question marks: David Yates’ “The Legend of Tarzan,” featuring Margot Robbie and Alexander Skarsgard, and the video game adaptation “Warcraft” (which is already earning extremely negative reviews) have flop written all over them. There’s also the remake of “Ben-Hur,” starring Jack Huston, an untested star most widely known for his role on TV’s “Boardwalk Empire,” and “Star Trek: Beyond,” whose release has been mired by some suspiciously iffy trailers. (Certainly, Paul Feig’s all-female “Ghostbusters” reboot knows a thing or two about that.)

Meanwhile, there have also been high-profile reshoots on David Ayer’s “Suicide Squad”—allegedly to “lighten the film’s tone”—and “Rogue One.” Starring Felicity Jones, recent reports have indicated that Disney is unhappy with director Gareth Edwards’ cut of the “Star Wars” spinoff. Coming so soon after last year’s rehaul on the abysmal “Fantastic Four” reboot—which has the dubious recognition of finishing with one of the worst-ever grosses for a superhero movie—that’s a very bad sign.

Disney, however, can afford to take a loss on a couple misfires because the studio has a trump card in its back pocket: It boasts all of the year’s highest-grossing films thus far. The same was true last year, when the studio put out three of the top-five earners: “Age of Ultron,” “Inside Out,” and “The Force Awakens,” the latter of which earned nearly a billion dollars on its own.

Other studios were not so lucky. The lion’s share of 2015’s record-breaking totals were shared between just two companies: Disney (of course) and Universal. Almost everyone else got hammered. Paramount, which recently merged with Viacom, posted a 36 percent decline, while Twentieth-Century Fox (26 percent), Sony (23 percent) and Lionsgate (10 percent) also sank. The same has been true this year: Only one of those studios—Fox—has released a movie in 2016 that earned over $100 million. The only film Lionsgate released this year that has even managed to break even domestically was “Dirty Grandpa,” which had a very small budget.

What will happen when only two studios release all the profitable movies and everyone else keeps making disasters like “Pan,” “Jupiter Ascending,” and “Aloha?” At a time when respected voices like Steven Spielberg, George Lucas, and Steven Soderbergh have prophesied the imminent “implosion” of the studio system, you don’t need a magic mirror to tell you Hollywood could be about to lose its head.