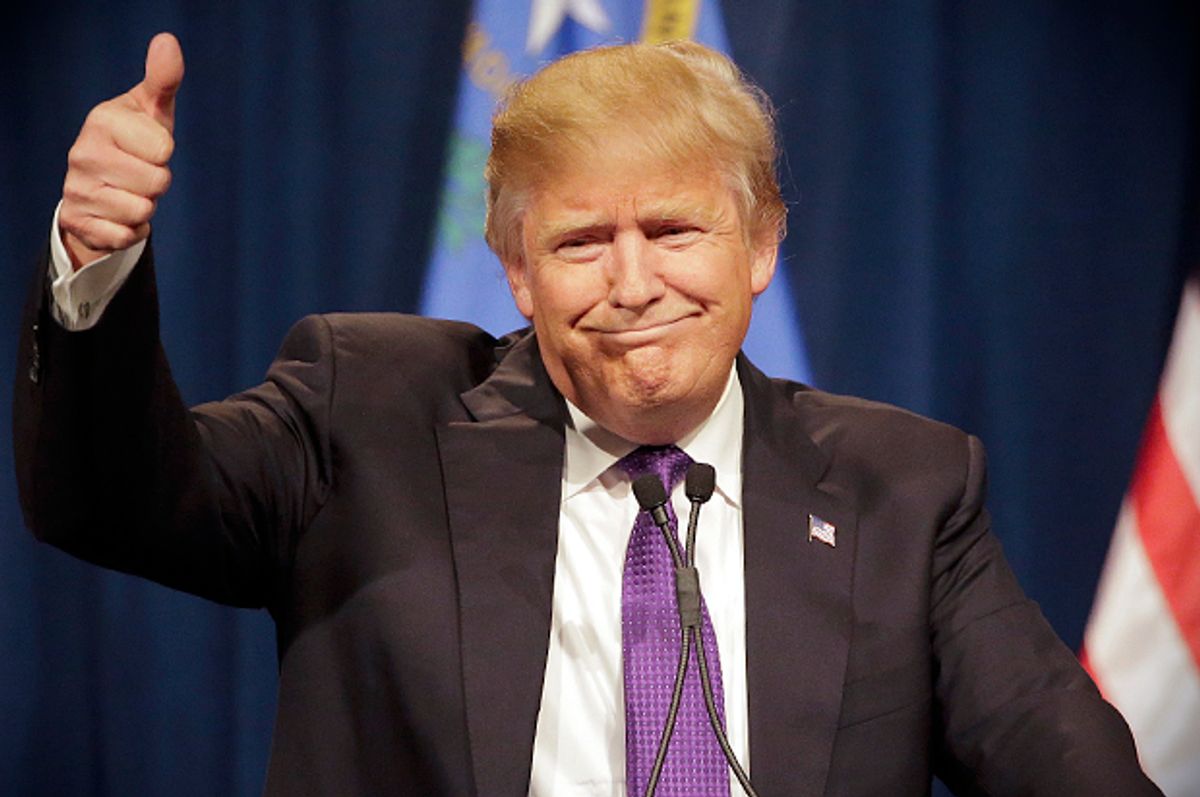 Donald Trump’s ongoing assault on federal judge Gonzalo Curiel is a critical and clarifying event in the 2016 presidential race. Curiel, if you haven’t been following the story, is the judge assigned to handle two class-action lawsuits against Trump University, which plaintiffs claim was scam operation designed to bilk them out of money they didn’t have. Trump has been on the offensive against Curiel, arguing at campaign rallies that he doesn’t get fair treatment from the judge because Curiel is of Mexican descent and Trump has proposed hardline immigration policies.

In an interview with The Wall Street Journal this week, Trump took things a step further, arguing that Curiel’s “Mexican heritage” represents a “conflict of interest” relating to the case:

In an interview, Mr. Trump said U.S. District Judge Gonzalo Curiel had “an absolute conflict” in presiding over the litigation given that he was “of Mexican heritage” and a member of a Latino lawyers’ association. Mr. Trump said the background of the judge, who was born in Indiana to Mexican immigrants, was relevant because of his campaign stance against illegal immigration and his pledge to seal the southern U.S. border. “I’m building a wall. It’s an inherent conflict of interest,” Mr. Trump said.

This argument, coming from the presumptive presidential nominee of a major political party, is so bad in so many ways. First and foremost: this is unguarded racism. Trump is stating in plain language that the judge responsible for handling lawsuits filed against him cannot be trusted to do his job properly because of his Mexican heritage. Comments like these aren’t “racially charged,” they’re not “controversial,” nor are they “inflammatory” – they are racist.

They’re also massively ignorant and reveal just how little understanding this would-be president has of the law or the courts. Trump is by no means the first defendant to argue that a judge can’t be impartial because of their racial identity, and when such claims have come up in the course of litigation they’ve been harshly rebuked. Plaintiffs in a 1998 case before the Second Circuit Court of Appeals argued that an Asian-American district court judge who had adjudicated their case should have recused himself on account of his race. The court rejected their argument forcefully: “It is intolerable for a litigant, without any factual basis, to suggest that a judge cannot be impartial because of his or her race and political background.”

This is also quite obviously a crude attempt at intimidation. Trump’s lawyers aren’t seeking to have Curiel removed, nor have they registered any complaints about conflicts of interest. But Trump is using his platform as a political figure and would-be president to hurl insults at a sitting judge who is overseeing a case in which he has a direct financial stake. He’s using Curiel’s ethnicity and the fact that he’s part of the “rigged” system to rile up his followers and stoke some nativist resentment. It’s dangerous, it runs contrary to the ideal of an independent judiciary, and it’s disqualifying for anyone seeking the presidency.

The dark irony in all this is that the person with the actual conflicting interests here is Trump himself. As David Graham writes at The Atlantic, Trump’s attacks on Curiel are part of a longstanding and “disturbing pattern of behavior” in which the candidate’s financial interests and political motivations have become entwined. “Trump has either proven incapable of disentangling his business concerns from his political campaign, or else is guilty of intentionally intertwining the two.” He’s using his political authority to try and discredit a public official whose rulings could end up costing him a lot of money. This is some dirty, dirty business from Donald Trump.