Algorithms aren't the future of good TV: To make the next "Fargo" or "The Americans," networks need humans 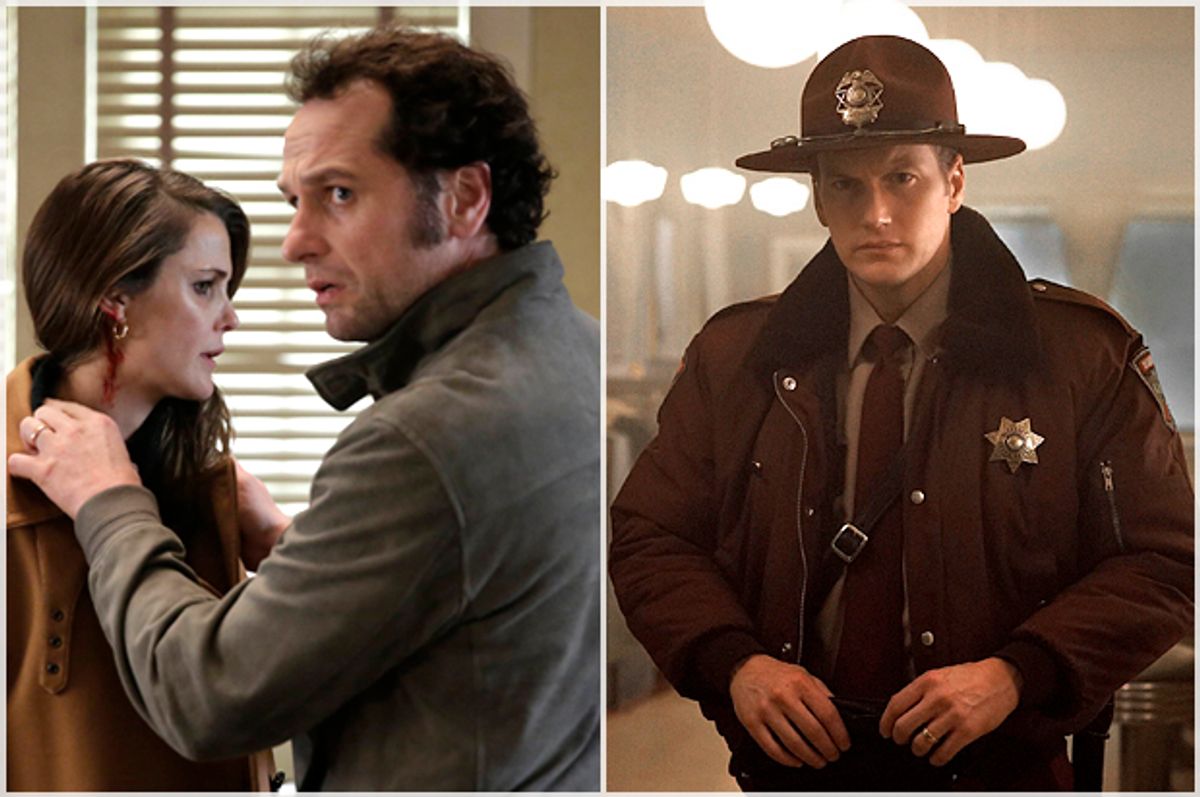 Lately, human beings seem to be dropping out of a lot of the roles they seemed perfect for. Driverless cars are being tested and could be mass-produced in just a few years. Music is now being written by artificial intelligence, with a Google computer writing a melody based on existing models. Video and visual art may be next. Despite the gee-whiz excitement of all this, machines gradually replacing human beings could do very rough things to employment as well as to the way we see ourselves. If we neither work nor write music, or if we share the tasks with computers, what does it mean to be human?

This is part of the reason that John Landgraf, CEO of FX, is becoming perhaps the most valuable executive is television. He’s famous for talking about peak television last summer. Over the weekend, he spoke about the way Silicon Valley thinking was invading television, and why we need to see the shepherding of culture differently.

In some ways, it’s a counter-intuitive argument: Regardless of what you think of Netflix or Amazon’s core business, their studios have produced some of the best television in recent years. Given the way both left and right have cozied up to Silicon Valley, and the huge amount of money these companies make, it sometimes seems that everyone idolizes them. (And speaking of television, the show “Silicon Valley” pokes only the gentlest bit of fun at the people who work there.)

What Landgraf said was that instead of emulating tech companies, television networks like his need to find another way. In a conference at Sony over the weekend, he spoke at a panel with "Fargo" showrunner and novelist Noah Hawley. “There’s a whole thing going on in Netflix right now and in Silicon Valley saying ‘we’re going to use algorithms to make creative decisions,’” Landgraf said. “I say ‘posh.’”

And why should Hawley take his idea for a series – like his latest, the comic-book based “Legion” – to a network at which people make the call? Again, from Variety:

This may sound weirdly old-fashioned, but it’s the ideal way a creative business should work – humans picking art created by humans so that other human beings can be entertained, have their souls stirred, whatever. For FX, it’s allowed them to get behind series as different as "Fargo," “American Horror Story,” “Justified,” “The Americans” and “Baskets.”

To be fair, Netflix and Amazon have people who care about programming as well. Veteran indie producer Ted Hope, who heads production at Amazon Studios, is one of the best-regarded people in the business. But will these tech companies commit to human curation over the long term? Will they, in other words, go against the algorithm-driven model that has made them so much money? Will Amazon’s success with intelligent shows and movies someday seem as fleeting and incomplete as their early hiring of editors or their attempts at a publishing imprint?

It shouldn’t shock us that the leader of a network would stand up for the human race. But in 2016 that counts as visionary non-conformity. Let’s hope Landgraf keeps spreading the word.