"He wants to make [Pyke] great again": Euron Greyjoy is the "Game of Thrones" Donald Trump

"I'm not comparing Greyjoy to Trump," says Pilou Asbaek, who plays Euron, "but it's obvious, it's very close" 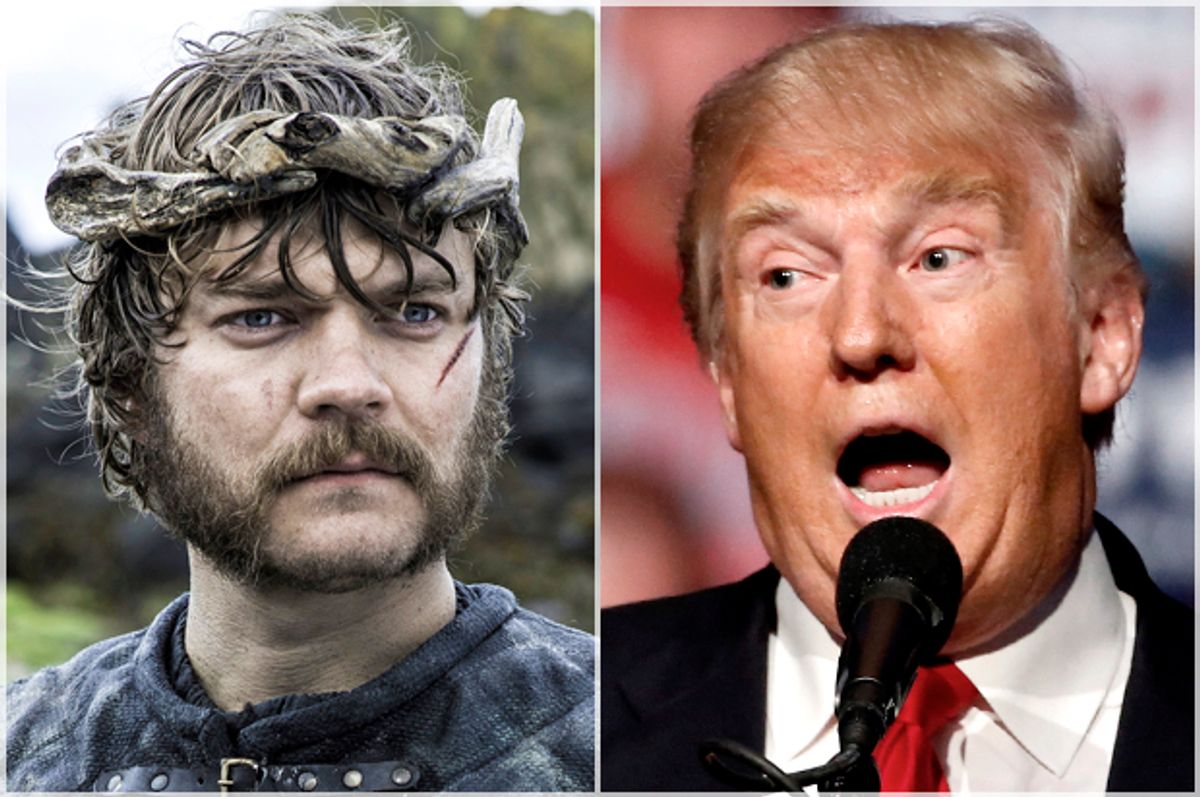 Greyjoy showed up in Pyke a few weeks ago to off his brother, Ironborn king Balon Greyjoy, and stand against Balon's daughter Yara in the Kingsmoot, the ritual election of the ruler of the Iron Islands. Despite a rousing endorsement from prodigal heir (and Yara's brother) Theon, who returned to Pyke mutilated and traumatized after escaping the clutches of Ramsay Bolton at Winterfell, Euron's over-the-top speech won over the assembled Ironborn.

"Now [Trump is] going to be maybe selected as the Republican candidate, he needs to be more soft because he needs the rest of the audience to follow him," he continued. "So maybe Euron will do the same."

No word on whether this year's GOP convention will include the full Pyke ritual, which includes holding the presumptive king's head under water while reciting prayers to the Drowned God until he loses consciousness.

Read the full interview over at The Hollywood Reporter.