"One of the worst mistakes Trump has made": Even Newt Gingrich is fed up with Trump's racists attacks against Trump University judge 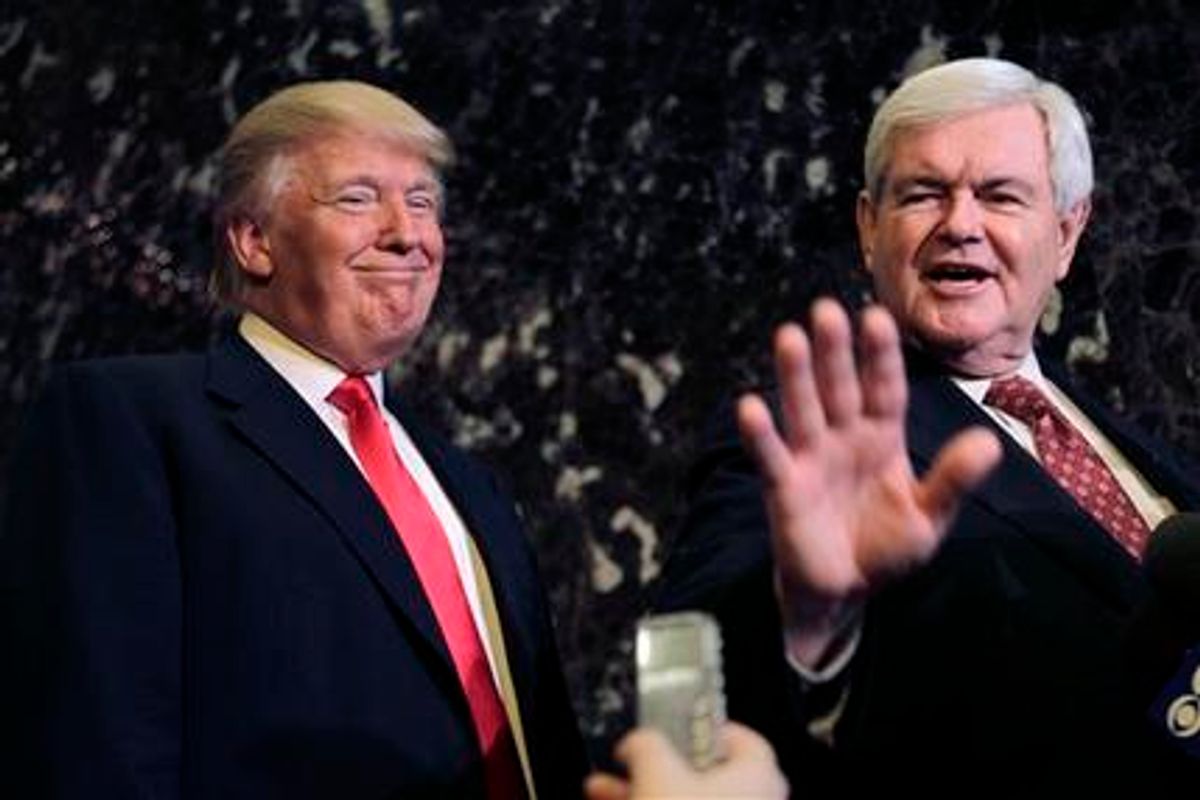 Donald Trump may have just won over a reluctant Paul Ryan, but his continued racist rants against the Mexican heritage of the federal judge presiding over Trump University cases has left top Republicans rushing to distance themselves from Trump's "new level" of bigoted campaigning -- even Newt Gingrich.

Over the weekend, Trump defended his argument that Judge Gonzalo Curiel has “an inherent conflict of interest” because he is “of Mexican heritage,” by remaining consistent in his open bigotry, admitting that a Muslim-American judge would also be inherently biased against the controversial candidate who has loudly promoted an unconstitutional ban on Muslims entering the United States.

“I’m building a wall,” Trump has grown fond of pointing out while attacking Judge Curiel's heritage.

“I don’t know what Trump’s reasoning was, and I don’t care,” Gingrich told the Washington Post in an email over the weekend. “His description of the judge in terms of his parentage is completely unacceptable.”

“This is one of the worst mistakes Trump has made,” Gingrich said.

“First of all, this judge was born in Indiana,” he continued. “He is an American. Period.”

Gingrich told host Chris Wallace that Trump, whose grandparents immigrated to the United States, “should know this better than anybody.”

“This is no longer the primaries. He’s no longer an interesting contender. He is now the potential leader of the United States, and he’s got to move his game up to the level of being a potential leader,” Gingrich argued, adding that Trump must now quickly “move to a new level.”

Responding to Gingrich's seemingly shocking disapproval, Trump swung back during an interview on Fox News' "Fox and Friends" Monday. “I was surprised at Newt,” the presumptive GOP presidential nominee said. "I thought it was inappropriate what he said.”

"It was inappropriate." Trump reacts to Gingrich saying it's 'inexcusable' to question a judge based on ethnicityhttps://t.co/oarWEmNzaa — FOX & Friends (@foxandfriends) June 6, 2016