One of Trump's core selling points is competence, and the dysfunction of his campaign team badly undermines it 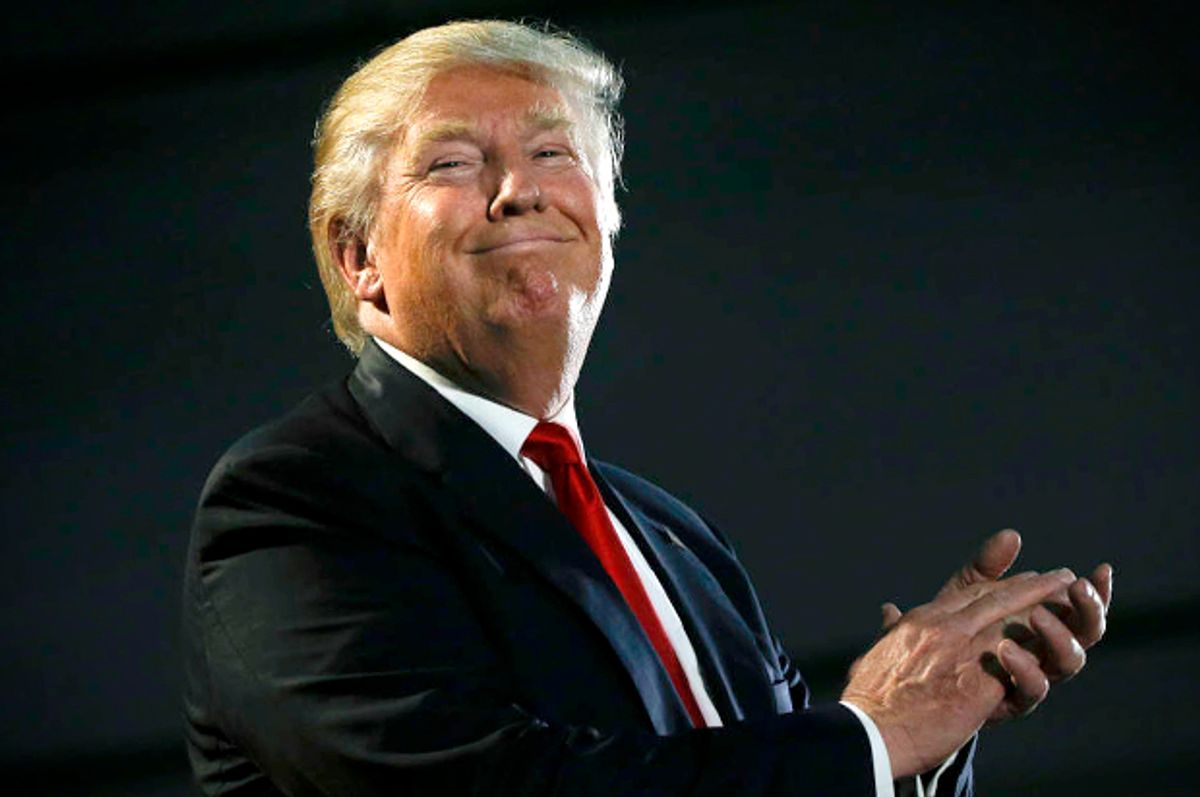 At various points throughout Donald Trump’s march through the Republican presidential primary it became fashionable for pundits to declare that Trump was “pivoting” to the general election and becoming more “serious” as a candidate. Part of that narrative was nurtured along by Trump himself, who told everyone that he could change personalities on a dime and act “presidential” when it suited his interests, and it became accepted conventional wisdom that whenever Trump delivered a pre-written speech or penned a newspaper op-ed, that was part of his evolution from the seat-of-his-pants bombthrower who won the nomination to a more conventional general election candidate.

Despite all the times this evolution was chronicled, it never actually happened. Trump is still Trump, and despite exhortations from prominent Republicans to moderate his behaviors, he is clearly incapable of changing who he is. Trump has been unleashing a torrent of explicitly racist garbage of late, targeting the federal judge who’s handling the Trump University lawsuits because of his Hispanic heritage. The Trump message hasn’t evolved, and as MSNBC reports, the Trump campaign organization itself is still a ramshackle, bag-of-cats enterprise that seems thoroughly incapable of effectively mounting a national campaign.

Veteran operatives are shocked by the campaign’s failure to fill key roles. There is no communications team to deal with the hundreds of media outlets covering the race, no rapid response director to quickly rebut attacks and launch new ones, and a limited cast of surrogates who lack a cohesive message.

“They don’t or can’t cover it all, and there are things that happen that need to be addressed immediately and don’t get addressed at all, and that hurts the candidate,” a source within the campaign groused last month.

There’s internecine warfare between rival factions within the campaign, and staffers are puzzled and disheartened by the campaign’s lack of coherent messaging and the candidate’s damaging, impulsive behaviors. The lack of organization and structure has been hamstringing Trump all throughout the election cycle, but he lucked out the in primary given that his opponents collectively chose not to attack him until it was far too late to make a difference. That scenario isn’t going to repeat itself in the general election, and, as MSNBC notes, the effects of the campaign disorganization are already being felt in the lack of a cohesive response to Hillary Clinton’s blistering attack on his foreign policy proposals.

The chaotic campaign organization presents a series of immediate problems, but it also poses a threat to one of the key planks of the Trump campaign message: competence. Trump’s promise to restore the greatness of America rests on his self-proclaimed brilliance as a businessman and dealmaker, which he contrasts to the corrupt ineffectiveness of the Washington establishment. “Real leadership is about competence,” Trump wrote in an op-ed last October. “I have a record of attracting the best and the brightest to my organization and I would continue to bring that talent to serve the people.”

“The best and the brightest” in this case are fighting among themselves to box each other out and retain their influence over the candidate, which has resulted in paralysis and dysfunction. Again, from MSNBC:

Making things difficult is the ongoing rivalry between Trump’s top adviser Paul Manafort, who was brought in to professionalize the campaign in March, and longtime staff like campaign manager Corey Lewandowski and press secretary Hope Hicks, who is essentially the lone media contact for reporters.

While Manafort handles every aspect of the campaign outside of travel and communications, per the source, Lewandowski and Hicks actually join Trump on the road and have his ear on a moment-to-moment basis. The source described the two as determined to block Trump from voices that might undermine their control, which has made hiring new senior staffers difficult despite the obvious need.

Right now Trump seems to be caught in a negatively reinforcing cycle of bad news: the Trump University story won’t go away and his campaign team is too disorganized to effectively respond, which impels Trump to act, which makes things worse and only serves to reinforce how ineffective his campaign is. The mess just keeps getting worse, and the team responsible for cleaning it up doesn't get any better. Throughout all of this, Trump comes off as a bumbling, clueless, and incompetent manager, which is the precise opposite of how he’s sold himself to the public.