"The people asking the questions—those are the racists," Trump reportedly told supporters. "I would go at 'em." 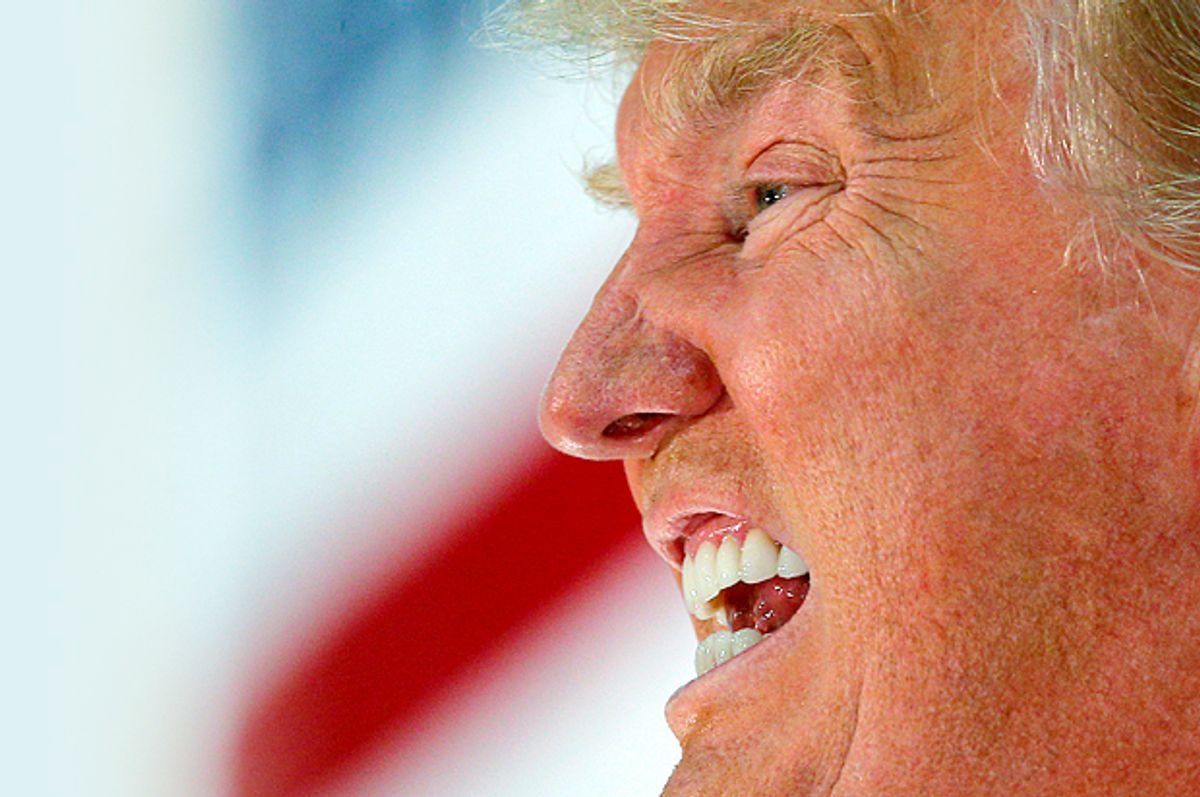 Donald Trump never apologizes. It's one of his made-up rules written in the "Art of the Deal" and apparently the only guiding principle the blustery political neophyte possess.

According to a new report from Bloomberg News, Trump is not backing down from his latest controversial comments attacking an Indiana-born federal judge as a "Mexican" who is "inherently biased" against Trump because the presumptive Republican presidential candidate has staked his campaign on building a giant wall on the U.S.-Mexico border.

During a conference call with national surrogates on Monday -- including with Florida Attorney General Pamela Bondi, who received thousands in campaign contributions from Trump after refusing to investigate complaints into Trump University -- Trump instructed them to intensify their retorts to reporters inquiring about Trump's offensive comments, arguing that "The people asking the questions—those are the racists."

"We will overcome," Trump told supporters, according to two unnamed surrogates who were on the call.

In another passage, Bloomberg reports that Trump then went on to humiliate one of his staffers:

When former Arizona Governor Jan Brewer interrupted the discussion to inform Trump that his own campaign had asked surrogates to stop talking about the lawsuit in an e-mail on Sunday, Trump repeatedly demanded to know who sent the memo, and immediately overruled his staff.

"Take that order and throw it the hell out," Trump said.

Told the memo was sent by Erica Freeman, a staffer who circulates information to surrogates, Trump said he didn't know her. He openly questioned how the campaign could defend itself if supporters weren't allowed to talk.

"Are there any other stupid letters that were sent to you folks?" Trump said. "That's one of the reasons I want to have this call, because you guys are getting sometimes stupid information from people that aren't so smart.