Amid backlash, Donald Trump says his comments about Mexican-American judge have been "misconstrued"

"I feel justified in questioning whether I am receiving a fair trial," he said in a statement Tuesday 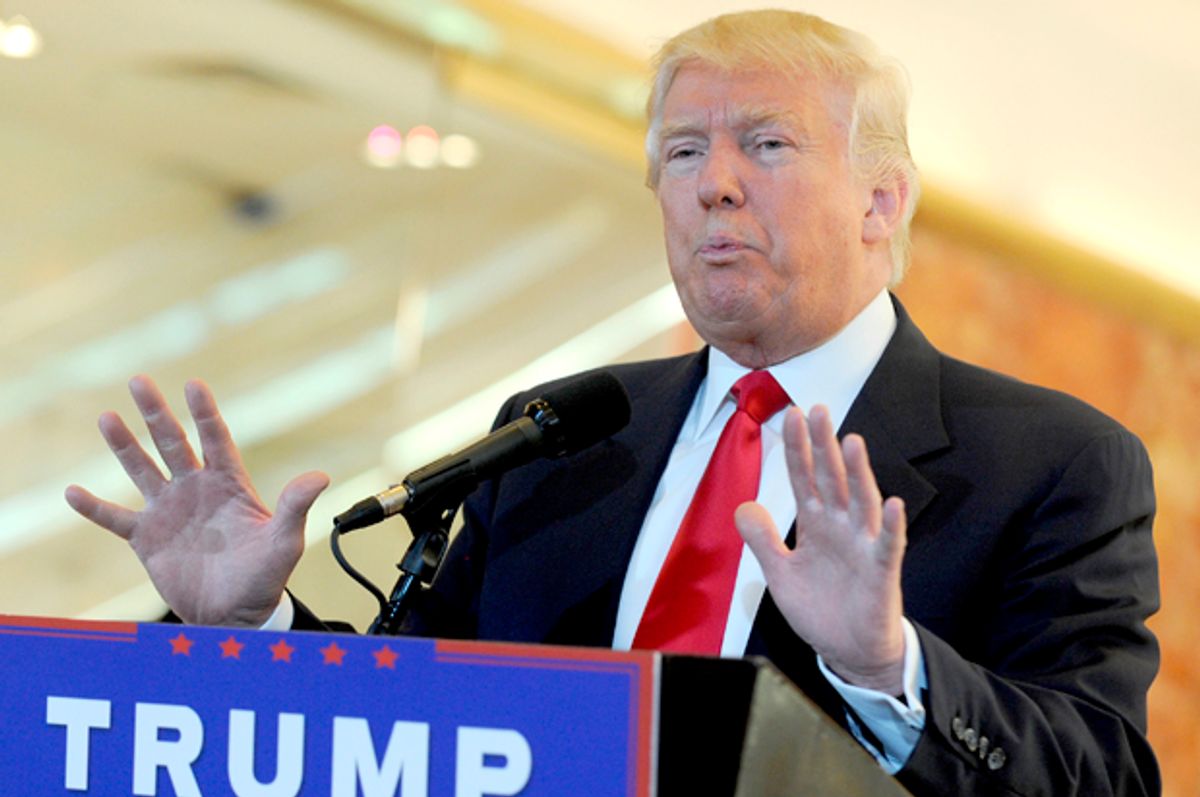 GOP nominee Donald Trump released a statement Tuesday in an effort to clear the air surrounding his recent comments regarding Mexican-American U.S. District Judge Gonzalo Curiel, who's presiding over class-action lawsuits against the defunct Trump University.

In the statement, Trump claimed his comments had been, "misconstrued as a categorical attack against people of Mexican heritage."

"The American justice system relies on fair and impartial judges. All judges should be held to that standard. I do not feel that one’s heritage makes them incapable of being impartial, but, based on the rulings that I have received in the Trump University civil case, I feel justified in questioning whether I am receiving a fair trial.

"Normally, legal issues in a civil case would be heard in a neutral environment. However, given my unique circumstances as nominee of the Republican Party and the core issues of my campaign that focus on illegal immigration, jobs and unfair trade, I have concerns as to my ability to receive a fair trial."

"I do not intend to comment on this matter any further," he concluded.