Sanders has been arguing he would win with superdelegates, but that's been a pipe dream since day one 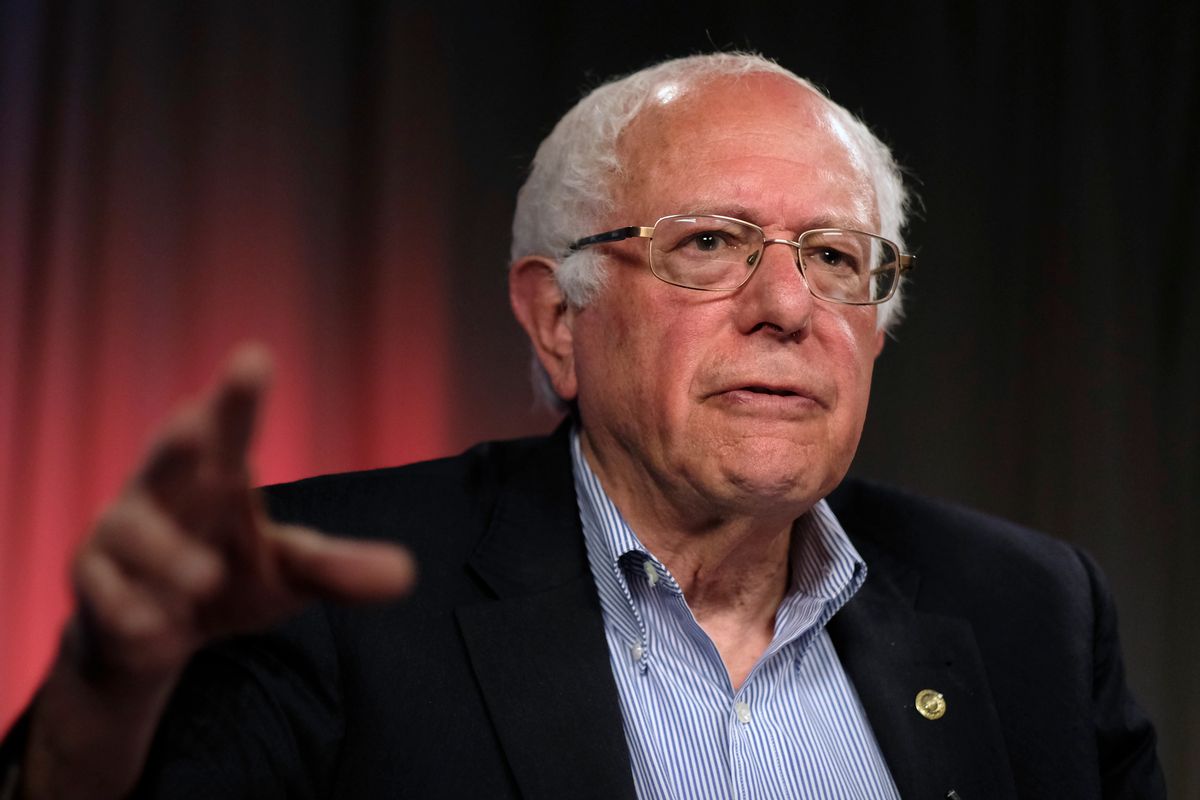 To readers who were waiting to see that headline on Wednesday — after Clinton is expected to secure enough delegates, win or lose California, to safely say she has the majority of pledged delegates — the headline might seem a little bit of a surprise. Sure, the California primary is mostly a formality at this point, but a combination of Bernie Sanders' unwillingness to admit defeat and the gendered expectations that Clinton not seem too eager to declare victory had made it so there was a widespread, tacit agreement to wait until after California before officially declaring her the winner.

The story isn't about California's primary, however, but about the superdelegates. The Associated Press surveyed the superdelegates — a group of party insiders, mostly politicians and other long-term devoted Democrats who are given free choice to vote at the convention, unlike pledged delegates that are sent by state conventions — and found that most of them, by a long shot, plan to vote for Clinton at the convention.

The timing of the story is strange, coming out on the very day that Clinton is expected to perform well, and likely sweep, California and New Jersey's primaries. The story seemed tailor-made to stoke the already high levels of paranoia in the circles of the most devoted Bernie Sanders supporters, reinforcing Sanders's own narrative that Clinton is being anointed, a narrative that persists despite the fact that Clinton has the majority of pledged delegates, votes and has consistently held her lead in the polls over Sanders throughout the race.

Sure enough, Glenn Greenwald at the Intercept ran an accusatory piece sneering that the "nomination is consecrated by a media organization" and that the "decisive edifice of super-delegates is itself anti-democratic and inherently corrupt."

Greenwald, an avid Sanders supporter, only marginally notes that Sanders' plan for winning the nomination, despite having lost the popular vote, was to beg those eeeeeeeevil superdelegates for their vote by telling them Clinton doesn't have what it takes to beat Trump, an argument that only doesn't get called "sexist" because the meanies on Twitter will act like whining babies if you observe the obvious.

Clinton herself wants nothing to do with this announcement, though she expressed her feelings on Twitter with the sort of diplomacy that reminds one she used to run the State Department.

Clinton has good reason to be circumspect. The Sanders strategy in the past few weeks has been to make contradictory arguments regarding the delegate system, simultaneously denouncing superdelegates as irredeemably corrupt and justifying his continued campaign by claiming he can appeal to them to overturn the will of the voters at the convention.

The only way for Clinton to put an end to this nonsense is for her victory to be absolute, winning the majority of pledged delegates and superdelegates and voters, so that Sanders and his supporters will stop saying that if you stand on your head and squint really hard and recite "there's no place like home" three times, he's really the winner.

Instead, by running this story before Tuesday's primaries handed Clinton a clear-cut victory in pledged delegates, the AP just fueled conspiracy theories about Clinton snatching Sanders's supposed victory away through cheating. Now the inevitable narrative will be that Sanders totally had a chance to woo those superdelegates away, but the AP's story will instead scare them off from hearing the mind-blowing last minute pitch to vote Sanders.

But let's be clear: The Sanders strategy to win the nomination through the superdelegates was doomed from day one. Barring kidnapping their children and holding them for ransom, Sanders simply didn't have a convincing pitch, much less leverage, over these voters.

You don't need a PhD in psychology to understand this. People become superdelegates for various reasons, but by and large it's because they are loyal Democrats who have served the party in one capacity or another for years, usually decades. Sanders is someone who only joined the party to run for president, making him a Johnny-come-lately.

That wouldn't be fatal — Barack Obama was a relative newcomer, though his entire history was also one of party loyalty — but then Sanders proceeded to spend months painting Democrats as corrupt corporate sellouts. Sure, he aimed most of those criticisms at Clinton, but most political insiders grasp that Clinton is a standard-issue Democrat, nearly identical to Obama (and most Democrats) on policy, and therefore if you say it about her, you're saying it about them all.

Sanders also spent months blasting superdelegates specifically, their existence being held out as evidence of this supposed corruption.

Now he's calling up these folks that he has spent months decrying as sellouts and elitists who are just out for themselves and asking for their vote. The only thing really surprising here is that Sanders got any of them on his side. The AP's report was just confirming what anyone who has a basic understanding of human nature could have told you: People don't like people who don't like them.

The incoherence of the Sanders superdelegate strategy is epitomized by the debacle that was the Nevada state convention. The state party chair of Nevada, Roberta Lange, is an unpaid volunteer. She was also an uncommitted superdelegate, according to research compiled by Sanders supporters. (I'd link more, but a lot of the sites offer personal information that could be used to threaten and harass.) But she became the subject of a vicious harassment campaign after some Sanders supporters decided she was to blame because they were unable to prevail over the popular vote at the Nevada convention.  Instead of defending her, Sanders threw fuel on the fire, claiming that "the Democratic leadership used its power to prevent a fair and transparent process from taking place" in Nevada.

Lange hasn't officially declared for Clinton, but after being treated by Sanders this way, one struggles to imagine she'll be voting for him.

This all seems so obvious that it's hard to imagine Sanders ever truly believed he would be able to sway enough superdelegates to overcome Clinton's substantial lead in pledged delegates. The likelier explanation, then, is that the superdelegate strategy was never anything more than a feint, a way to justify staying in a race that Sanders is losing on every single front and keep his supporters coasting long in hope that there is going to be some magical solution to the "problem" of Clinton winning just because she got more of the votes and more of the delegates.