Bob Odenkirk to play David Carr: Why the "Better Call Saul" and "Breaking Bad" star is perfect for this role 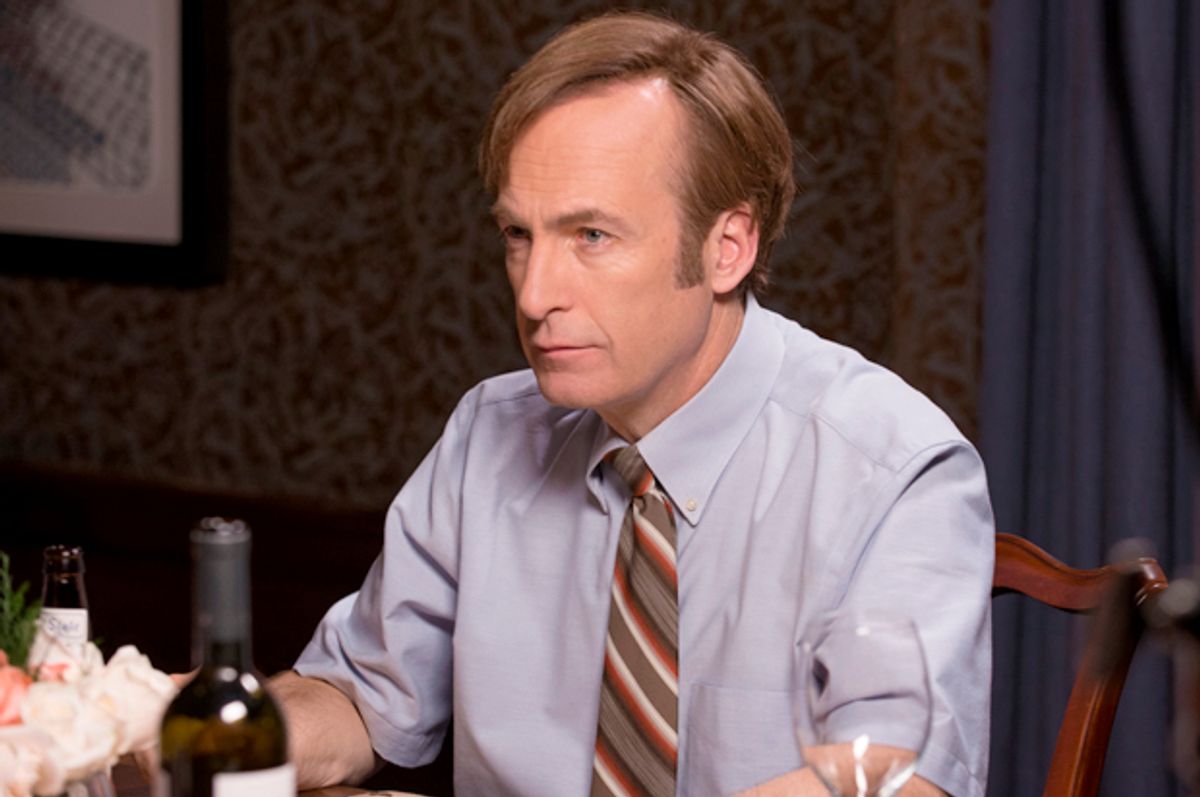 “The Night of the Gun” wasn’t just one of the most engagingly written books of the last decade or so, it was one of the strangest: Its author and protagonist, David Carr, was so stoned, drunk, or generally confused during many important events – some of them violent or scary -- that he had to go back and report the facts of his own life because he couldn’t trust himself to get them right. “It would prove to be an enlightening and sickening enterprise,” he wrote, “a new frontier in the annals of self-involvement. I would show up at the doorsteps of people I had not seen in two decades and ask them to explain myself to me.”

The book told the story of a journalist who fell in and out of drugs and alcohol, who beat up girlfriends and pulled a gun on a good friend… who went on to become a well-respected culture and media reporter at the New York Times. The book was not just about substance abuse and redemption, but how unreliable memory could be. Carr died in 2015 from complications around lung cancer, after collapsing in the Times newsroom. In the years before, he had written some of the best stories on corruption at the news corporation Tribune, covered the Oscars with far more intelligence than most, and all but stolen a documentary about the press, “Page One.”

AMC has just announced a six-part limited series based on “Night of the Gun,” which includes a partnership with Sony Pictures Television and an adaptation by Shawn Ryan, showrunner of “The Shield.” (Eileen Myers, who has written for “Big Love” and “Masters of Sex,” will also write.) Six episodes would be too much for some books, and could be too many for this one. But it may’ve found its perfect casting in an actor who plays a small-time lawyer in “Better Call Saul” who transforms into a big-time crooked lawyer in “Breaking Bad”: Bob Odenkirk has the right blend of gritty, theatrical, charming and unstable energy to play Carr.

"I read David's story, The Night of the Gun, when it came out and was wildly entertained by his saga," Odenkirk said in The Hollywood Reporter's story. "It's a story of survival filled with pain, crack, journalistic righteousness, abandoned cars, crooks, lies, and then there's the two little girls who saved his life; it's overstuffed with humanity. Shawn Ryan is the man to explore this real anti-hero story. I hope to do justice to David's intellect and his scrappy nature. It's gonna be crazy ... if we do it right.”

It will probably be crazy no matter what – Carr’s story is so extreme that it’s hard to imagine a mild telling of it. The key will be whether Odenkirk can capture Carr’s voice – not just his writing voice but his spoken voice – its weird mix of drawl and rasp, of weariness and assertiveness. (At least some of Carr’s raspiness came from covering the September 11 attacks on New York City.)

Some fellow journalists I knew saw Carr as a showboat, someone with an over-the-top shtick. But he combined a lot of the field’s best qualities with a dramatic style and, needless to say, self-destructive tendencies.

Even before “Breaking Bad,” of course, Odenkirk, has done just about everything that matters in television, from writing for "Saturday Night Live" to collaborating with David Cross in the cult sketch comedy project “Mr. Show” to performing on “Curb Your Enthusiasm” and “Weeds.”

Odenkirk’s Saul is oddly charming without being particularly cool. He’s not that handsome, he’s not that tough, and he does more talking than fighting. Odenkirk has shown that he'd be perfect, then, for portraying a newspaper reporter. The show still needs to be greenlit – but this looks promising. And David Carr deserves it.